Major exhibition opens of the artists who put poetry, myth, love and death first and foremost

European art between the late 19th and early 20th centuries was not all about Impressionism and Modernism. The latest exhibition at Milan’s Palazzo Reale, Symbolism: European art from the Belle Epoque to the Great War (until 5 June), invites audiences into murkier territory, to meet artists who retreated from reality into the “abyss” of the unconscious mind.

With 150 paintings, sculptures and prints drawn from public and private collections across Europe, the show presents Symbolism as a language with many accents. In Britain, France, Belgium, Austria, Germany and Italy, artists went in search of new forms to express the universal values of life, death and love, inspired by the classical myths that nurtured Sigmund Freud’s nascent psychoanalysis (The Interpretation of Dreams was published in Vienna in 1900). 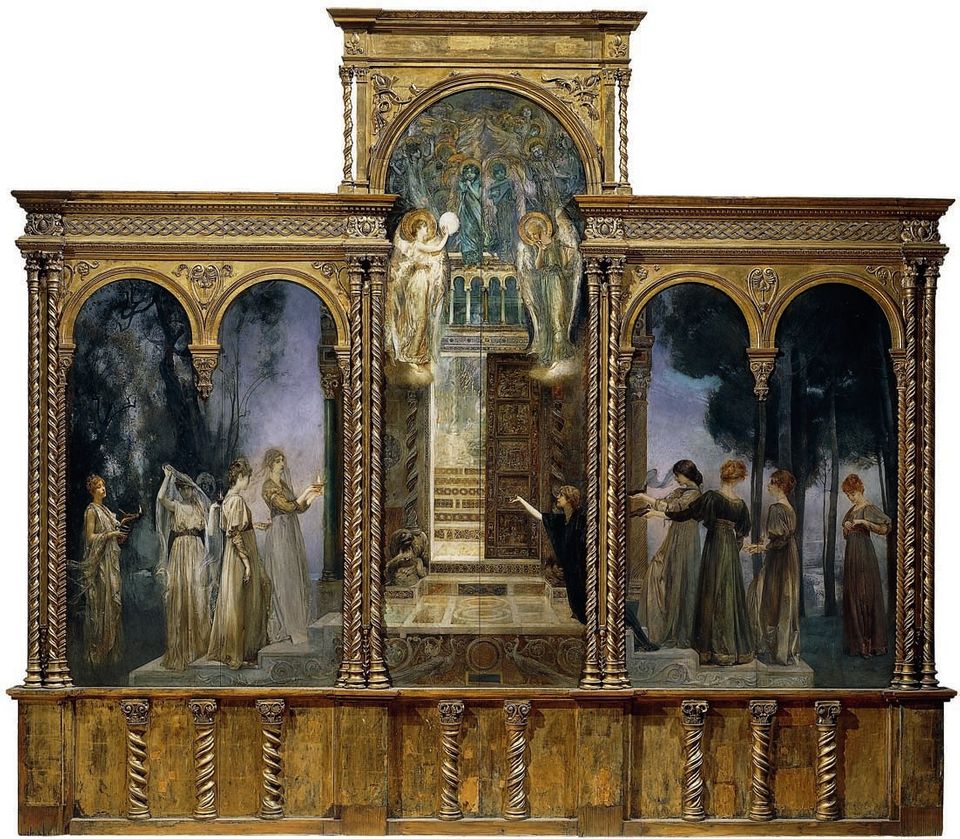 The show closes with a tribute to the Sala dell’Arte del Sogno (hall of the art of the dream) at the 1907 Venice Biennale, an exhibition which marked the consecration of Symbolism in Italy. Ca’ Pesaro in Venice is also lending Giulio Aristide Sartorio’s 14-panel decorative cycle, The Epic Poem of Human Life, which was created for the Biennale’s central hall that year. Sartorio’s polyptch The Wise Virgins and the Foolish Virgins (1890-91), from Rome’s Galleria Comunale d’Arte Moderna, is among more than ten works that have been specially restored for the exhibition.