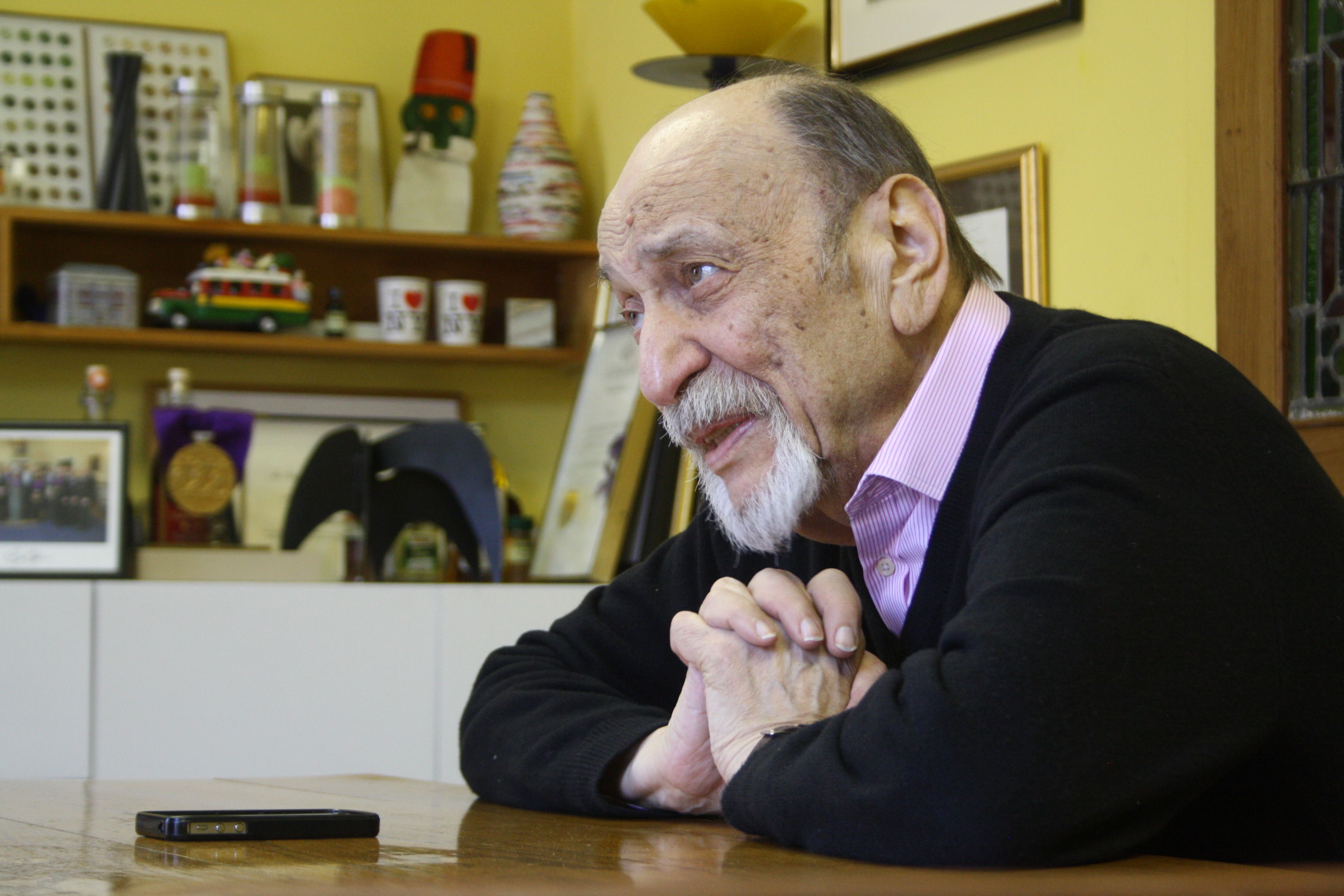 Milton Glaser, the graphic designer who created the famous “I ♥ NY” logo, as well as a psychedelic poster for Bob Dylan inspired by a silhouette self-portrait by Marcel Duchamp and many other landmark pieces of visual design, died on his 91st birthday on Friday. His wife, Shirley Glaser, told The New York Times the cause was a stroke.

Glaser said he came up with the idea for the “I ♥ NY” logo in the back of a taxi, sketching it out on an envelope with a red crayon. The original drawing is now held in the collection of the Museum of Modern Art (MoMA) in New York. Used since 1977 to promote tourism for the city, the pared-down graphic has since appeared on every conceivable piece of merchandise and became the official slogan of New York, as well as a fiercely held symbol of affection for its residents. After the 11 September terrorist attacks, Glaser released a new version of the logo stating “I ♥ NY More Than Ever”, with a black smudge on the heart, sold to raise funds for charities. “I’m flabbergasted by what happened to this little, simple nothing of an idea,” Glaser told The Village Voice in 2011. 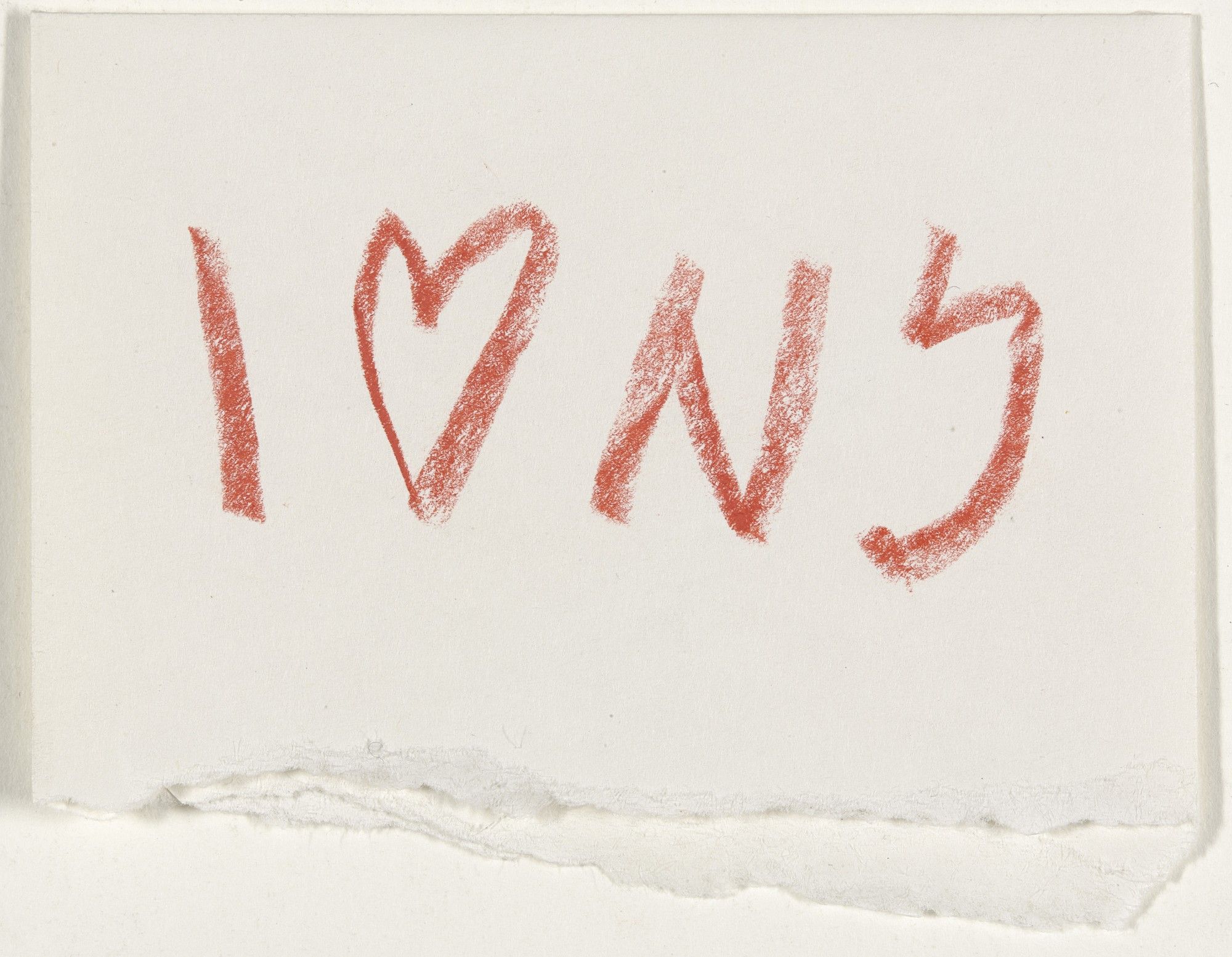 Milton Glaser, I (Heart) NY concept sketch (1976), now in the collection of the Museum of Modern Art, New York

Born in the Bronx to Hungarian Jewish immigrant parents, Glaser went to the High School of Music & Art in Manhattan, and then later the Cooper Union for the Advancement of Science and Art. After graduating in 1951, he received a Fulbright scholarship and studied hard ground etching with the painter Giorgio Morandi at the Academy of Fine Arts in Bologna. Returning to New York in 1954, he co-founded the design firm Push Pin Studios, which published the influential magazine The Push Pin Graphic, and became a guiding force of the visual aesthetic of that era. He also started New York magazine with the editor Clay Felker in 1968, and served as its president and design director until 1977. 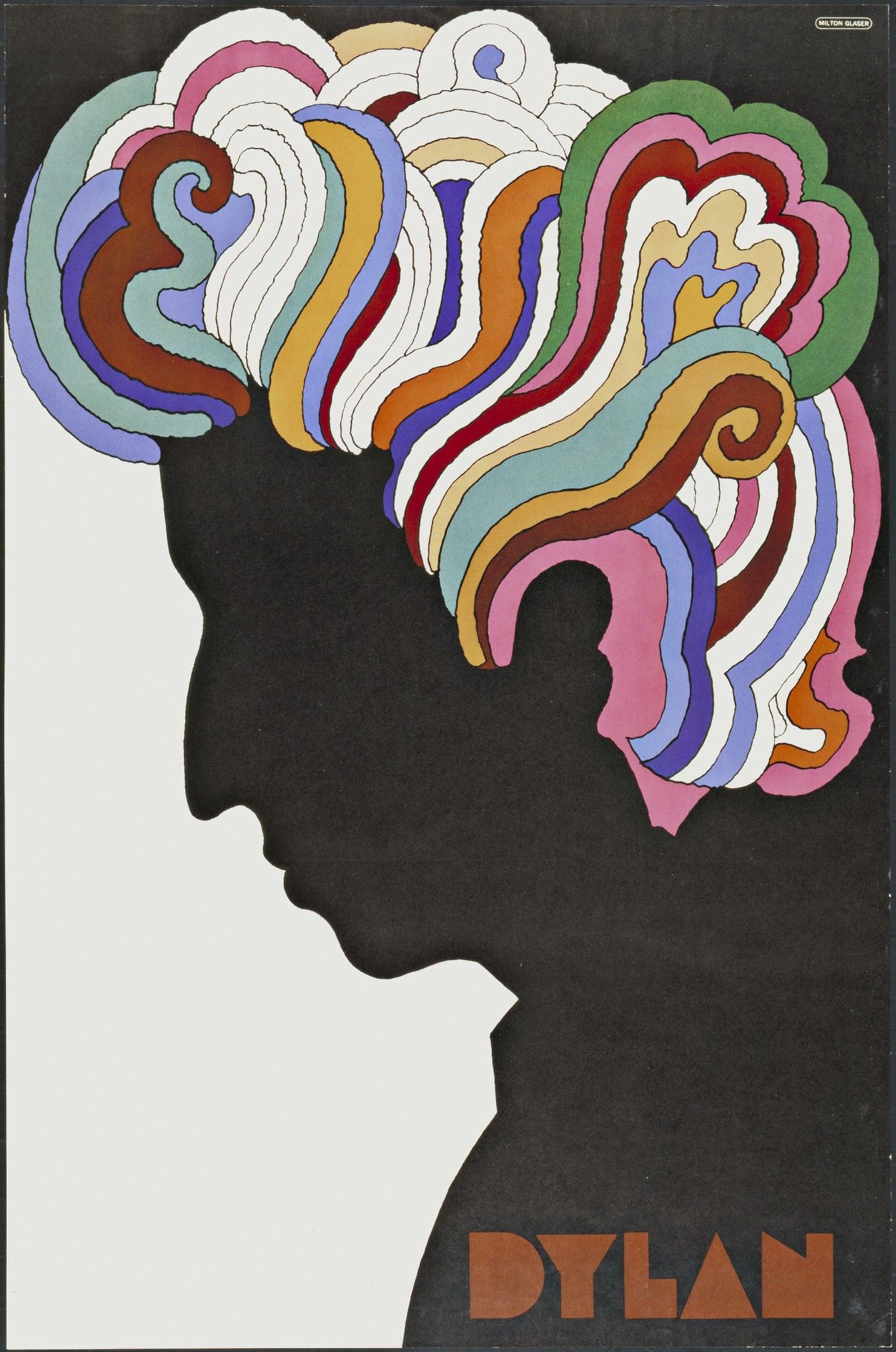 After 20 years there, Glaser left Push Pin to start his own company and was given a solo show at MoMA in 1975. "By the early seventies, Milton Glaser had become the nearest thing to a cultural hero America's graphic design had produced in many years. His stylistic versatility and fertile imagination have influenced countless designers the world over," MoMA’s design curator Emilio Ambasz wrote of the designer at the time. “He has created a delightful graphic garden where Piero dell a Francesca talks to Matisse, and Marie Cassatt nods to Hokusai. It is a most urbane paradise, with Milton as its gardener, pruning and transplanting, always developing new hybrids, a rake in one hand and in the other a watering can filled to the brim with inks of many colors."

Glaser continued to work into his 80s, teaching and serving on the board at the School of Visual Arts in Manhattan, where he also co-curated the 2005 exhibition The Design of Dissent; writing books including Art Is Work (2000), and Drawing Is Thinking (2008); and creating the poster for the final season of the television series Mad Men in 2014. He received a lifetime achievement award from the Cooper-Hewitt National Design Museum in 2004 and was the first graphic designer to receive a National Medal of Arts in 2009.

A $93.1m Basquiat and reams of records for hot young names kicks off New York auction week at Christie's

A $93.1m Basquiat and reams of records for hot young names kicks off New York auction week at Christie's

Black Obsidian Sound System: 'Thanks for the Turner Prize nomination, here are our terms'

Black Obsidian Sound System: 'Thanks for the Turner Prize nomination, here are our terms'

‘The Colosseum is the last thing I would spend money on’: experts angry over plans for €15m floor at Italy’s most famous site

‘The Colosseum is the last thing I would spend money on’: experts angry over plans for €15m floor at Italy’s most famous site