International museum leaders speak out against the treatment of "the best, most dynamic, and most innovative art museum director in North America" 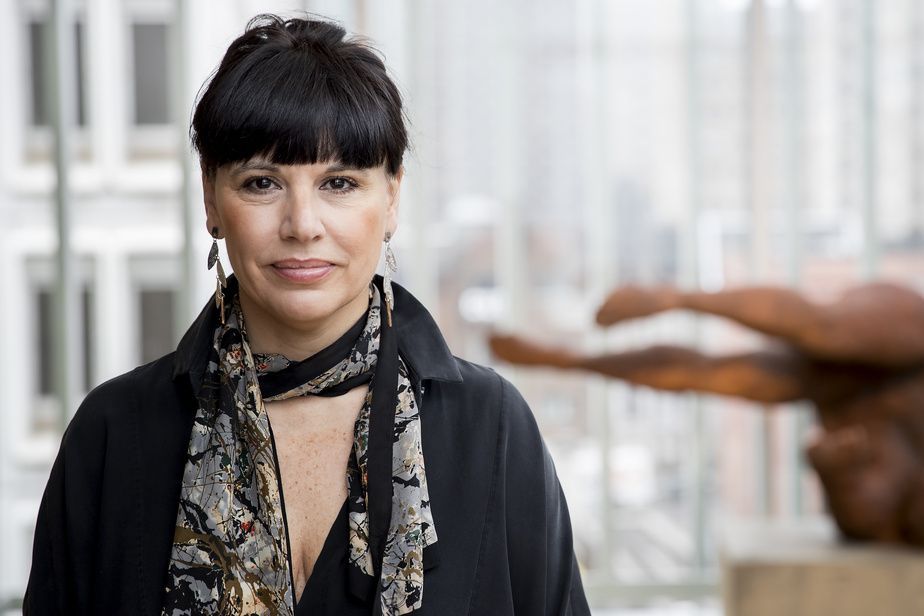 Museum leaders have voiced their disapproval of the abrupt dismissal of Nathalie Bondil, the director general and chief curator of the Montreal Museum of Fine Arts, on Monday. The Musée d'Orsay in Paris is the first museum to announce that it is suspending its cooperation with the Montreal museum, putting into question the Canadian leg of a joint exhibition on the naturalist Charles Darwin. The show, which opens in Paris from November to February, was due to travel to Quebec next summer. A spokeswoman for the Montreal museum, however, says the exhibition is still on its programme for 2021. Laurence des Cars, the head of the Musée d'Orsay, tells The Art Newspaper she is "appalled by the absolutely unacceptable and shocking conditions of Bondil’s sacking".

"Bondil has put the Montreal Museum of Fine Arts on the international map and showed us and millions of visitors that art and humanism could be a tangible reality," says Emma Lavigne, the director of the national contemporary art centre, the Palais de Tokyo. Describing herself as "overwhelmed by emotion", she denounced "an act of pure violence, which threatens the spirit and the life of our institutions".

The former French culture minister Jean-Jacques Aillagon adds that the "brutality of the procedure is unimaginable", while the director of the Musée Picasso Paris, Laurent Le Bon, praises Bondil’s "impeccable professionalism". The director of the Virginia Fine Arts Museum in the US, Alex Nyerges, tells The Art Newspaper: "Simply put, Nathalie is the best, most dynamic, and most innovative art museum director in North America. This is a travesty, an injustice that needs immediate rectification."

The Montreal-based Riopelle Foundation, which is involved in a C$20m ($14.8m) project for a new museum wing dedicated to the Canadian abstract painter Jean Paul Riopelle due to open for the centenary of his birth in 2023, called Bondil, "a stalwart leader" who "propelled the museum to unprecedented heights," in a statement. It is meeting in the coming weeks to assess the "considerable impact of this unfortunate situation", a spokesperson adds and that it hopes a "happy ending can still be found to this saga".

In Paris, Emma Lavigne, director of the Palais de Tokyo, announced she "will not be able to work any more with the museum". "No one and certainly no head of a museum should be treated like this," Jean-Luc Martinez, director of the Louvre, said to the Quotidien de l'art. And Bernard Blistène, chief curator of the modern art museum in Beaubourg, said he was "stunned and angry" and "completely supportive of Nathalie Bondil, whom he admires for her passion".

A petition launched online by members of the museum, which has gathered more than 1,500 signatures, demands that Bondil’s dismissal be suspended until "an independent audit on the management of the museum and the board" could be produced by the culture ministry. On Thursday, Nathalie Roy, the culture minister for Quebec, announced on Radio Canada that she would be appointing an independent firm to investigate the situation. She says she has been "left in the dark" by the museum's board, which has refused to share the report it quoted as the reason for Bondil's dismissal. "As the largest funder of the museum, at a rate of $16 million annually, the Québec government considers itself entitled to ask questions and obtain answers on the management and governance of the Museum and its council of administration," Roy said in an official statement.

The decision from the museum's board of directors came after internal tensions between the two parties played out publicly in Montreal media, with reports that the long-serving director was being “sidelined” by the chairman of the board, Michel de la Chenelière, during the selection of a new director of the curatorial division, Mary-Dailey Desmarais, a curator who is related to major patrons of the museum.

According to Bondil, De la Chenelière decided to sack her for "insubordination" when she disagreed with the conditions of the appointment. The board chose Desmarais, who the selection committee considered to be too young and without any management experience. Bondil proposed that she be named deputy director of the division instead.

On Wednesday, the curatorial team of the Montreal Museum of Fine Arts all signed a statement in support of Desmarais’s appointment, in response to "numerous comments, many of which are damaging to her reputation and that of the Museum". The curators say that "Mary has won our profound respect through her openness to collaborate, her intelligence, her ability to listen and learn quickly, her discretion, her modesty, her integrity and the quality of her scholarly publications."

• This article was updated to include information from the Montreal Museum of Fine Arts that the Darwin exhibition remains on its programme for 2021.