More than dust on the surface: on Jean-Etienne Liotard's pastels 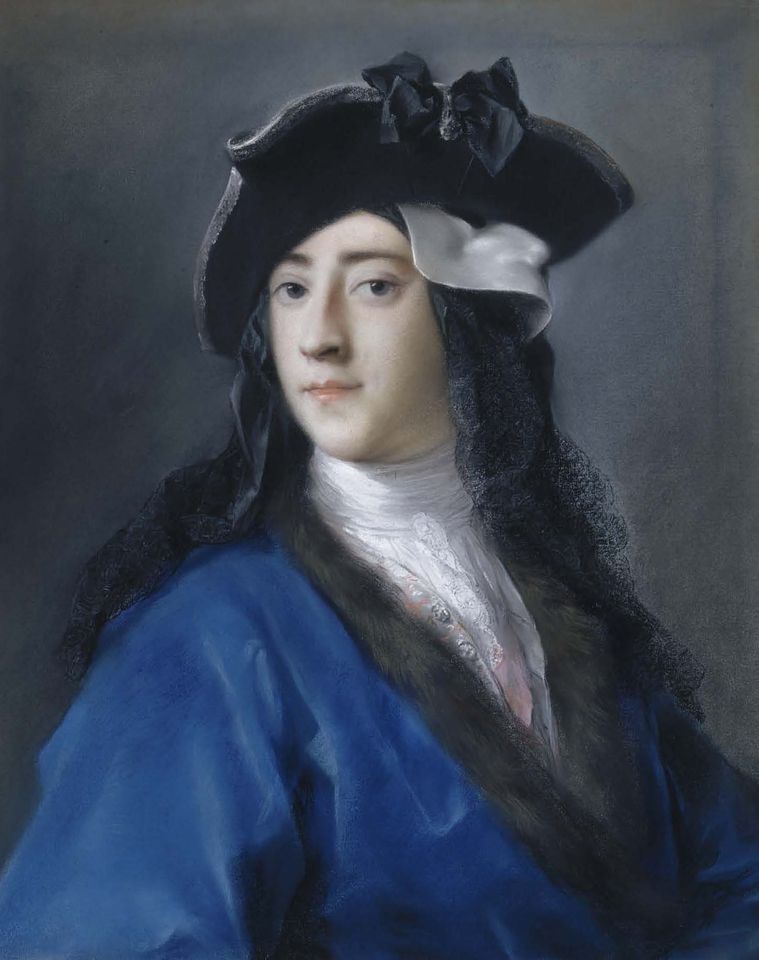 Rosalba Carriera’s portrait of Gustavus Hamilton (1730-31), one of the dashing pastels which made Carriera’s name and established pastel as an art form

Pastel is a paradoxical medium. It is the most fragile of materials—essentially dust rubbed on a surface (usually paper). It is easily disturbed and impossible to fix without altering its character. Yet when it is well cared for, pastel is a stable medium, lacking as it does the amount of binders, stabilisers, driers and adulterants that cause oil paints to discolour. The colours of 18th-century pastels are sumptuously rich and vivid compared with darkened oil paintings of the period.

The Art of the Pastel offers a profusely illustrated survey of pastel art from its origins around 1500, concluding in 1900. Rather than write an integrated narrative, the authors have elected to tell the story of pastel with short introductions to particular periods and centres of activity, followed by summaries of the most prominent pastellists of that era, each illustrated with one to ten images. In an age when summary biographies and illustrations are available online, this approach risks redundancy. However, there are no monographs that cover such a wide range of works in pastel over many eras and countries and the authors succeed in presenting a unified overview, complemented by an appendix of scientific and manufacturing data.

The first pastel drawings were made in Northern Italy, emerging from the circle of Leonardo in the 1490s. Initially, the limited range of colours was supplemented by natural chalks. Pastel was first used to add a touch of naturalism to drawings, and (rarely) in preparatory studies for paintings. With the advent of professional colourmen, manufacturing techniques advanced and the range of colours broadened, making pastel a viable independent medium. Pastels, finely powdered pigment bound by gum solution and dried in small sticks, offered the advantages of speedy execution, portability and lower price than a full range of oil paints.

The ambiguous status of pastel was associated with the struggles of female artists to work professionally in the 18th century. Women’s ability to study and practice as artists was limited. Due in part to the uncertain classification of pastel art by academies, some female pastellists gained membership of academies in England and France. One of the first major pastel artists was the Venetian Rosalba Carriera (1673-1757), who popularised pastel and was acclaimed for her portraits. Work in pastel would be dismissed by academicians —including Joshua Reynolds— as a woman’s genteel pastime.

Due attention is given to Manet and the Impressionists, whose tenets of broken colour, quick execution and plein-air production were suited to working in pastel. The greatest exponent of pastel painting was Edgar Degas (1834-1917). Degas’s technique was rigorously refined over years and highly personal. He combined pastel with tempera, gouache and oil essence; he drew over monotypes and experimented by concocting fixative solutions, the formulae of which he kept secret. In terms of versatility, inventiveness and richness, Degas’s pastels mark the apex of the medium.

A serious omission from this study is pastel counterproofs, first produced by the Impressionists. It was discovered that one could cover a pastel painting with a blank page and run it through a lithographic press, thereby creating a lighter reversed version (a counterproof) of the painting without damaging the original. Mary Cassatt completely reworked counterproofs, making from them new works of art.

As the plethora of schools and individual pastellists in the late 19th century broadens, so omissions inevitably creep in. The American Tonalists and Belgian Symbolists are not covered in depth. However, the wealth of valuable information, current research and judiciously sel ected illustrations outweigh the few omissions. The Art of the Pastel is a valuable and enjoyable reference work for anyone interested in pastels.

Jean-Etienne Liotard, the catalogue produced to accompany the recent exhibition in Edinburgh and London, surveys the artist’s pastels. Born in Geneva, Liotard trained as a portraitist before embarking on a lengthy tour of the Levant. He stayed in Constantinople from 1738 to 1742, producing portraits of diplomats, the aristocracy and well-off merchants. On his return to Western Europe, his long beard and his Eastern dress made him a noteworthy figure and battened onto the craze for turquerie. He quickly established himself as a pastel portraitist in the courts of London, Paris and Vienna. Liotard’s pastels are distinguished by super clarity, fidelity to nature and bright palettes. Contemporaries criticised the flatness of Liotard’s modelling and the brightness of colour. Authors discuss Liotard’s art as Orientalism, the role of clothing in his pictures, his self-portraits, still-lifes and royal patronage. A catalogue section provides succinct but thorough information about each of the 82 exhibited items.

• Alexander Adams is a British critic and poet. His latest long poem, On Dead Mountain, is published by Golconda

The Art of the Pastel