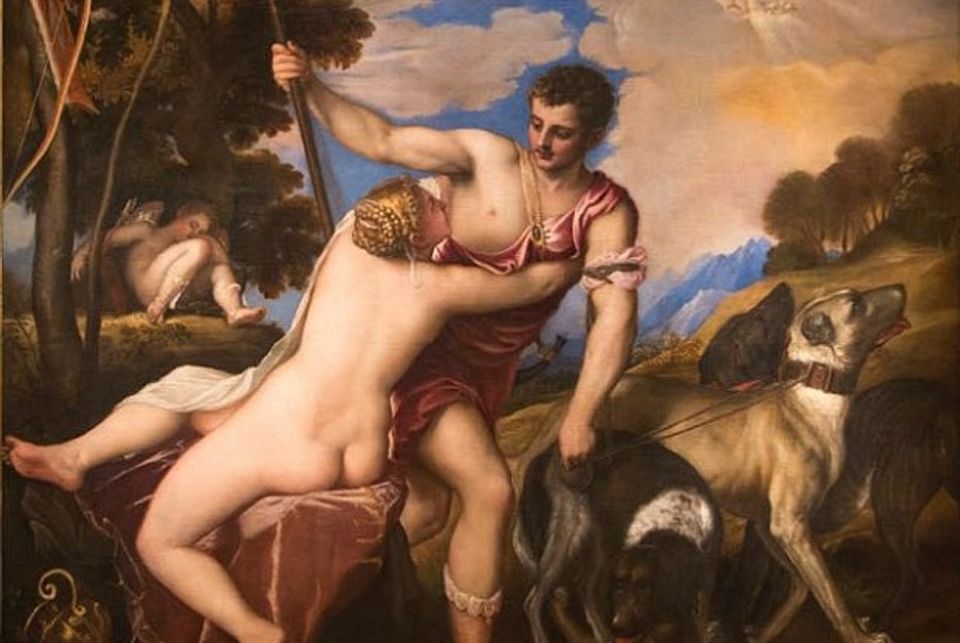 The State Pushkin Museum's exhibition of Venetian Renaissance art (Renaissance Venice: Titian, Tintoretto, Veronese. From Italian and Russian Collection) closed on 20 August but one painting is still making waves. Previously thought to be a copy of Titian’s Venus and Adonis, experts at the Pushkin say it is the earliest surviving version of the work and now the Moscow museum wants to buy it through crowdfunding. It does not come cheap though—the painting is reportedly estimated to be worth between $10m-$20m.

This is not the first time that the Pushkin has asked Russians to dip into their pockets. In 2015 the museum crowdfunded around $40,000 to restore an ancient Egyptian veil. The Venus and Adonis is significantly pricier but the Pushkin's director Marina Loshak is confident that the cash will be raised, regardless of Russia’s economic situation.

“Despite difficult times, the museum always feels the love and support of its visitors, ‘friends of the museum’, and donors”, she says. “We do not expect the fundraising to happen quickly. It will be a long process that requires great work and attention.” The museum was reluctant to reveal how large its budget was for 2016-17, but in 2012 it received around $8m with 80% of funding coming from the government and the rest generated through tickets sales and donors.

The painting was snapped up by a dealer in France in 2005 who thought it was a copy before selling it to the Russian collector Vladimir Logvinenko. The collector would not reveal how much he paid for the painting but said that it was “much more” than the €50,000-€70,000 the previous buyer forked out. Logvinenko contacted the Pushkin's chief researcher and custodian of Italian paintings, Victoria Markova, to help restore the painting, but he was in for surprise. After a quick look, Markova judged the work to be by Titian.

“When a painting has three layers [of paint] it’s difficult to determine if it’s an original. Marina had a look at it, made certain technological and radiographic research, and concluded it was an original”, Logvinenko says. “However, Marina and I realised we couldn’t restore the artwork in Russia as there aren’t enough Venetian art restorers here”.

They sent the Venus and Adonis to Italy where the country’s Ministry of Culture, Gallerie dell’Accademia in Venice, and Madrid’s Prado Museum backed up Markova’s research. The painting was restored in a Venetian art gallery and eventually sold by Logvinenko to “a group of collectors who are not Russian”.

For a long time it was believed that Titian’s Venus and Adonis on show at the Prado Museum was the earliest edition still in existence, painted in 1554 for King Philip II, but this may no longer be the case. “The Prado decided to study [the Moscow painting] and found a preliminary drawing under the colourful layer of the canvas, thus it should be considered the first version of the famous composition, which served as both the model for the Madrid canvas and numerous repetitions,” Loshak says.

Dmitry Butkevich, an art critic from the Kommersant FM radio station, said that that the Pushkin only has one chance, otherwise the likes of Sotheby’s and Christie’s will come knocking. Butkevich said: “There are very few works of this level on the market...I’m sure the list of those wanting to possess the painting is quite long”.