While its physical location was closed by the combined impact of government reprisals and the global pandemic, the museum lives on as a digital space 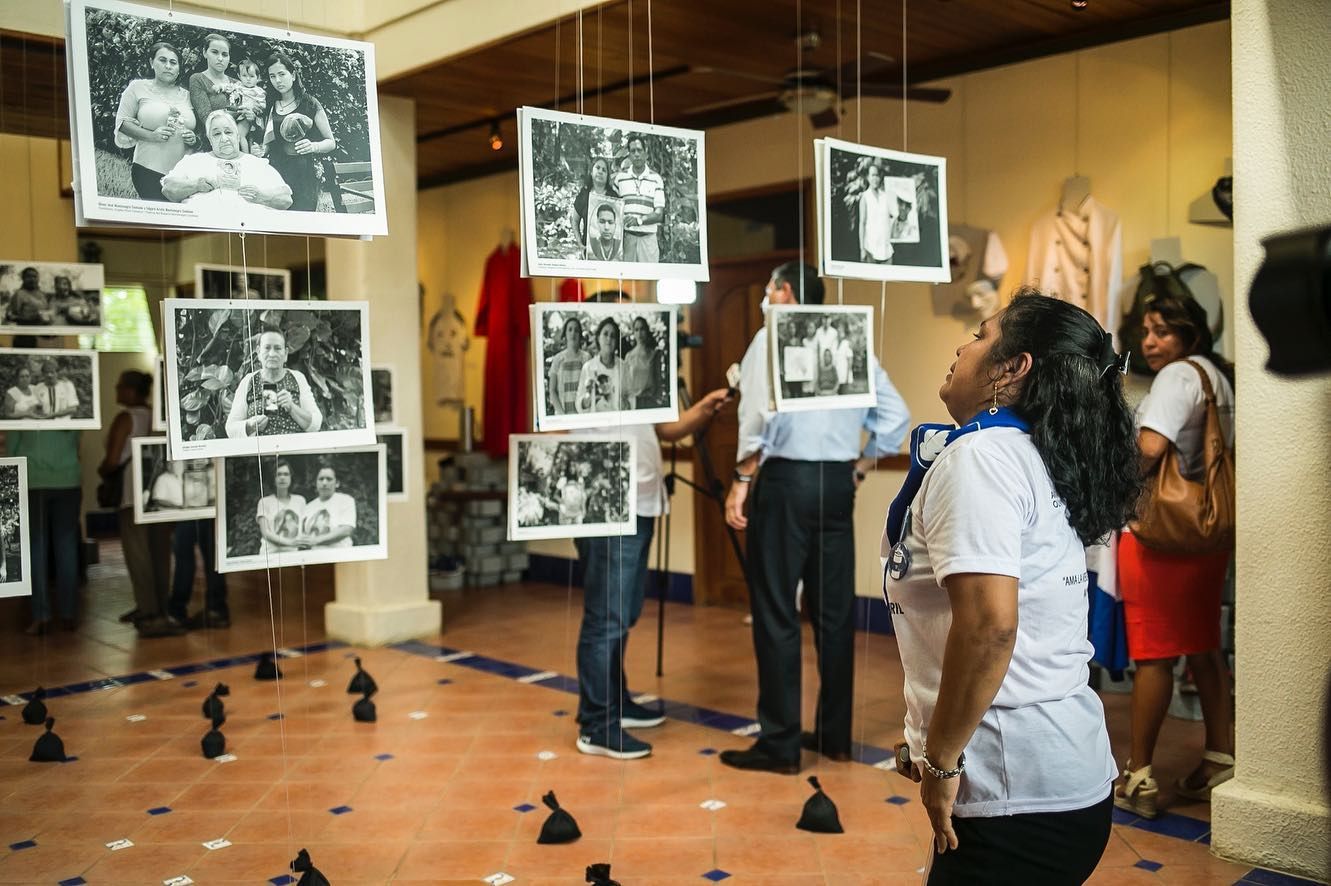 In 2018, as protests and political assassinations rocked the second poorest country in the Western Hemisphere, Nicaragua’s Mothers of April Association (AMA) organised to support the victims of state repression and their families. The group quickly embarked on initiatives focused on memory, reparations, and justice. Among their most emblematic projects was a national Museum of Memory. This week the institution—renamed the Museum of Memory Against Impunity in Nicaragua—received an award from the Violeta Barros de Chamorro Foundation, a major Central American NGO focused on free speech rights and press freedoms.

Open to in-person visitors in galleries provided by Managua’s Institute of History for Nicaragua and Central America through February 2020, the museum currently exists as a multimedia gallery dedicated to the victims of the Ortega dictatorship. Besides displaying photos and ephemera collected from the victims’ families, it also features, among other displays, a forensic reconstruction of the 30 May Mothers’ Day massacre (it claimed 17 lives and 200 injured), a podcast devoted to the victims’ memory, as well as a ‘zine that provides answers to crucial questions regarding specific instances of human rights violations in that country—“Who were the victims?” “What happened to them?” “How should they be remembered?”—as well as an “analysis of patterns of state repression and the socio-demographic status of those affected”.

Closed due to the joint impact of government reprisals and the global pandemic, the museum has recently seen its profile significantly raised. Important coverage has appeared in the local press and in international outlets such as CNN, The San Diego Tribune, Germany’s Deutsche Welle and Spain’s El País. Before it closed its physical location, the museum had received 10,000 in-person visitors in an atmosphere rife with government intimidation. Since going fully virtual, the museum has received more than 30,000 unique visitors.

When reached by telephone in Costa Rica, the museum’s director, Emilia Yang Rappaccioli, told The Art Newspaper that she is extremely grateful to the Violeta Barros de Chamorro Foundation for its recognition of the museum’s contribution to “digital innovation to benefit press freedoms,” but that she wished to share the award “with that vast network of partnering institutions and anonymous professionals who have elected to serve memory and truth.”

An Annenberg Fellow and PhD candidate in Interdisciplinary Media Arts and Practice at the University of Southern California who also lost her uncle to the violence in 2018, Yang Rappaccioli also expressed a desire to find additional institutions in the US and Europe to partner with for future exhibitions. “Historical memory,” she said, “is like a vaccine against impunity and forgetting.”