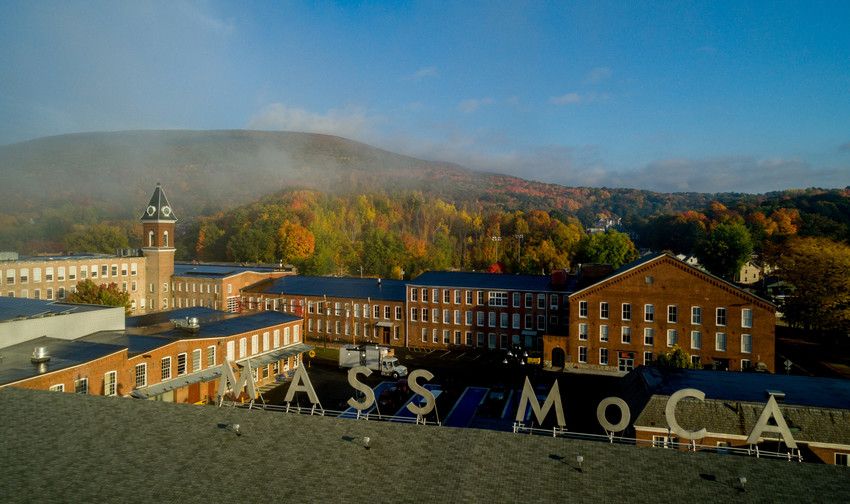 Although the re-opening of New York’s museums remains weeks away, other art institutions in the northeastern US are beginning to allow the public in after months of lockdown, with the Massachusetts Museum of Contemporary Art (Mass Moca) leading the way on 12 July. Located in the rural Berkshires region and housed in a sprawling former factory, the museum is well suited to social distancing, but challenges remain.

Over the weekend, the museum welcomed roughly 1,000 visitors, which represents about half of the usual footfall this time of year under normal circumstances, according to its director Joseph Thompson. “Even though we have about seven acres of exhibition space, as well as that much outdoor space, we have to calculate entry based on the size of our lobby, to prevent queuing and congestion,” he says. That means the museum can only admit 75 people every 30 minutes in order to stay in compliance with the state’s rule of eight people per 1,000 sq. ft to maintain social distancing. Masks and hand sanitizer are, of course, kept in ample supply for visitors, who must book their entry time in advance.

Around 70% of Mass Moca’s annual revenue comes from earned income generated through ticket sales, and the bulk of that revolves around live events and musical performances, which remain on hiatus for the next six months to a year depending on the advice of the state and federal governments. “We’re looking at doing ‘micro’ events for 100 people in our venues that can hold up to 4,000 people,” Thompson explains. “That’s a significant loss, so there a lot of line items getting cut here. We’ve had a successful round of fundraising in light of the pandemic, but we will need to do another round if we want to stay open for the winter.”

A popular tourist destination in the summer, the state’s visitor economy was on track to push past a billion dollars in direct and indirect spending in 2020 before the pandemic hit. But a Massachusetts Cultural Council survey found the Commonwealth's nonprofit cultural organisations lost more than $55.7m in March. State Representative John Barrett co-filed two bills requesting $75m in Covid-19 hardship grants from the government to support the struggling sector but, even so, the economy slowed to a halt and unemployment in the Berkshires reached 28% in May as virus cases dwindled to a handful.

Mass MOCA laid off 122 of its 165 staff members in April due to lost revenue. But re-opening has brought a lot of those jobs back. “We’re now back to about 75%-80% employment, but I think that’s where we’ll unfortunately have to stay for a while,” Thompson says. He adds that the museum is currently looking at ways of retooling its business model to use its facilities for more behind-the-scenes event support, production and artist residencies in order to increase revenue and bring back more staff members. 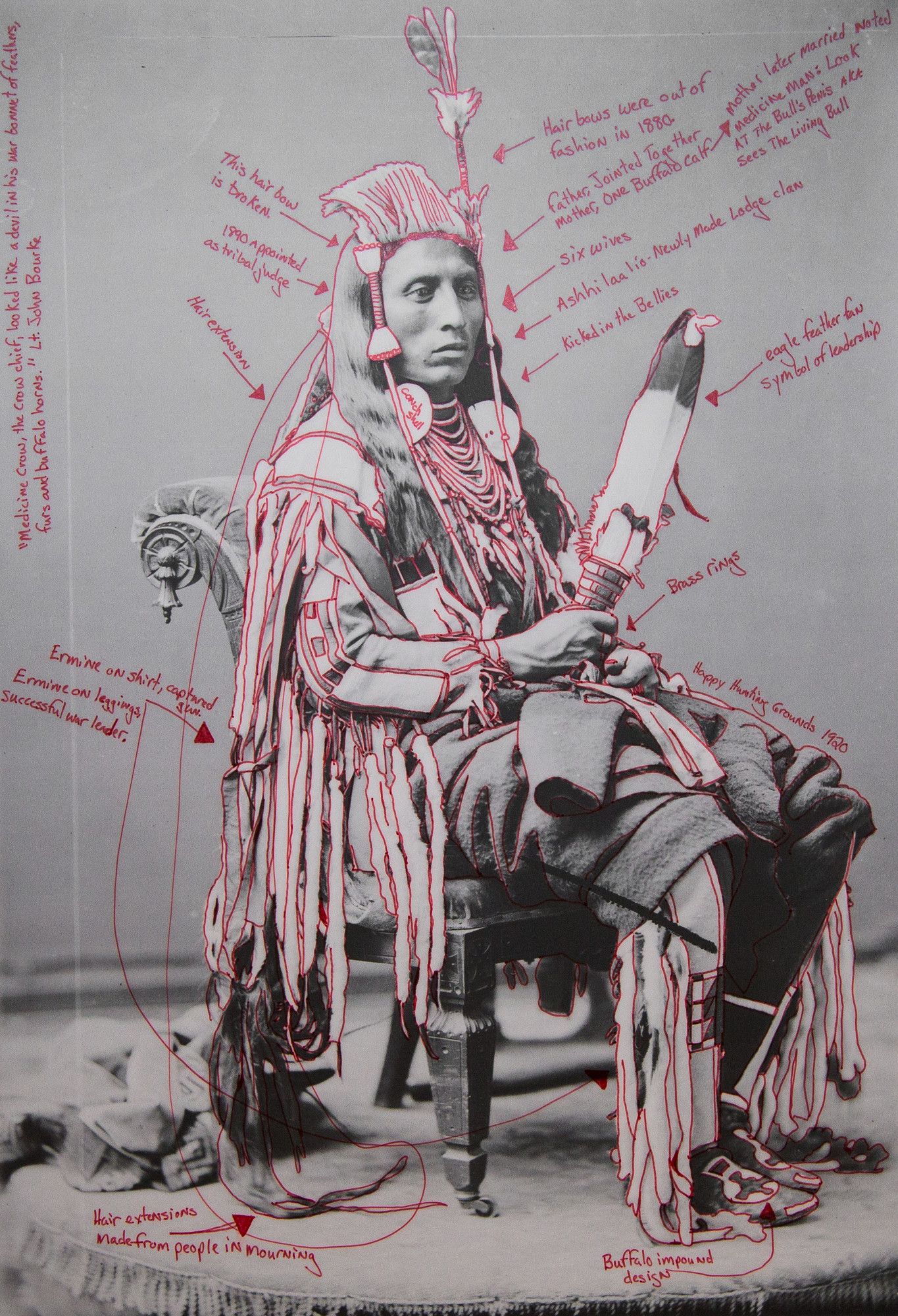 Some of the exhibitions also had to be rethought and updated in light of re-opening into what is a vastly changed world from March. Blane de St Croix’s large-scale exhibition of specially commissioned new works addressing the scale of climate change, How to Move a Landscape, the opening of which was delayed from 23 May until now, is accompanied by wall text that positions global warming as an overarching emergency amid many other crises currently unfolding, including the pandemic and the systemic racism highlighted by recent Black Lives Matter protests.

Other shows have taken on new meaning in light of recent events all on their own. A new installation by the Crow Nation artist Wendy Red Star in the museum’s free-to-enter Kidspace provides a valuable lesson for adults and children alike on Native land rights and broken treaties with the US government just as the Supreme Court issued a landmark ruling. The decision upholds a long-ignored 1866 treaty the Creek Nation signed with the US, which recognises much of Oklahoma as sovereign tribal land. And Ledelle Moe’s massive, felled sculptures peppering the large Building 5 of the museum in her exhibition When (until September) recall the many Confederate and colonial monuments that have been dismantled amid anti-racism upheaval in the US and the UK in the last month.

Museums cannot just sit idle while they have been closed, Thompson says, adding that culturally speaking, “things have taken on a new gravity”.

At the nearby Clark Art Institute, re-opening over the weekend also went smoothly once again helped by ample acreage, though the storied permanent collection remains unchanged. The museum has also capped visitors at 25% of the building's capacity — an undershot of the 40% permissible under state's guidelines.

Analia Saban's "Teaching a Cow How to Draw." Photo by Thomas Clark. Courtesy of the Clark Art Institute

The Clark’s 140-acre bucolic grounds will also be the site of a contemporary group show featuring commissioned installations by artists such as Jennie C. Jones, Eva LeWitt and Haegue Yang. The show, planned before the pandemic, marks the first outdoor exhibition in institution’s history and could not be timelier given that fresh air is a friend when it comes to controlling the virus. Originally due to open this summer, production of many of the works has been delayed due to Covid-19, so instead it will open in September. Analia Saban’s Teaching a Cow How to Draw, however, has already been installed. The work takes the form of a fence that separates the museum campus from the paddock where the local cows roam, the rails of which illustrate drawing concepts like two-point perspective and the rule of thirds.

The opening of the Norman Rockwell Museum, also in Western Massachusetts, on Sunday morning was a more crowded experience despite timed entry, perhaps due to its smaller size or the popularity of the American illustrator's work. Visitors wore masks, but many galleries had up to six or seven people at a time when the max capacity to allow for social distancing was just four.