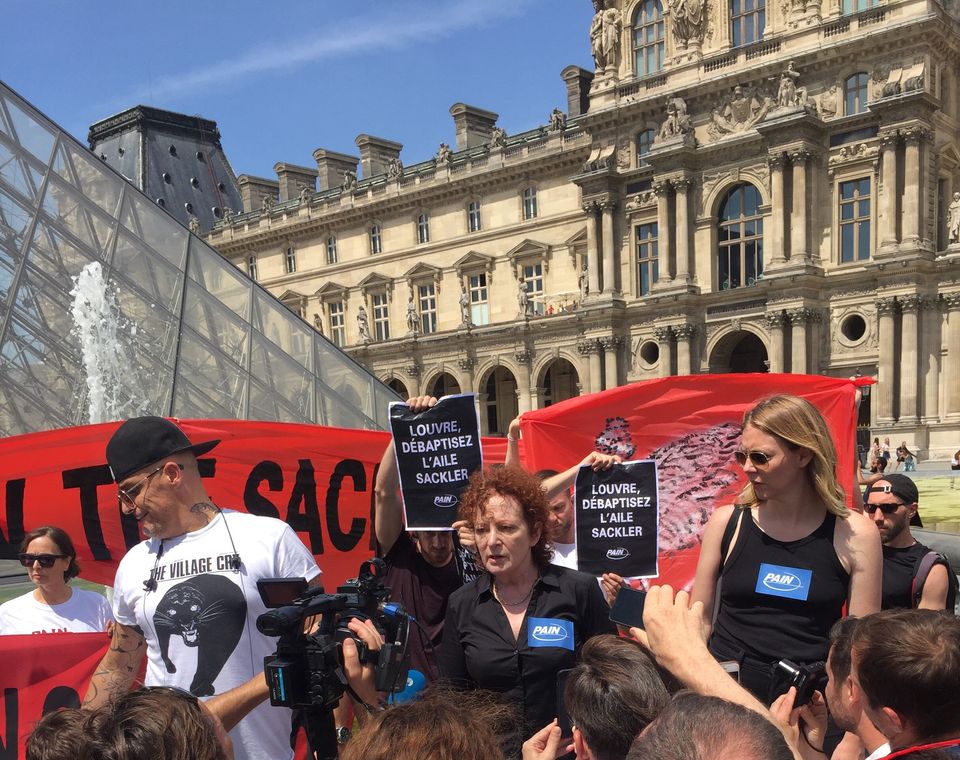 The US photographer Nan Goldin and her activist group Pain (Prescription Addiction Intervention Now) have held their first protest in Europe, unfurling banners in front of the Musée du Louvre in Paris that demand the museum “take down the Sackler name”.

Goldin has been targeting the Sackler family and its company Purdue Pharma, which is accused of fuelling the opioid crisis in the US by aggressively marketing OxyContin and misleading doctors and patients about its addictive qualities, allegations that the company denies. The photographer revealed that she became dependent on OxyContin after suffering from tendonitis in her left wrist. Mundipharma, the international arm of Purdue Pharma, distributes opioids internationally.

More than a dozen artists and activists swarmed earlier today around the central pyramid in the Louvre courtyard designed by I.M. Pei. At one point Goldin lay down and told The Art Newspaper France: "We started demonstrating in New York, and our voice was heard.... a museum as important as the Louvre cannot remain indifferent.”

Pain says in a statement that the 12 rooms in the Louvre’s Oriental Antiquities Wing named after the Sacklers—following a donation of ten million francs in 1997 from the family—must be renamed.

This is “within reach, since a consultation of the Louvre Museum’s internal bylaws governing donations indicates that room designations following a donation can be revoked at any time”, the Pain statement adds. A spokeswoman for Pain says "We’re trying to meet with the Louvre director [Jean-Luc Martinez]. We hope [officials] will respond." Louvre officials did not immediately respond to requests for comment. 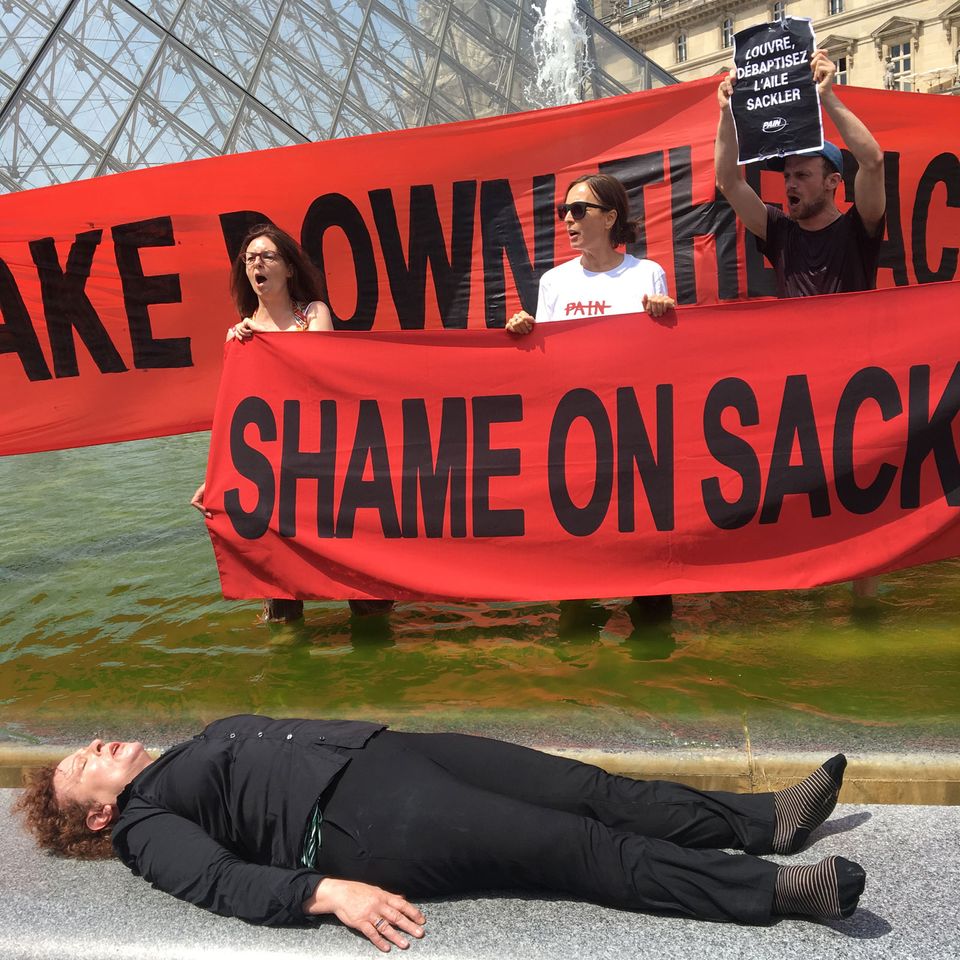 In 2006, Goldin, who is represented by Marian Goodman Gallery, was named a Commander of the Order of Arts and Letters by the French government. Her work is also on show in a group exhibition, Versailles-Visible/Invisible, held at the Palace of Versailles outside Paris (until 20 October).

Meanwhile, in May, the Metropolitan Museum of Art said that it would stop accepting donations from members of the Sackler family who are associated with Purdue Pharma. The New York museum joins other institutions that have already announced they would no longer accept gifts from the Sackler family, including the Tate in London and the Jewish Museum in Berlin.