Kaywin Feldman, to begin in March, currently leads the Minneapolis Institute of Art 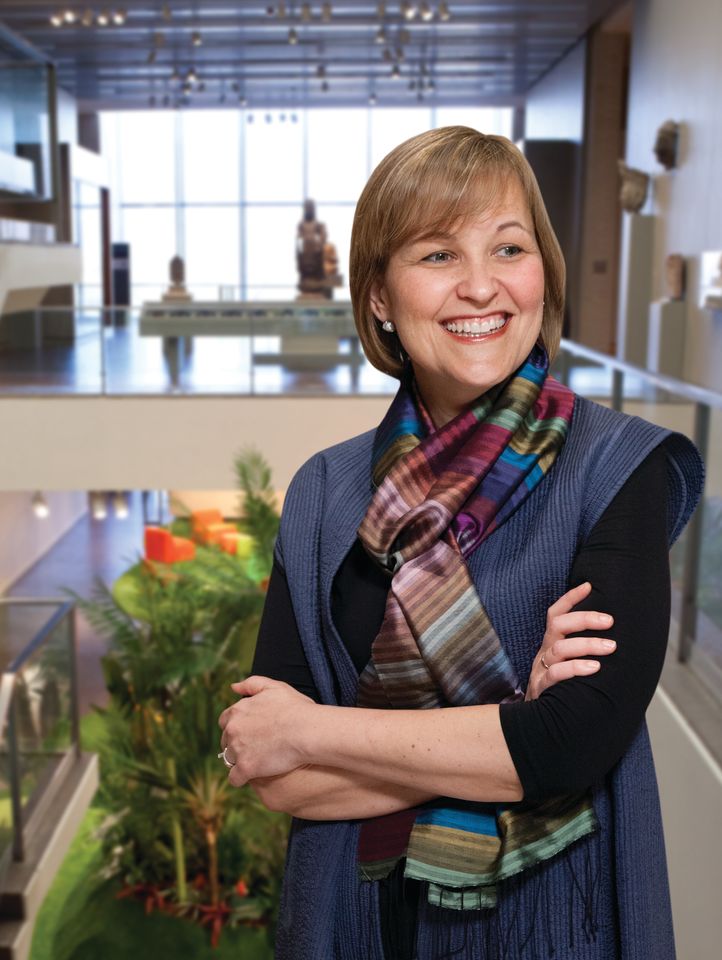 For the first time since it opened in 1941, a woman will lead the National Gallery of Art (NGA) in Washington—the second-most attended art museum in the US—with the appointment of Kaywin Feldman as its next director, announced today (11 December). “I’m a feminist, and I have long advocated for gender equality, so it’s really exciting for me to be able to lead the nation’s art museum,” says Feldman, who has been the director of the Minneapolis Institute of Art (Mia) for a decade and is due to begin her new role at the NGA on 11 March. She replaces Earl “Rusty” Powell, who has led the NGA since 1992 and announced in November 2017 that he would step down in 2019.

The director search was launched last April by a five-member committee co-chaired by the NGA’s president, Frederick Beinecke, and board chair, Sharon Rockefeller. “I really have to applaud the trustees of the National Gallery who from the beginning [of] their search process, set out diversity, equity and inclusion as one of their primary goals,” Feldman says. “They’re walking the talk.” (Diversity has been listed as a major consideration for other high-profile museum director jobs that nonetheless went to white men this year, with Max Hollein, for example, appointed director of the Metropolitan Museum of Art in New York, the most attended art museum in the country.)

“Kaywin Feldman is a dynamic and highly principled leader, a gracious collaborator and an innovator with the skills and vision to lead the National Gallery of Art in the 21st century,” Beinecke said in a statement.

Feldman was previously the director of the Memphis Brooks Museum of Art in Tennessee from 1999 to 2007 and has served as the president of the Association of Art Museum Directors (AAMD) and the chair of the American Alliance of Museums (AAM). In her new role, she jumps from leading an institution with an annual operating budget of around $25m and around 250 staff members to an institution with a $190m annual operating budget (of which around 75% comes from federal funds) and around 1,100 staff members. The NGA comprises not only 12 curatorial and conservation departments and an annual programme of 20 to 25 exhibitions, but also the Center for Advanced Study in the Visual Arts (CASVA), a major art historical research library and an active publication department. The NGA­­­­ has more than 5.2m visitors annually. Under Feldman’s leadership, Mia’s annual attendance doubled to 783,000 visitors in 2017.

At Mia, Feldman also established Mia’s contemporary art department, founded the Center for Empathy in the Visual Arts and introduced free admission (which the NGA also has). She has been a community-focussed leader; for example, the museum, in a neighbourhood with many immigrants, now offers classes to prepare them for the naturalisation exam, using Mia’s collection as a teaching tool.

“Certainly, my greatest moments of happiness throughout my 25-year career as a museum director have been watching the impact of work that the museum does on the community, and so I’m really excited get to know the greater Washington community better and understand [their] needs,” Feldman says. The majority of the NGA’s visitors are from the DC metropolitan area.

“But it’s also the nation’s museum, so it’s a different kind of community, and that’s quite honestly one of the things that really drew me to the opportunity,” Feldman adds. “It’ll be a new experience for me and one that I’m really excited to learn more about.”

Feldman herself has benefited from the NGA’s community programmes. She attended high school in nearby Silver Spring, Maryland, and says she is “the product of education programmes of the National Gallery”. Feldman recalls being in Washington when the museum’s East Building, designed by I.M. Pei, opened in 1978, and being taken to visit the NGA’s collection of French paintings each year by a French teacher. “It definitely made an impression,” she says.

The NGA director job description also says the leader must “define the aesthetic standards of the Gallery and its collection”—currently 152,000 objects, mainly European and American art from the Renaissance to the present—and “ensure that acquisitions are of a high standard”. Having studied Dutch and Flemish art for her master’s degree from the Courtauld Institute in London, Feldman says she is “enamoured with the collection”, which includes the largest group of Dutch and Flemish Baroque paintings outside of the Netherlands.

Feldman’s previous focus on digital initiatives, which she sees as an opportunity to “expand the footprint of the institution”, aligns with the job search’s call for a leader to “develop and implement a digital strategy”. According to an article published in the Washington Post in August, 8.2m people visited the NGA’s website last year (versus the Met’s 38.3m visitors) and the museum had around 1.3m followers on Facebook, Instagram and Twitter (versus the Met’s 8.8m).

Based on staff interviews, the article also identified concerns about “poor management”, “long-standing problems of sexual harassment”, “haphazard handling of [sexual harassment] complaints” and “retaliation and favouritism” at NGA. The museum has declined to comment on the article. When asked about working with staff, management problems and establishing trust, Feldman says: “It’s too early for me to identify anything specific, but what I would say is, I will do the same thing at the NGA as when I first came [to Mia], which is to dedicate the first year to doing a lot of listening.” She is due to meet with museum staff tomorrow (12 December).

With the challenges facing her in her new job, what is Feldman most concerned about at this moment? “I can tell you what it is—absolutely, moving my two cats,” she says. “They are individuals, and I still am traumatised by moving my prior cats to Minneapolis. So that’s what’s keeping me up at night.”