Never can say goodbye: how Degas struggled with the art of letting go 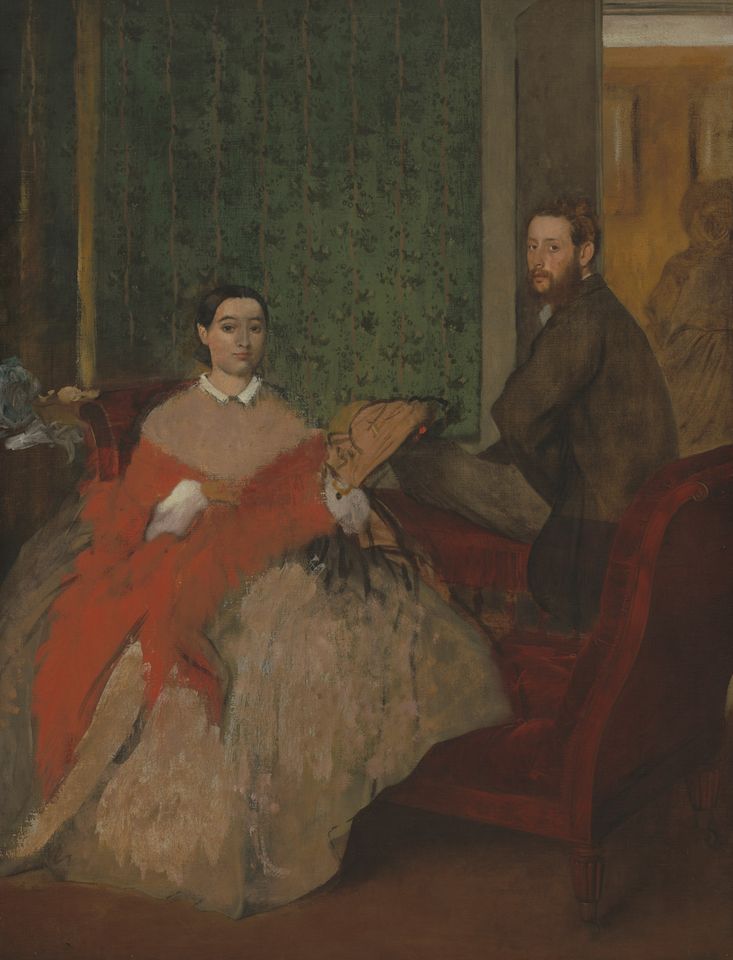 Edgar Degas (1834-1917) obsessively reworked his canvases (sometimes even after they were sold, much to the perturbation of his buyers). The thorny question of what Degas considered to be a finished work of art is explored in an article in Facture, a biennial publication on conservation research produced by the National Gallery of Art (NGA) in Washington, DC.

Nineteenth-century artists challenged long-held rules about appropriate subject matter and the aesthetic ideal, swapping slick finishes for thick applications of paint that stand proud on the canvas. Areas of exposed canvas did not signal that a work was unfinished as artists such as Cézanne often left patches of bare canvas showing. “[These artists] exhibited pieces that would have been considered sketches two decades earlier. It would have been like a woman walking around in her slip,” says Kimberly Jones, the NGA’s curator of 19th-century French paintings who co-wrote the article with senior paintings conservator Ann Hoenigswald.

But if you look at Degas’s oeuvre, a significant percentage of pictures appear unfinished. Are these unresolved works or was Degas satisfied with their level of finish? “How do you get into an artist’s mind when they are deliberately opaque?”, asks Jones. “What ultimately defines if a work is finished is how the artist perceives it and the problem with Degas is that he wrote very little about specific works,” she says. The problem is compounded by his lack of consistency in regards to signing, exhibiting and selling pieces—the traditional tell-tale signs that an artist considers a work to be finished.

He was notorious for reworking his canvases, even after they were exhibited. “Degas was a tinkerer. He just couldn’t keep his grubby mitts off his work,” she says. For example, he returned to Scene from the Steeplechase: The Fallen Jockey (1866) twice after the large-scale work was shown at the Salon of 1866—once in 1880 and then again in around 1897. He also hoarded his pictures instead of selling them, and those he did part with he would sometimes ask for back so they could be reworked. His friend Henri Rouart liked to joke that he chained Dancers Practising at the Barre (1876-77), now in New York’s Metropolitan Museum of Art, to the wall to prevent Degas from getting his hands on it (and potentially destroying it as Rouart had witnessed once before with another work). Signatures are also problematic because he signed some works more than once and others not at all, including pictures that have a high level of finish.

Degas was a tinkerer. He just couldn’t keep his grubby mitts off his work

Jones and Hoenigswald delve into the question of finish by examining the Degas works in the NGA, which boasts the third largest collection by the Impressionist. As well as the naked eye, they used X-ray fluorescence analysis to learn more about the pigments he used and X-radiography, infrared imaging and stereomicroscopy to peer beneath the paint layers.

One of Facture’s case studies is an unsigned and undated little-known portrait Degas made of his sister Thérèse and her Neapolitan husband Edmondo Morbilli, which he may have begun in 1865 when the couple visited Paris. “No one has done a deep dive on this painting before. It’s not part of mainstream scholarship,” Jones says. Although it was probably in Degas’s studio at the time of his death, it was not included in the sale of his studio pieces. The first photograph of the work is from 1931 when it was exhibited in Paris. The collectors and major NGA benefactors Chester and Maud Dale bought the piece the following year and in 1963 it was bequeathed to the museum, where it has been on permanent display since.

While the portrait is certainly more unfinished looking than some of the others in the study, an analysis of preparatory sketches and the results of the technical examination revealed hidden details about Degas’s “impulse to record and retain states of process” in his works, according to the article. The picture was extensively reworked, possibly over decades. The careful modelling of Edmondo’s face is reminiscent of Degas’s early portraits and the chaise upon which he sits includes many fine details. His jacket, in contrast, is thinly painted, as are the two figures sketched in brown in the doorway. Jones and Hoenigswald argue that Degas never intended to add more detail to them.

The figure of Thérèse had several major reworkings. He scraped away top layers of paint to expose lower ones, and infrared imaging revealed that both the bodice of Thérèse’s dress and her shawl were originally more finished. It is not clear if he “reworked the fabrics with the intent of bringing the degree of detail back up to the other parts of the composition, or intended to leave it as it is today”. The examination also revealed that the salmon colour within the black outline of what appears to be a fan held by Thérèse is not an exposed ground layer but was applied after the canvas was prepped.

So, what does all this mean? “The simple answer is we have no idea,” Jones admits, explaining that the article’s intention was to not fool readers into thinking that they had cracked the issue of Degas and finish but to open a dialogue with colleagues who are grappling with the same issue. Although historians have touched on the subject in various exhibitions and publications, Jones says that this is the first published study on it.

For now, at least, Degas is keeping his secrets. “You could spend a lifetime studying him and only just scratch the surface,” Jones says. “It’s a marathon, not a sprint when you work on Degas.”