And experts are convinced that “many more works will pop up” 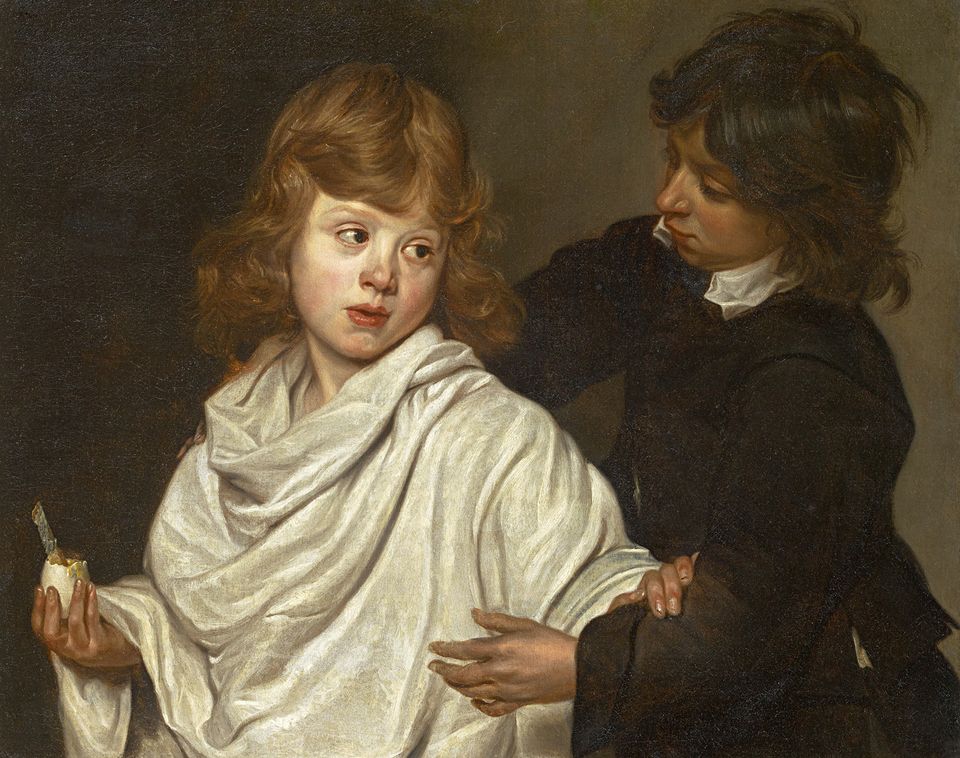 Michaelina Wautier's Everyone his fancy (Elk zijn meug, around 1655), which has been recently discovered—it had been previously attributed to Jacob Van Oost The Phoebus Foundation

The discovery of a new work by the Baroque female artist Michaelina Wautier (1604-89) was announced this week, just over a fortnight after the opening of the first ever exhibition of the artist. Michaelina: Baroque's Leading Lady (until 2 September) at the Museum aan de Stroom (Mas) in Antwerp is organised in collaboration with the Rubenshuis, and includes almost all known works by the artist.

The new discovery, a painting of two boys eating an egg titled Everyone his fancy (Elk zijn meug, around 1655), turned up at the Van Ham Auction House in Cologne, where it had initially been consigned as being by the Flemish painter Jacob Van Oost. But staff at the auction house were unsure of its attribution and contacted the Michaelina expert, and curator of the Mas exhibition, Katlijne Van der Stighelen, who subsequently attributed it to Michaelina on account of its “strong stylistic similarities with her other works”, according to a statement. The genre painting has now gone on show in the Mas survey, as the curators were aware of it and left space during the hang. The work was bought in the Cologne auction on 17 May by the Phoebus Foundation for €380,000 (plus fees).

Until recently, very little was known about Michaelina. “In 1998 there is this excellent overview of Netherlandish painting in the 17th century, which was published by Yale, and Michaelina wasn’t in that,” says Ben van Beneden, the director of the Rubenshuis. “So only 20 years ago she was unknown”, he says. And most of what we now know is “thanks to Katlijne van der Stighelen’s research”, he says.

“I have been complaining that she has not had enough attention for 25 years,” Stighelen says. Stighelen, who is also a professor at the KU Leuven university, says that over the past couple of decades she has spoken to museum directors all over Europe but although many were interested in the artist, because she is still relatively unknown, most were afraid “no one will come to visit [a show on an unknown painter]”.

There are around 30 works by Michaelina in the exhibition, including her masterpiece The Triumph of Bacchus (around 1655-59 ) on loan from Vienna's Kunsthistorisches Museum, but “given the fact that she had a very long life, I am sure that from now on, many more works will pop up,” Van Beneden says. He suspects that many, like the new discovery, have simply been misattributed and are “lingering” in public or private collections.

The Rubenshuis even started a campaign around a year ago to try and find six paintings: a series called The Five Senses, known from a single black-and-white illustration in a 1975 auction catalogue, and a 1652 still life of a garland with a butterfly, whose counterpart is in the Mas exhibition. Despite hearing nothing for about a year, just before the opening of the show an “unknown, signed painting was offered for expertise”, says Stighelen. But she cannot yet confirm whether or not it is a genuine Michaelina.

Michaelina is a very unusual case in that she painted works in almost all the subject types—including history paintings, portraits, still-lifes and genre painting—when at the time most Flemish female artists specialised in flower compositions. She lived and worked with her brother Charles Wautier and painted “for a small group of people around the court of Leopold [Wilhelm of Austria, governor of the Spanish Netherlands]”, Stighelen says.