Works at mid-tier price points are moving quickly at the 16th edition of the Mexico City fair, according to exhibitors 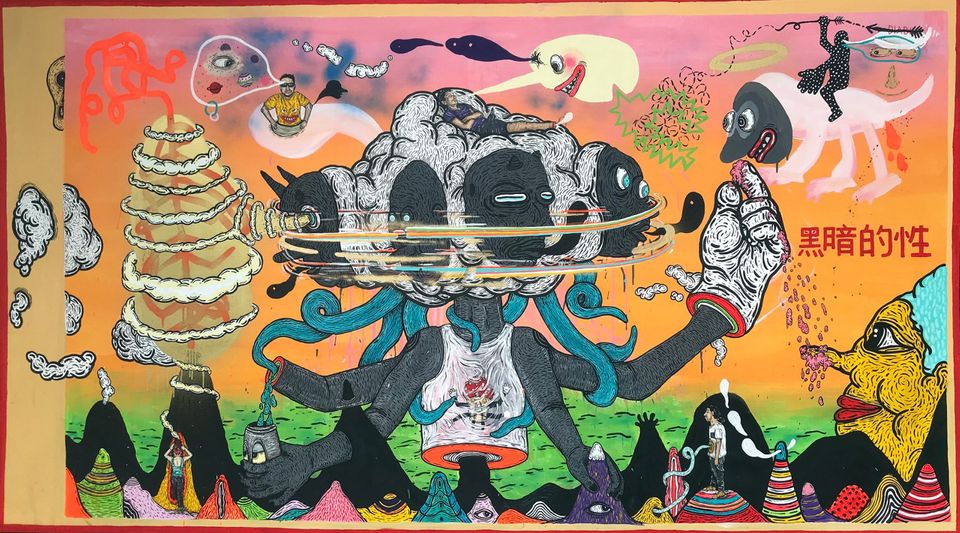 Despite challenging political and economic developments in Mexico recently, dealers were mostly positive on the opening day of the 16th edition of Zona Maco (6-10 February), the seminal Mexico City art fair that has helped bolster the capital’s art market growth. As the afternoon wore on, dealers were busy greeting familiar faces while engaging new international collectors approaching the Latin American market with particular zeal.

The flurry of activity helped distract people from the elephant in the room: Mexico’s newly elected president, Andrés Manuel López Obrador, who has raised eyebrows with his left-leaning policies. His proposed economic initiatives, which aim to break with Nafta while cracking down on corruption and raising the minimum wage, could spell trouble for Mexico’s upper-middle class, particularly when coupled with the hardline policies of President Trump to the North.

Most dealers at Zona Maco, however, are unfazed, particularly this early in the game—AMLO, after all, has only been in office for a brief two months. “It’s really too early to tell what effect this will have on our market,” says Cristobal Riestra, the owner of Mexico City’s Galeria OMR. “Locally, there is some general concern, but I wouldn’t say it’s stifling the market. A lot of people are waiting to see what happens.”

Riestra says she has seen a slew of local and international collectors this year. A Swiss couple was eager to meet the renowned Mexican artist Jose Dávila, whose large-scale assemblage works range in price from $20,000 to $100,000. Two separate groups of curators inquired after a work by the rising up-and-comer Gabriel Rico, who will soon open a new exhibition at the Aspen Art Museum. By the end of the preview day of the fair, OMR had sold works by Dávila, Rico, and Jorge Méndez Blake, on top of selling out the Yann Gerstberger show that’s currently on view at OMR’s brick-and-mortar Roma Norte gallery. Gerstberger’s colorful, abstract paintings tend to fetch around $25,000 per piece.

Though she did not quite report the same level of sales activity, Sharon Gessund of Galeria Hilario Galguera remains decidedly optimistic about the state of the market in Mexico. Though the gallery had yet to close a sale on opening day, there was promising interest around Bosco Sodi’s minimalist, textured paintings and works by the sculptor Benjamin Torres, ranging from $5,000 to $90,000. “I think people were more concerned during the election, but now I feel like there’s excitement and enthusiasm around art collecting,” she says. According to Gessund, “people see art as a safer investment, so even during turbulent economic times, they still make purchases”.

With locations in Houston and Mexico City, Galeria Enrique Guerrero might be feeling the brunt of the political divide. “It’s a difficult time politically, and I feel like collectors aren’t as impulsive with their purchases,” its director Miguel Guerrero says. “They’re not as loose as they were perhaps two years ago,” though Guerrero reported that he had sold multiple text-based wooden works by Colectivo Mangle for around $2,000 per piece.

Across the board, galleries seemed to be faring well with lower price points. Though Tina Kim gallery had a stunning set of colorful bronze balloon sculptures from Ginghongsok’s “Short People” series priced around $60,000, collectors seemed to prefer five-figure works by South Korean artist Suki Seokyeong Kang at $10,000. The Hole NYC similarly reported selling works by Caroline Larsen and Morgan Blair priced between $10,000 and $18,000.

Still, blue-chip galleries are confident that their inventory will sell despite the higher price tag. RGR-Art director Ricardo Gonzalez-Ramos, who recently opened his Venezuelan gallery in an additional Mexico City location, piqued a curator’s interest with a $1m work by Carlos Cruz-Diez. “This is without a doubt the most important Latin American art fair, and one we do well every year no matter the situation,” he says.