Rubbish collectors found the bone fragment of Clement I in London 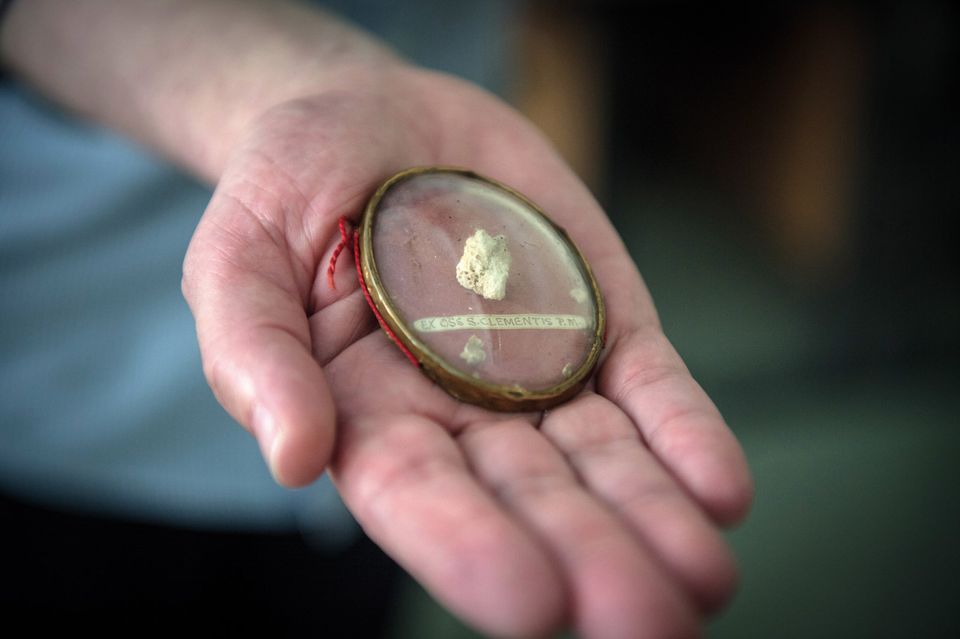 The bone fragment of Pope Clement I was discovered in a rubbish tip in London Mazur/catholicnews.org.uk

A relic of Pope Clement I found by rubbish collectors in London has been donated to Westminster Cathedral. The bone fragment from the first-century pontiff, who was exiled by the Roman Emperor Trajan and martyred in Ukraine, is encased in a domed oval frame that may date to as early as the 17th century, says Tessa Murdoch, the deputy keeper of sculpture, metalwork, ceramics and glass at London’s Victoria and Albert Museum. A seal on the back bears a coat of arms with 15 tassels, which suggests that the piece once belonged to a cardinal who was “responsible for authorising the production of smaller relics from a principal bone of the saint”, Murdoch says. One theory is that it has a connection to the Basilica San Clemente in Rome, which is home of the Irish province of the Dominicans. So, how did the relic end up in a London tip? It was apparently dumped by thieves who stole it from its most recent owner, who wishes to remain anonymous. The piece will go on display at the cathedral.