Age-old practice is being ‘gradually reinvigorated', but new frontier is seemingly in 3D reprographic skills 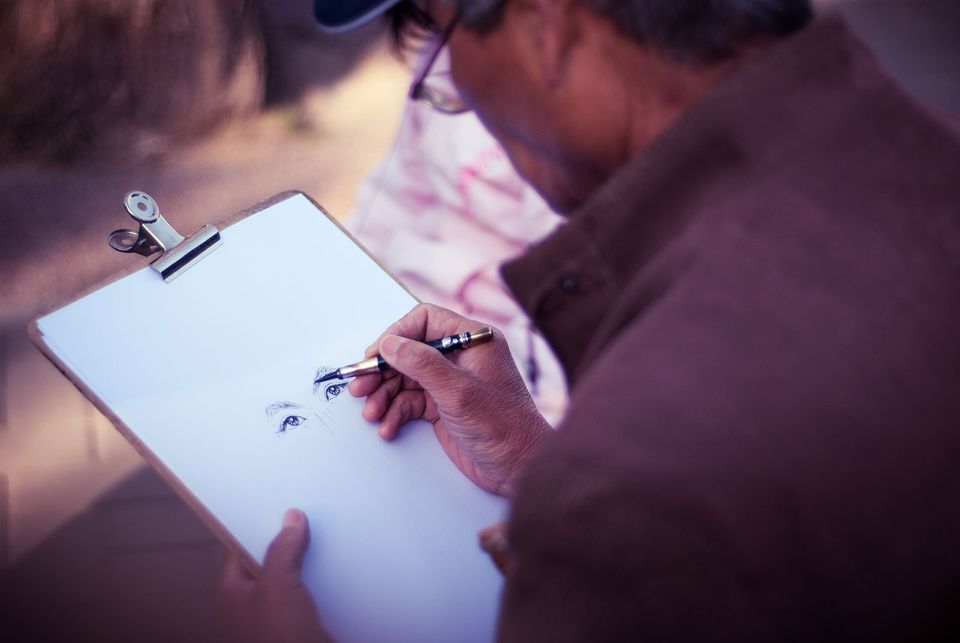 Decades after life drawing classes were systematically dropped from the curriculum for British art colleges, ending a 200-year tradition of rigorous learning from prints, casts, and life models, the practice is being “gradually reinvigorated” and reintroduced in some teaching institutions.

The Arts University of Bournemouth is to offer a BA (Hons) Drawing from September 2018, promising prospective students that “drawing is at the very heart of contemporary creative thinking”, a development cited by those who see a minor renaissance in drawing and life drawing.  The course specification adds that “drawing can be handmade, manufactured or digital.”

The Royal Academy (RA) exhibition From Life (until 11 March), exploring what making art from life has meant to artists throughout history, opened this week.  It features the first free-standing sculpture in metal made using the Virtual Reality painting tool Google Tilt Brush, by the portrait artist Jonathan Yeo.

Despite his engagement with digital art, Yeo is among those who see a revival in life drawing. Where in the early 1990s it was said that painting was dead, let alone drawing, the “cycle has moved on”, the artist says, suggesting the surge in camera phone photography has helped, driving a new awareness of composition, lighting, and narrative pictures.

The RA’s senior curator Adrian Locke says he had also noted new gallery interest in drawing, which he says matched a return to hand-crafted values in everything from cooking to beer. “I think there is a return of interest in studying form and the body in principle,” he says. In 2016, hundreds of students staged a “sketch-in” protest at the Victoria & Albert Museum over restrictions on sketching in temporary exhibitions.

In an essay for the From Life show, the RA curator of works on paper Annette Wickham notes that in the 1960s, with state art education in the UK being overhauled, the “sense of staleness” of life drawing spread.  Now, she concludes, it has been “gradually reinvigorated”, through projects such as Jeremy Deller’s Iggy Pop Life Class (2016), where a drawing group worked with Iggy Pop as a life model, which is included in the show.

However, English colleges polled by the Art Newspaper show that most, for example Central Saint Martins (CSM) or the Slade School of Fine Art, still only promise to support students if they want to do life drawing or painting, and provide public courses that students can join.  CSM’s Mark Finch, the course leader for BA Fine Art, says the new frontier is actually in 3D reprographic skills. In Scotland, life drawing “has always been part of the painting & printmaking curriculum” at the Glasgow School of Art, a spokeswoman says. The Royal Academy Schools continued to insist on a compulsory term of life drawing for all students until the mid-1990s, and was one of the last to give up, particularly given that almost all students came with BAs. It remains an option, and a weekly life class runs for staff on Tuesdays.

Julia Balchin, the Royal Drawing School’s director of education, points to Gagosian gallery’s stand at this year’s Frieze art fair, which was comprised entirely of drawings, largely figurative. This “would never have happened ten years ago, or even five”, and an exhibition schedule she said was “brimming with drawings” from Philip Guston at Hauser and Wirth to the British Museum’s upcoming exhibition on how Rodin drew from the collection.

“In the 17 years since the Royal Drawing School first opened its doors we have grown from 40 students in an attic studio to 1000 students drawing with us each week in four studios complexes across London,” she says.

The From Life exhibition events programme includes free and paying drawing classes and courses, including with Sarah Simblett, the artist who is tutor of anatomy at Oxford University’s Ruskin School of Art.

Rachel McCarthy, who runs the Register of Artists’ Models, with 600 models on the list, says the internet has helped boost the popularity of private classes, particularly after funding cuts for adult education. There are more classes at events, she says—for hen parties, birthdays, and team building.