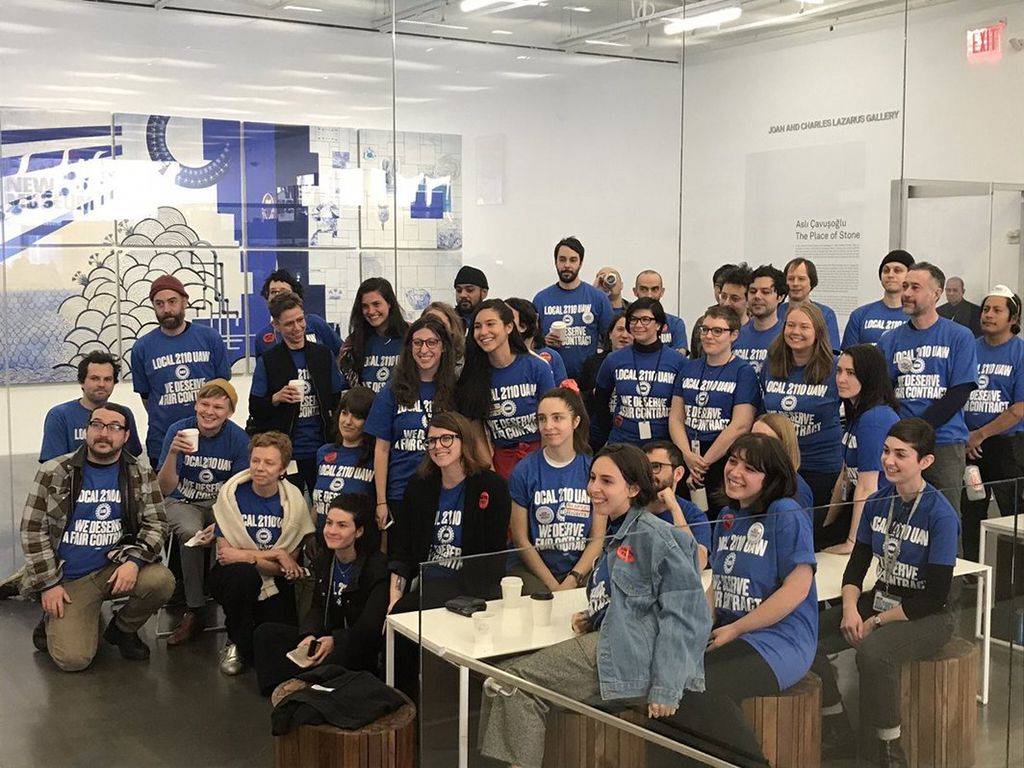 The union representing workers at the New Museum in New York said today that it had filed a complaint with the National Labor Relations Board charging that the institution laid off and furloughed bargaining unit members in a “discriminatory and retaliatory act”.

On 30 June the New Museum laid off 18 full- and part-time staff members, culling them from 41 workers it had furloughed in March. The layoffs amounted to a 27% reduction in the museum's full-time staff. In a series of Twitter and Instagram posts today asserting that the museum had violated the National Labor Relations Act, the union contends that the museum has been “targeting vocal union supporters and decimating our bargaining unit”.

“We don’t think it’s a coincidence that both [union] stewards and the unit chair and everyone who was on the bargaining committee were laid off or furloughed,” says Dana Kopel, the museum union's former unit chair and a onetime senior editor and publications coordinator at the museum, in an interview. “I feel like I was walking around with a target on my back in that place since we went public.” Kopel was laid off on 30 June.

Last week the New Museum announced that it would reinstate 23 of the 41 workers who had been furloughed in March in anticipation of a fall reopening. In a statement issued today, it says of the union complaint, “We don't believe this charge has merit.” It notes the callback of employees while emphasising that the museum has offered to lower the threshold for health benefits so that all regular employees who work 20 hours a week or more can be eligible for coverage.

It says that it not only honours the union contract, but is “even at times exceeding some of the terms of that agreement”. And it notes that its executives have taken salary cuts that will continue through the next fiscal year. The institution has previously cited a budget shortfall resulting from its closure and the evaporation of income during the coronavirus epidemic as the reason for its “tough decisions” on employees.

The March and June job actions came after an overwhelming vote in January 2019 by New Museum employees to form a union chapter and become part of Local 2110 of the United Auto Workers. After long negotiations, the museum and the union then reached an agreement last October on the five-year contract, which provides for increases in notably low salaries, more paid time off and reductions in the cost of health care.

“It seems like the museum is taking care to get rid of people who vocally supported the union,” Kopel says. “It feels targeted.” She adds, “We wanted to make sure that the workers are being taken care of and the contract is not being violated and members are getting the information they need.”

In its posts on Twitter and Instagram, the union says its complaint to the National Labor Relations Board contends that the museum is refusing to provide it with pertinent information that it needs for bargaining. “They claimed they had no info about plans to reopen–even as they were meeting with managers, other museum staff and an epidemiologist to discuss these plans,” it says.

The museum, which closed in March in response to the pandemic, has not yet announced a reopening date. New York State has not yet given New York City museums a green light to resume operations.

The union also asserts that the museum has reprimanded union members for conduct that is legally protected. “The museum gave several union members a written warning for a silly Instagram post made by one member on her personal account while she was furloughed,” the union says. “Management may not like it, but shitposting is free speech.”