The statement comes after Naomi Watts and other female board members resigned, following a controversial investigation of Farmer's testimony 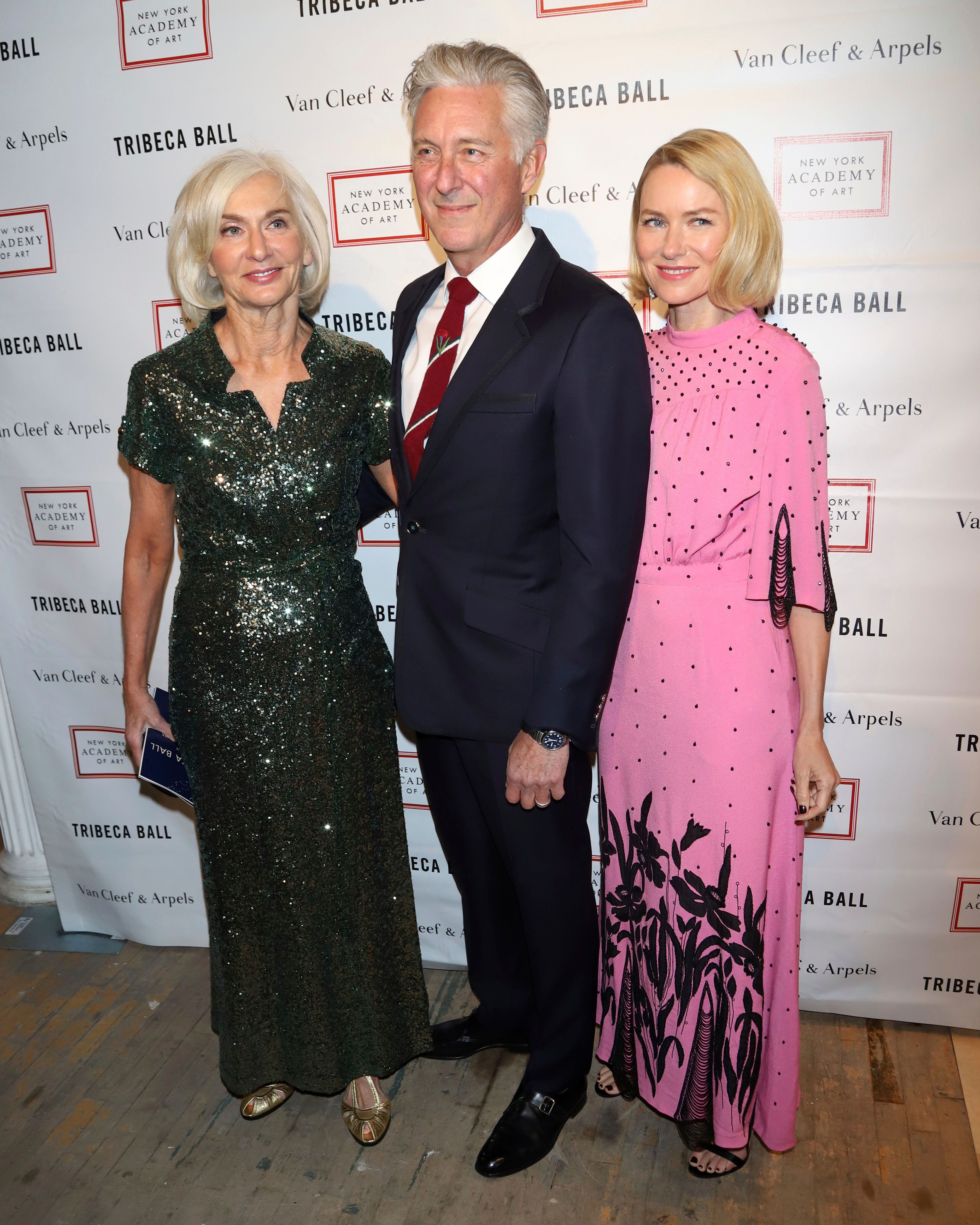 From left: Eileen Guggenheim, David Kratz and Naomi Watts attend the Tribeca Ball at the New York Academy of Art in 2018. Greg Allen/Invision/AP/Shutterstock

The New York Academy of Art’s executive committee has issued a “profound apology” to former student Maria Farmer, one of Jeffrey Epstein’s earliest alleged victims, following the resignation of a number of high-profile board members over the school’s response to Farmer’s claims.

An illustrious private graduate school co-founded by Andy Warhol and known for its emphasis on figurative art, the academy was accused last year by Farmer—especially in an allegation against its board chair, Eileen Guggenheim—of enabling the late financier and convicted sex offender’s abuse. The accusations came not long after Epstein was arrested and indicted for sex trafficking underage girls.

In response, the school hired a legal team to investigate her claims. But aspects of the investigation have been characterised as “victim blaming” by past and present students, according to Artnet News, which first reported the story.

Ippolita Rostagno, Alina Lundry and Valerie Cooper resigned en masse on 30 July over the issue. Their departure follows the unrelated resignation of actress Naomi Watts earlier in the month.

Farmer claims that Guggenheim, then the dean of students, introduced her to Epstein—who served on the school’s board from 1987 to 1994—and his alleged co-conspirator, British socialite Ghislaine Maxwell, at her 1995 MFA thesis show and encouraged her to sell them her work at a discounted price because of the financial support Epstein had offered to the academy. The work depicted a man standing in a doorway observing a reclining nude woman—an allusion, Farmer recently told the New York Times, to Edgar Degas’s Interior (1868-69), also known as The Rape. Farmer also alleges that Guggenheim invited her and other NYAA alumnae on a visit to Santa Fe for a painting workshop with Eric Fischl the following summer. In the course of the trip, Epstein hosted a picnic at his New Mexico ranch that Farmer attended. The artists 16-year-old sister, Annie Farmer, was allegedly subjected to a disturbing topless massage at the ranch.

Guggenheim maintains that she did not introduce Farmer and Epstein, nor did she have a part in the sale of a painting by Farmer at the thesis show. She previously confirmed that she attended the picnic briefly.

Overseen by the firm Walden Macht and Haran and released in June, the legal investigation of these claims concluded “that critical aspects of Farmer’s allegations against Guggenheim are untrue”. The board then issued “a vote of full confidence in its board chair", asking her to remain in the position.

Many students and alumni, however, were upset by what they perceived as bias and sexist language in the report, while some former trustees felt uncomfortable with the law firm's investigation. An open letter signed by nearly 100 students and alumni and sent to the NYAA’s executive leadership and board last month says: “This victim-blaming rhetoric exemplifies an alarming dissonance with the cultural moment… Unfortunately, the summary of this investigation seems to indicate a singular focus on discrediting Farmer’s testimony rather than delving into Epstein’s involvement with the NYAA’s board, his long-time financial ties to the school or his personal relationship to Guggenheim.”

The authors of the open letter, whose names have not been revealed, also contend that they have felt unfairly implicated in the academy’s aggressive fundraising efforts at the expense of students’ time and resources, namely the well-known annual Tribeca Ball, and urged the leadership to reconsider the potentially problematic relationships it created between students and donors.

Though the remaining board members have yet to comment on the resignations, the executive committee issued a letter yesterday apologising to Farmer and other alumni who are “upset and angry” with its response. Additionally, the board has said it would make a $30,000 donation—the amount Epstein gave in scholarship support to the academy—to a charity for victims of sexual assault.

“Some of the conclusions in the resulting report blamed Ms. Farmer and we regret they were included,” the letter states. “We will direct our law firm to strike from the final report any conclusion that could be perceived as victim-blaming.”

It follows one that Guggenheim herself sent on 1 August, which was similar in tone and apologised for any additional trauma the legal investigation and subsequent report may have caused Farmer and other sexual harassment and assault survivors.

Farmer contacted the authorities in 1996 about her and her sister’s experiences with Epstein and Maxwell, making her one of the first people to come forward with information linked to the sex trafficking ring that has clouded the repute of numerous high-profile figures with associations to Epstein and Maxwell over the last year, including Prince Andrew, Donald Trump and Bill Clinton. Little follow-up investigation of her claims ensued after Farmer approached the police two decades ago, but in the wake of the Me Too movement, a 2018 Miami Herald report revealed that more than 80 women have since claimed Epstein abused them between 2001 to 2006.

In an a New York Times interview, Farmer says: “Every time I hear one of the girls tell their story, it devastates me.” She did not respond to a request for comment on the NYAA's apology before the publication of this article.

The academy's president, David Kratz, did not respond to a request for comment on how the school will proceed following the board member defections, but the board letter sent out yesterday noted that the academy plans to take several concrete steps to address the issues raised, including inviting the president of the school’s alumni association to join the board and creating a specialised communications task force to “facilitate ongoing dialogues”.

With regard to concerns raised about donor-student relations at the academy, the letter adds that it is reviewing its fundraising strategies to ensure students |never feel as though they are required to interact with donors and always feel safe”.