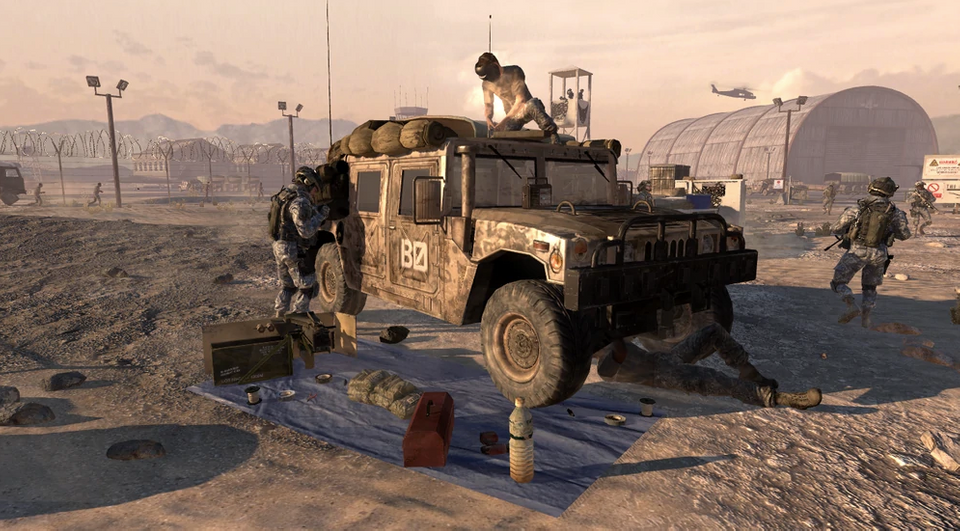 A rendering of a Humvee in 2009’s Call of Duty: Modern Warfare 2. Infinity Ward/Activision via Synhart/Call of Duty Wiki

A New York judge has ruled that a video game is "art" and thus protected under the US Constitution's First Amendment, after the owners of US military vehicle brand, Humvee, took legal action against Activision, the makers of the popular video game series Call of Duty, for using their brand. The decision, made at the end of March, is an important landmark in the understanding of artistic license used in game development and on other virtual platforms.

Humvee maker AM General sued Activision in 2017, claiming Call of Duty players were “deceived into believing that AM General licenses the games.” But, according to the court papers, District Judge George B. Daniels ruled that the repeated use of the Humvee brand was required: “If realism is an artistic goal, then the presence in modern warfare games of vehicles employed by actual militaries undoubtedly furthers that goal.”

This is not the first time that the question over the artistic status of video games has been considered in a court room. Following earlier attempts to shift legal recognition of the medium in the first half of the 2000s, a landmark 2011 decision in the case of Brown V. Entertainment Merchants Association, concerned with banning violent video games, ruled that the medium was protected under the First Amendment, which safeguards freedom of speech.

In 2014, a military supply company, Mil-Spec Monkey, took legal action against Call of Duty makers for use of a logo, which it deemed infringement. While the case did not go to trial (the defendants won on a summary judgement), the ruling interestingly held that the video game in question, was also protected by the First Amendment.

This latest case tests that protection and creates a further example of a specific game being protected: “When a ruling is handed down it becomes precedent, so this may encourage other video game creators and artists to more aggressively protect their rights because it shows a willingness by the court to recognise this medium as art,” says Leila Amineddoleh, an art lawyer specialising in art and intellectual property law.

The extent to which the ruling will stem debate over whether video games are art, is arguable. “We speak of video games so easily as industry, as commerce or as sales figures but still struggle greatly to balance this with critical and nuanced discussions of it as culture or as creative expression,” says Marie Foulston, the lead curator of the Victoria & Albert's (V&A) 2019. exhibition Videogames: Design/Play/Disrupt.

She adds that: “Whilst I personally have complicated feelings over whether the Call of Duty series specifically should be able to accurately depict realistic military equipment, I do care that such rulings provide a legal precedent for independent video game designers and artists and their work.”

Certainly, museums and cultural institutions have increasingly recognised and explored the creativity, participation and expression of video games, with the purchase of Pacman by the Museum of Modern Art in New York, in 2012, proving a significant juncture.

The marketplace for the genre is also on the rise, with New York Times reporting earlier this year that a collective of video games collectors had spent more than $100,000 on "rare Super Mario Bros. game".