The developer’s destruction of their legally protected art was “an act of pure pique and revenge”, the court found 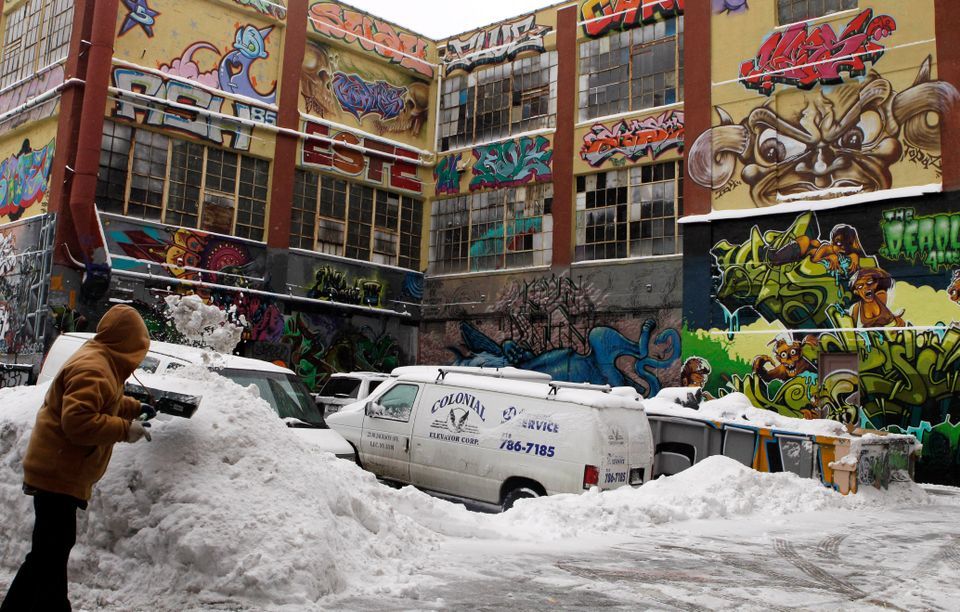 The artists were awarded $150,000 for each of their works at the 5pointz street art complex that was destroyed AP Photo/Frank Franklin II

A New York district court judge today (12 February) awarded a total of $6.75m to 21 street artists whose works were destroyed when the developer Gerald Wolkoff whitewashed the exterior of the 5Pointz warehouse complex in Long Island City, Queens. Because of “the abject nature of Wolkoff’s willful conduct”, Judge Frederic Block awarded the artists the maximum amount of damages permitted under federal law, even though he found the works did not have “a provable market value”. For each one of 45 works Block found were protected, the artist received $150,000. The highest award went to Jonathan Cohen, the artist-curator of the site, who received $1.3m.

“It is a victory not only for the artists in this case but for artists around the country. The rights of aerosol artists have been completely vindicated,” said Eric Baum, the lawyer representing the 5 Pointz artists. “It sends a message that their art must be cherished, not destroyed.”

With Wolkoff’s permission, aerosol artists had been decorating the walls of the complex for more than a decade. Eventually, 5Pointz became a destination for tourists, schoolchildren, and video and movie producers. In 2013, the artists asked the judge to issue an injunction under the Visual Artists Rights Act (Vara) to prevent Wolkoff and his real estate companies from destroying the complex—and with it, their art—to build high-rise luxury condos. Under that law, when a property owner wants to destroy art of “recognized statute”, he must give the artist 90 days’ notice to allow for its removal.

Although he denied the injunction, Judge Block warned Wolkoff that he would be “exposed to potentially significant monetary damages if it is ultimately determined after trial that the plaintiffs’ works were of ‘recognized stature’”. Despite the court’s caution, the developer immediately directed that virtually all of the art be whitewashed, without giving the artists the necessary notice. None of the works were salvageable, the judge said.

After reviewing the evidence presented during a three-week trial last fall, the judge had no difficulty finding that the works were considered “meritorious” by art experts, other members of the artistic community, or by a cross-section of society. The artists each submitted portfolios of their professional achievements, media coverage and social media presence. The colour prints of their work, he said, “reflect striking technical and artistic mastery and vision worthy of display in prominent museums”. He also found the plaintiffs’ experts highly credible.

By contrast, the judge faulted one of the defendants’ two experts, Erin Thompson of the City University of New York, for interpreting “recognized stature” as “akin to a masterpiece”. She relied heavily on her inability to find the works on social media or academic databases, he said, but her search methodology “was almost designed to avoid finding results”.

The judge also rejected the defendants’ contention that the works were not entitled to legal protection because they were temporary and often painted over so that new art could be created. “Vara draws no distinction between temporary and non-temporary works on the side of a building, particularly when all that makes a work temporary is the building owner’s expressed intention to remove or destroy it”, the judge wrote.

“Wolkoff knew from the moment the lawsuit was initiated that the artists were pressing their Vara claims… and could have given the plaintiffs 90 days’ notice to allow them the opportunity to salvage their works,” Block wrote. “But Wolkoff could not care less. As he callously testified: ‘I decided—I alone decided to hire people to whitewash it in one shot instead of waiting for three months.’” Judge Block described this as “an act of pure pique and revenge for the nerve of the plaintiffs to sue to attempt to prevent the destruction of their art”.

While the plaintiffs could not establish a reliable market value for their work in their request for damages, the judge agreed to award the maximum to deter other property owners from doing the same thing in the future. Otherwise, the judge wrote, it would be “cost-effective… to violate the statute”.

Overall, Judge Block was scathing in his assessment of Wolkoff: “Eliciting coherent testimony was a chore and was only achieved after the court threatened to hold him in contempt.” Wolkoff, he wrote, “has been singularly unrepentant. He was given multiple opportunities to admit the whitewashing was a mistake, show remorse, or suggest he would do things differently if he had another chance. He denied them all”.

Wolkoff’s attorney had not yet responded to requests for comment at the time of posting.