Your essential guide to the Armory Show, Volta, Independent, Nada and beyond 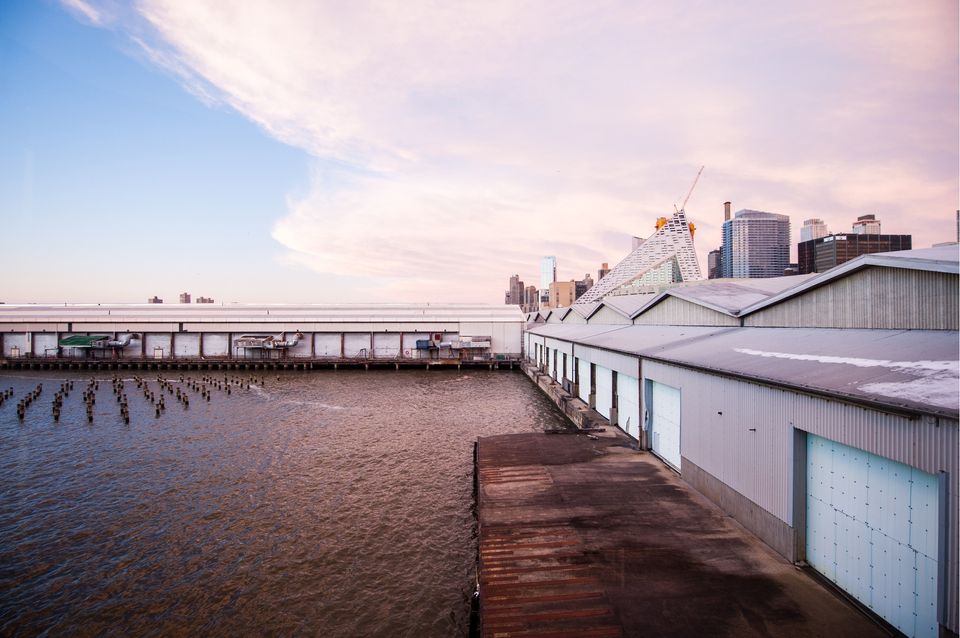 The week’s flagship fair, The Armory Show, returns to its westside location with 198 international exhibitors and modestly tweaked programming. One change will be visible from across the West Side Highway: a work outside the fair, as part of the Platform sector of site-specific installations organised by Jen Mergel. On Pier 94 is a monumental billboard-style work by the street artist JR (presented with Jeffrey Deitch and Artsy). In SO CLOSE (2018), JR has pasted over the faces in an archive photo of immigrants at Ellis Island with portraits he took in a Syrian refugee camp last year.

Other changes may be less obvious. The fair’s last director, Benjamin Genocchio, was ousted last November over allegations of sexual harassment; he has been succeeded by the deputy director, Nicole Berry, who says she is keen to make the event a site of intellectual as much as commercial exchange. “We want to be relevant and not shy away from promoting things that are relevant and topical,” Berry says.

The Focus section, now at the front of Pier 92, will feature 28 galleries invited by guest curator Gabriel Ritter, of the Minneapolis Institute of Art, with works by artists such as Hermann Nitsch (via Marc Straus) and Takeshi Murata (via Empty Gallery) on the theme of technology and the body. Overall the fair has 43 new exhibitors, including Bank, Night and Livia Benavides, alongside heavy hitters like Gagosian, Perrotin and Regen Projects, who are returning after an absence. “The Armory Show has a very loyal collector base,” Berry says. “But these days, you can’t just rest on your laurels.” 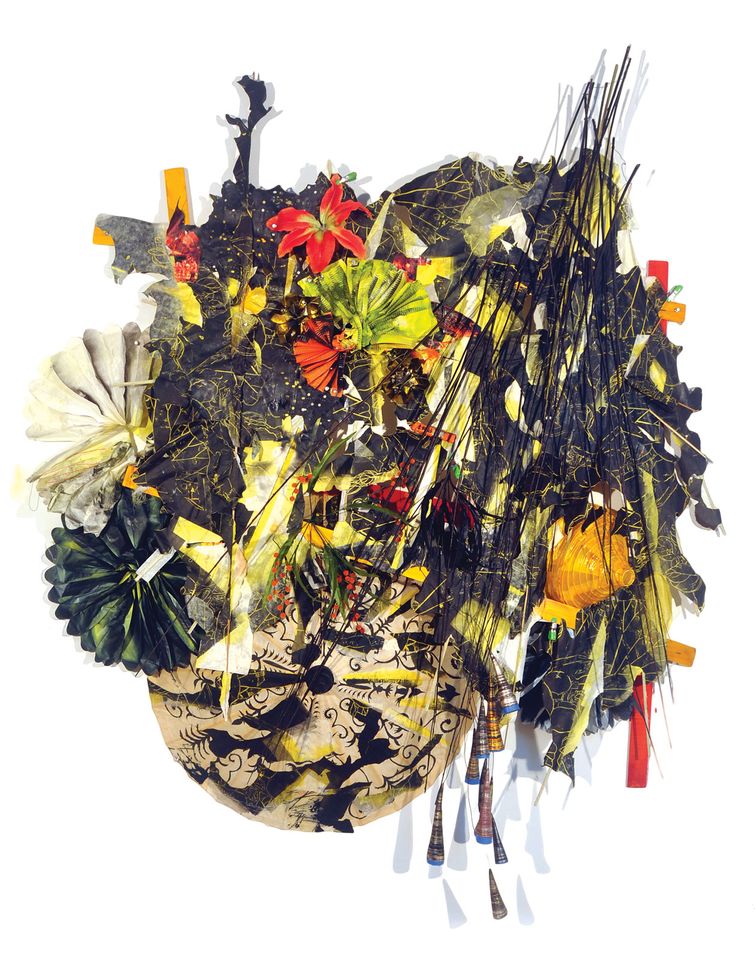 For the Basel-born fair’s 11th edition, more than 30 new exhibitors are bringing a “healthy degree of fresh blood to the familial Volta vibe”, says Amanda Coulson, the artistic director. All the more necessary for a fair that identifies itself as “a feeder” rather than as a satellite of the Armory Show, also owned by Vornado Realty Trust. “Satellite fairs are often deemed the lower end of the spectrum,” Coulson says. “But Volta is like the babbling brooks that feed the slow-moving major rivers.”

While some regulars have graduated to the neighbouring piers, 85 international exhibitors are holding down the fort with solo presentations of emerging artists or those who remain overlooked in the mainstream market. Galerie Oniris from Rennes will offer paintings by the Hungarian-French artist Vera Molnr, who pioneered computer art in the 1960s. REM Project from San Juan will show multimedia pieces by Rafael Vargas Bernard that utilise wreckage collected after Hurricane Maria and address breakdowns in US aid and local corruption.

For the first time, Volta’s curated exhibition is organised by artists. Mickalene Thomas and Racquel Chevremont’s Aesthetics of Matter presents works by eight of their colleagues working broadly in collage, including Kameelah Janan Rasheed, David Shrobe and Troy Michie. 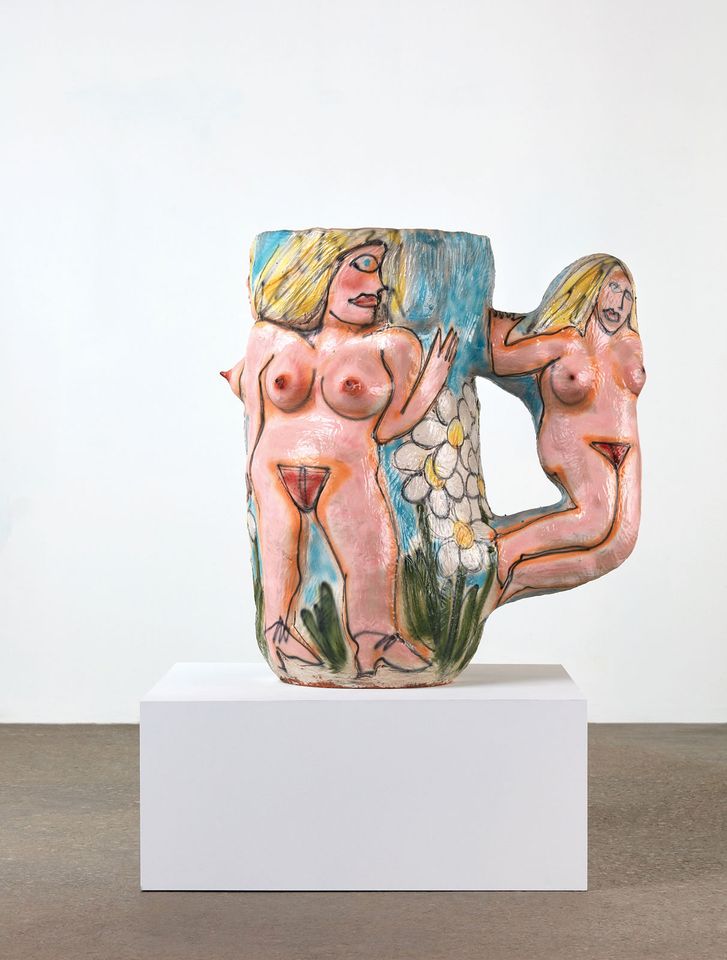 With nearly half of its 57 galleries mounting solo stands this year, Independent has an eye towards the new, the overlooked and the eccentric. Entering its ninth edition, this comparatively small, dealer-owned event prides itself as “a site for discovery”, according to Matthew Higgs, its key curatorial advisor and the director of White Columns gallery in New York.

David Kordansky, for example, will pledge its stand to the Los Angeles sculptor Ruby Neri, “whose work we don’t see enough of in New York and whose large-scale ceramic vessels should be far better known”, Higgs says. Neri’s funky glazed pieces are shaped into crude and loopy female figures that call to mind Jean Dubuffet’s art brut and the irreverent wares of Robert Arneson. Notable historical presentations include Alden Projects’ archival materials from the self-taught US artist William Copley. Showing at the fair for the first time, the gallery will call attention to Copley’s activities as a publisher, including his collaborations with Marcel Duchamp and Roy Lichtenstein, which, according to Higgs, “will be a revelation”.

“We have always been interested in these maverick figures,” Higgs says. “Independent is interested in creating a dialogue between art and artists—and -galleries—with often quite distinct and idiosyncratic intentions.” 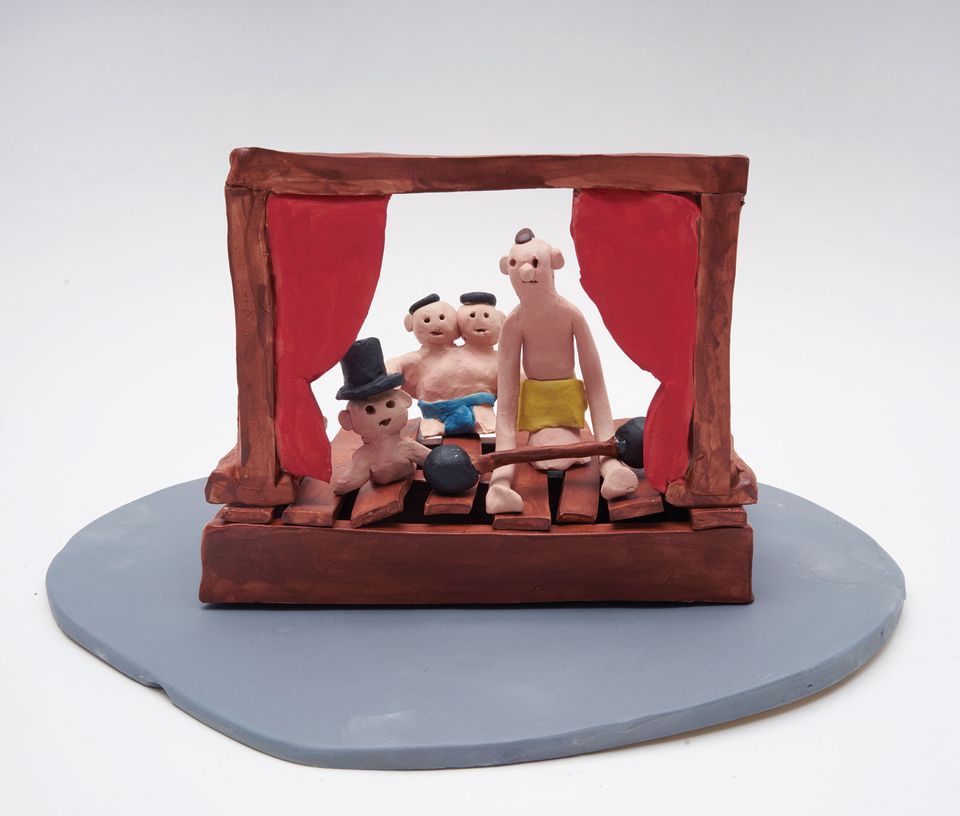 The New Art Dealers Alliance (Nada) fair—which moved from May to March last year and set up shop in SoHo—is hoping to inject a volt of energy with digital works.

Alongside the usual phalanx of hip Lower East Side galleries and their international comrades, this year’s “strong representation of new media artists and younger artists who grew up on the internet will add to the overall dynamism”, says the fair’s director, Heather Hubbs. She cites Brooklyn’s Transfer Gallery, which will present a three-channel video room showing the work of ten artists, including the Russian collective AES+F, Alex McLeod and Claudia Hart, as well as 315 Gallery, also of Brooklyn, featuring the internet performance artist Molly Soda, the persona of artist Amalia Soto that has garnered the most celebrity. Rhizome, the digital art and culture organisation will be presenting Internet Yami-Ichi, a mini black market of net art ephemera founded by IDPW and Exonemo.

True to its mission to support emerging galleries and artists, more than a quarter of the 100 dealers are making their Nada debut. “We help to diversify the ecosystem of the art market,” Hubbs says. “Our goal is to bring artists, dealers and collectors together that wouldn’t normally be in conversation.” 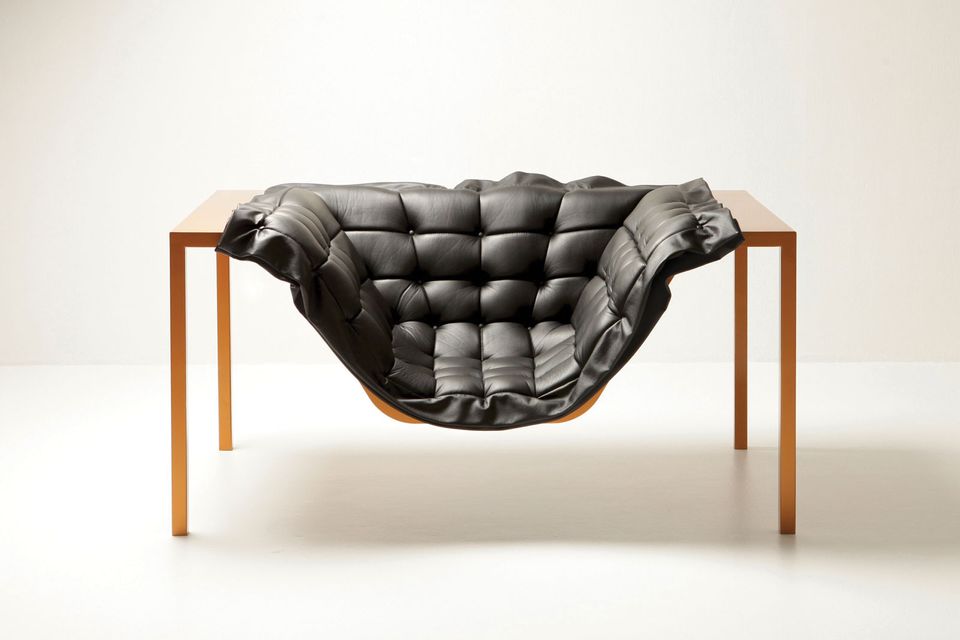 The city’s only design-dedicated fair has a new date for its sixth edition. According to the fair’s founder, Steven Learner, the move to coincide with other March fairs makes sense for a fair such as Collective, which hopes to engage a broader audience with a range of design, from classic to contemporary, as well as fine and decorative art.

The 40 international exhibitors, while featuring few high-end returnees, include a handful of designers and artists representing themselves, which is “a trend toward inclusivity that the fair fully supports”, Learner says. A new section, Hybrid, blurs the line between art and design, as in Sam Stewart’s whimsical sculptures poking fun at Americans’ exercise obsession, shown by Fort Gansevoort. Habitats are on tap: the designer Fernando Mastrangelo is unveiling his first complete cast environment, while Chahan gallery, of Paris, and the newly launched Michael Bargo gallery, of New York, will create room-style interiors. Curated presentations and commissions reinforce the feeling of, as Learner puts it, “an exhibition with works for sale, [rather] than a conventional fair”. Whether one collecting specialism could sustain an Armory Week event was once a valid question. But Art on Paper’s stable growth, and its 25,000 visitors last year, are increasingly proposing an answer. “People seem very comfortable with the idea of a fair based on paper at this point,” says Kelly Freeman, the fair’s director, of its broadly envisioned purview, which includes paper-based sculpture, installations, photography, drawings and multiples.

The fourth edition is one of Art on Paper’s most mature, welcoming 84 exhibitors from Barcelona, Buenos Aires, Tokyo, Dublin and Kauai, Hawaii. Freeman notes a higher proportion of multiples purveyors in the mix. Upon entering the event, visitors will confront Understory, a life-sized installation of a suburban basement complete with laundry machines, an old bed frame, shovels and the like—all made from a pale orange felt paper material by the collaborators Timothy Paul Myers and Andrew Barnes, staged by Walter Maciel Gallery.

“I’m seeing more and more people taking liberty with the concept of paper,” Freeman says. “That’s what we like”.

Co-founders Ambre Kelly and Andrew Gori, themselves artists, cite a domestic and international zeitgeist rife with rising xenophobia as their motivation for this year’s theme. More than 150 curators have responded, with exhibitions ranging from the satirical to the serious. Highlights include a to-scale re-creation of the White House's official James S. Brady Press Briefing Room as imagined by artist Macon Reed, who will be on-site channeling the nonstop theatricality of the White House's own regular briefings, and an immersive presentation of Jeffery Augustine Songco's Society 23, Locker Dressing Room, will “consider histories of fraternal hate, particularly as it affects the LGBTQ communities in the era of reality TV.”

“The anti-fair for artists” returns for its sixth edition, focusing on artists in New York without gallery representation. “Without the constraints and usual concerns of the art business, the selected artists have been freed up to use different materials and media and to deviate from accepted art practice definitions,” says the founder Alessandro Berni.

Oriented towards young and first-time collectors, the fair focuses on emerging artists like Bryant Giles, exhibited by Chicago’s Good Details Gallery. “Bryant exemplifies one current art world conversation, wherein artists are feeling more empowered to work across creative disciplines. And the art world is more receptive to such fluidity,” says Scope’s vice president Daria Brit Greene. Partnering with Sotheby’s, the fair will also present a panel discussion on the visual artist and musician Rammellzee, with Def Jam to “present an intimate music performance”.