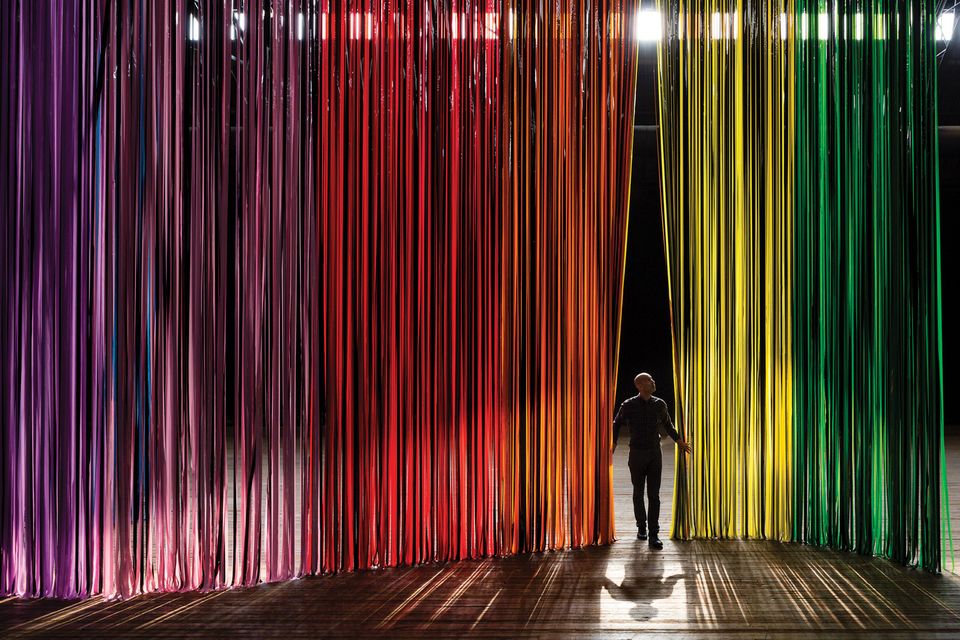 The artist Nick Cave will transform the Park Avenue Armory’s Wade Thompson Drill Hall into a carnivalesque dance hall this summer. The installation, called The Let Go (7 June-1 July), aims to “provide a safe haven for viewers to speak their minds with their bodies, to reflect on how politics are pushing us to a cultural boil and to explore how we can work through our frustrations in ways that are healthy,” the artist says. “For me, dance has always been that saviour.”

The centrepiece of the project is a 40ft-tall kinetic installation called Chase made of Mylar curtains suspended from the ceiling that “streams down like Tina Turner’s dress”, Cave says. The curtain is sectioned in symbolic colour combinations: black and silver, for example, are meant to evoke ideas of social class and “bling-bling”, while blue and black reference the ominous presence of the police. When planning the commission, Cave says he “thought about political urgency but, at the same time, thought about Studio 54 and these safe havens that people visited that were liberating and allowed the release and expansion of desire through physical movement”.

The Armory will also host performances during which the artist and a troupe of dancers will don his Soundsuits, a series of intricate wearable sculptures that Cave sees as a “second skin” that transcends race and gender. During the day, the installation will be animated by live music and DJ sets, with the public and community organisations—from church choirs to hula-hoopers—invited to participate with the work.