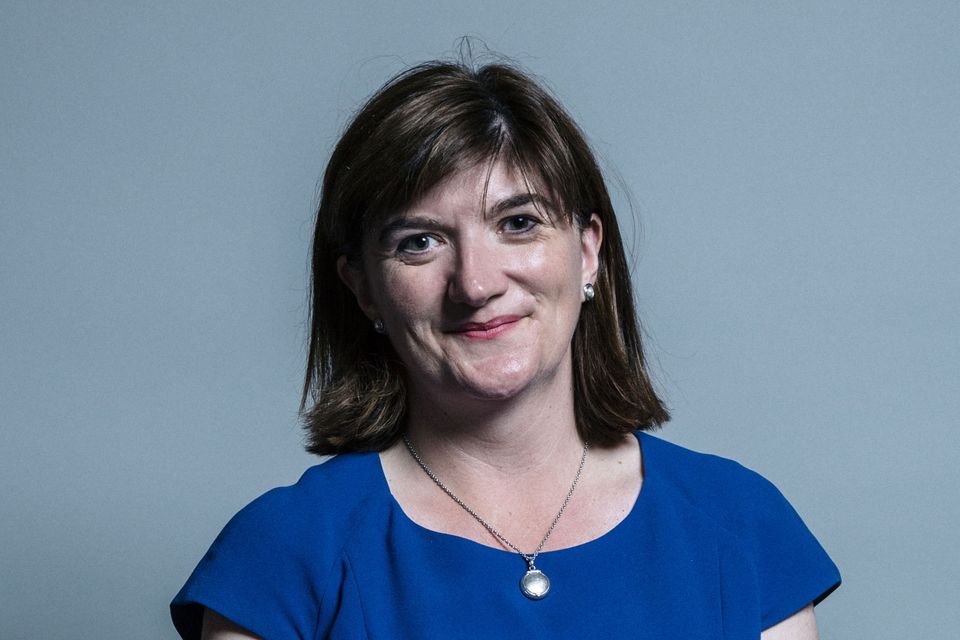 Nicky Morgan is the new UK Secretary of State for Digital, Culture, Media and Sport

Nicky Morgan has been appointed UK Secretary of State for Digital, Culture, Media and Sport (DCMS) by the new prime minister Boris Johnson. She is the fourth incumbent in post since 2016, following Karen Bradley, Matt Hancock and latterly Jeremy Wright.

Morgan is the member of parliament for Loughborough, and served as Education Secretary and Minister for Women and Equalities from July 2014 until July 2016. She is also chairperson of the powerful Treasury Select Committee.

Johnson has asked all new cabinet ministers to sign up to Britain leaving the European Union with or without a deal on 31 October. Morgan, however, campaigned to remain in the European Union, and says on her website: “I do not support leaving the EU without a deal as this would severely impact on the economy, employers and the finances of households across the country and in my constituency.”

Late last year, she said she would refuse to serve in a government led by Johnson after he accused former Prime Minister Theresa May of “wrapping a suicide vest around the British constitution, and [handing] the detonator to [European Union chief negotiator] Michel Barnier”.

Asked on the BBC Today programme last September whether she would work for Johnson, she said: "I think I'm very unlikely to be asked but the answer is no. I would not serve in a Boris Johnson cabinet." Nonetheless, Morgan tweeted yesterday that it is an “enormous privilege to take on this fabulous role”. She did not immediately respond to request for comment.

As a prominent Remainer (somebody who does not support Brexit), Morgan might also find herself at odds with Munira Mirza who has been appointed director of the No 10 Policy Unit, a body of special advisers and civil servants based in Downing Street that reports directly to the prime minister. Mirza was previously the executive director for culture at King’s College, University of London.

Mirza is an ardent Brexiteer, telling the Briefings for Brexit website that “we are very heavily invested in the EU’s arts programmes; the EU does fund activity with non-EU countries as well and it would be very misleading to suggest it doesn’t, but its overwhelming priority tends to be alliances within the EU member states.” She served under Johnson during his tenure as mayor of London (2008-16) in the post of deputy mayor for culture and education.

Johnson and his cabinet are already facing calls from the Creative Industries Federation, a membership body that represents UK arts and culture organisations, to resist a no-deal Brexit and proposed changes to the immigration system.

In an open letter to Johnson posted earlier this week online, Alan Bishop, the federation’s chief executive says: “The sector’s success relies on the ability to attract the best and brightest talent from all around the world. Specifically, the sector is deeply concerned about the proposed salary threshold, which is far too blunt an instrument to judge the value of highly skilled and talented non-UK workers. More than 80% of our members would face challenges if they were unable to hire such EEA workers on salaries below £30,000.”

Bishop adds: “Alongside many other industries, we will continue to stress the extreme damage that would be caused by a no-deal Brexit. The free movement of goods, services, capital and people have underpinned the sector’s success, and we urge all the leaders of the UK’s political parties to support a second referendum rather than crash out of the EU.”

Commentators on social media have also pointed out that Morgan said schoolchildren who focus extensively on arts and humanities subjects are limiting their career choices.

In 2014, at the launch of Your Life, a campaign aimed at increasing the number of students taking A-level maths and physics, she said: “If you didn’t know what you wanted to do… then the arts and the humanities were what you chose because they were useful, we were told, for all kinds of jobs. We now know that this couldn’t be further from the truth. That the subjects to keep young people’s options open are STEM subjects—science, technology, engineering and maths.”