Nicola L., known for her feminist functional design, has died at 81 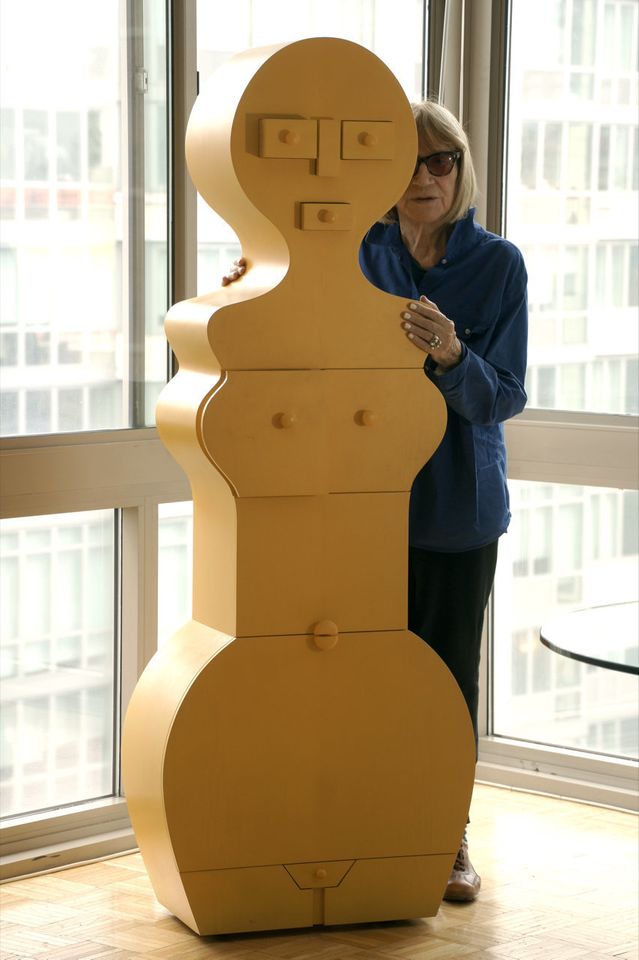 Nicola L. with "La Femme Commode" in 2017. Courtesy of SculptureCenter

Nicola L., the feminist Pop pioneer known for her witty anthropomorphic sculptures and a career that straddled art, performance and design, died in Los Angeles on 31 December 2018 at age 81. The news was announced on Thursday (3 January) by her son, Christophe Lanzenberg, on Instagram.

L.’s work often foregrounded the female form to humorous yet socially captious ends. She termed much of her sculpture “functional art,” making furniture-like objects that are at once silly, critical and useful. Consider her numerous La Femme Commode (1969-2014) pieces, lacquered wood cabinets in the shape of women in which their eyes, mouths, breasts, and bellies become drawers. It is through this playful approach that renders the female body an interactive object while providing an incisive critique of objectifying women that L. defined her career.

More broadly speaking, L. probed what it means to inhabit a body in general—whether that body be physical, architectural or political—and how we might unify these bodies to mutually supportive ends. For instance, ber Penetrable works are comprised of loose vinyl or textile coverings that are intended to be worn by performers, with holes cut out for eyes and mouths, extend the skin of the body. Some of these Penetrables, such as her well known The Red Coat (1970), are multiple suits stitched together, immediately uniting up to a dozen unique participants under one malleable yet resilient “skin”.

Though her career spans 50 years, L. only began to receive widespread institutional recognition for her work within the last decade, notably with her inclusion in Tate Modern’s 2015 survey exhibition, The World Goes Pop, which was one of the first exhibitions to aptly place her work within the context of the male-dominated genre. Her first retrospective, curated by Ruba Katrib, followed in 2017 at the SculptureCenter in New York.

Born in Morocco in 1937, L. studied painting at the École Nationale Supérieure des Beaux-Arts in Paris. She spent the beginning of her career in 1960s working between Ibiza and Paris, where she encountered other artists like Marta Minujin, Yves Klein, and Alberto Greco and became associated with the Nouveau Réalisme movement. She famously burned all of her paintings after Greco asked her how she could continue to paint after Marcel Duchamp. This launched her innovative approach to integrative design, film, performance and political critique. She moved to New York City in the late 1970s, taking up residence in the Chelsea Hotel, where she lived until recently, along with much of her art.

Lanzenberg’s Instagram post featured a photo of one of his mother’s best-known works, The Giant Foot (1969), related to one of her first Pop pieces, a giant vinyl sofa in the shape of a foot. In the caption, he writes: “Her friends, her art, her work meant everything to her... So, if we can ask you... please remember her for the laughter, the fun, the craziness, the strength, the madness, and the good times that we all had with Nicola.” The cause of death was not available.