The painter, performance artist and film-maker, who won the Golden Lion at the Venice Biennale in 2017, has died aged 79 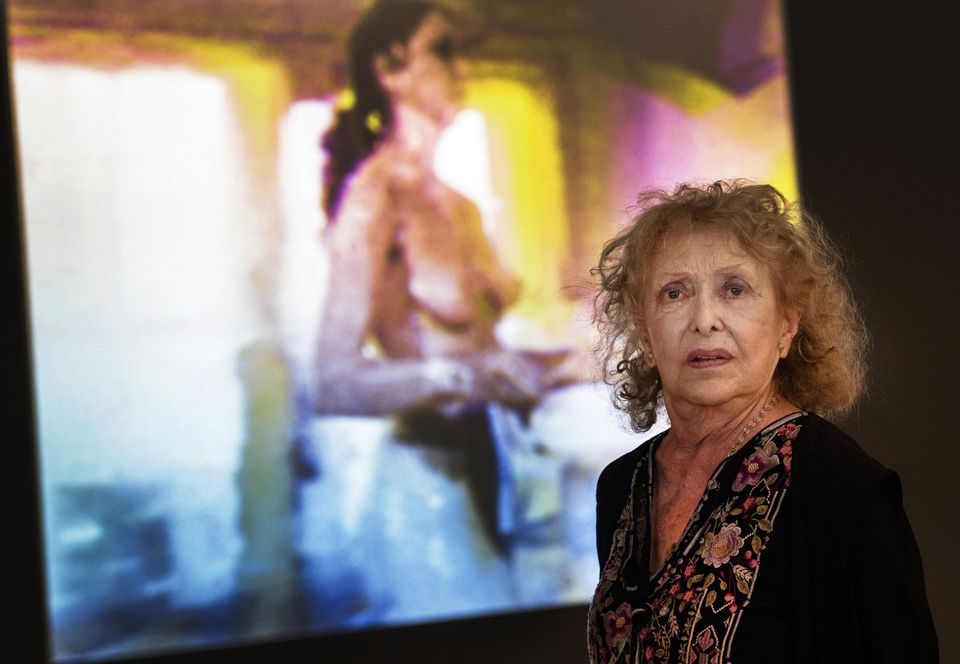 The pioneering painter, performance artist and film-maker Carolee Schneemann has died, aged 79. Her influence was enormous: as Schneemann herself put it when talking to the Guardian in 2014, her work “became a bridge that had to be crossed by young feminists working with their bodies.”

She was born in rural Pennsylvania, where she grew up doing farm work (“there’s a deep connection between the demands of farming and the demands of art creation”, she told the artist Pipilotti Rist in a wonderful 2017 conversation for Interview magazine). She studied at the University of Illinois before making her way to New York in 1961, where she was quickly immersed in the Downtown performance scene that became the crucible for a revolution in art, theatre and contemporary dance. Schneemann was a founder member of the Judson Dance Theater, that extraordinary gathering of figures in Greenwich Village who would help determine the course of art and performance over several decades, including Yvonne Rainer and Trisha Brown.

Many artists in that scene occupied Downtown spaces left empty as traditional industry declined. Schneemann made a former furriers on 29th Street her home, and it directly influenced her work: in what might be regarded as her breakthrough piece, Four Fur Cutting Boards (1962–63), now in the Museum of Modern Art in New York, she used the fur scraps and cutting boards left in the space combined with, among other things, hubcaps, lights and stockings and gestural painterly marks to create what she memorably described as an “exploded canvas”. The work exemplifies the way that the heroic “action painting” of Jackson Pollock was re-imagined by feminist artists of the 1960s. Indeed, Schneemann maintained that despite the fame she gained as a performance artist, she was always, at heart, a painter. She told Rist: “The way I understand composition and form and my ability to enter into material all comes from my disciplines and my commitment as a painter—my energy, my arm, my eyes, my sense of space and form and time. It’s a wonderful realm for me. I never leave it.”

Schneemann uncompromisingly used her own body to explore both the contemporary politics of gender and ancient ritual. Fuses (1965) is a 16mm film of her and her then partner, the composer James Tenney, making love, which she painted, burned and exposed to acid and then cut into a 18-minute film. “It is different from any pornographic work that you've ever seen,” Schneemann said, “That’s why people are still looking at it. And there's no objectification or fetishisation of the woman.” In Interior Scroll (1975), meanwhile, with her naked body smeared with mud, Schneemann stood and slowly extracted a paper scroll from her vagina, all the while reading from it.

Schneeman’s work also incorporated searing commentaries against war and violence, with works like Souvenir of Lebanon (1983–2006). In recent years, she had been working with images of corpses from the war in Syria, and told Ms Magazine last year that she was studying aspects of male violence. “And I end up in a pit with the corpses. I end up in a dead end. In a place where there’s no exit except through the inherited culture of further research and artists that have been able to look at and examine violence.” Again, she embroiled herself in the art of the past, mentioning Goya and ancient sculptural reliefs “showing women attacking male invaders, horses running over women with swords who are defending themselves. These are all very suppressed ancient sources of resistance that a feminist would recognise but that male culture has completely deformed.”

Like many artists of her generation, Schneemann has only recently gained the wide acclaim she has deserved—her first solo exhibition in the UK was only five years ago, for instance. But symbolic of the eventual recognition of her work’s significance and influence was the award to her of the Golden Lion at the Venice Biennale in 2017. The judges praised the way she “champions the importance of women’s sensual pleasure and she examines the possibilities of political and personal emancipation from predominant social and aesthetic conventions”. Her response was what you might have expected from an artist with a lifetime of relative critical indifference and male snarking at her work behind her. “It’s made me very depressed and confused,” she told Rist. “I’m used to working with neglect and misunderstanding, so this has been really challenging. It’s a different psychic realm. The Lion did not land easily here.”

As she threw herself into the Syria works at the end of her life, she told Rist: “It takes so much time because I have a lot of health issues. It’s a very difficult age when the forces of time want to destroy us and take us away. They’re just snatching people like devils; death comes and grabs each of us.”