Object lessons: a psychedelic cabinet from Gaetano Pesce and more 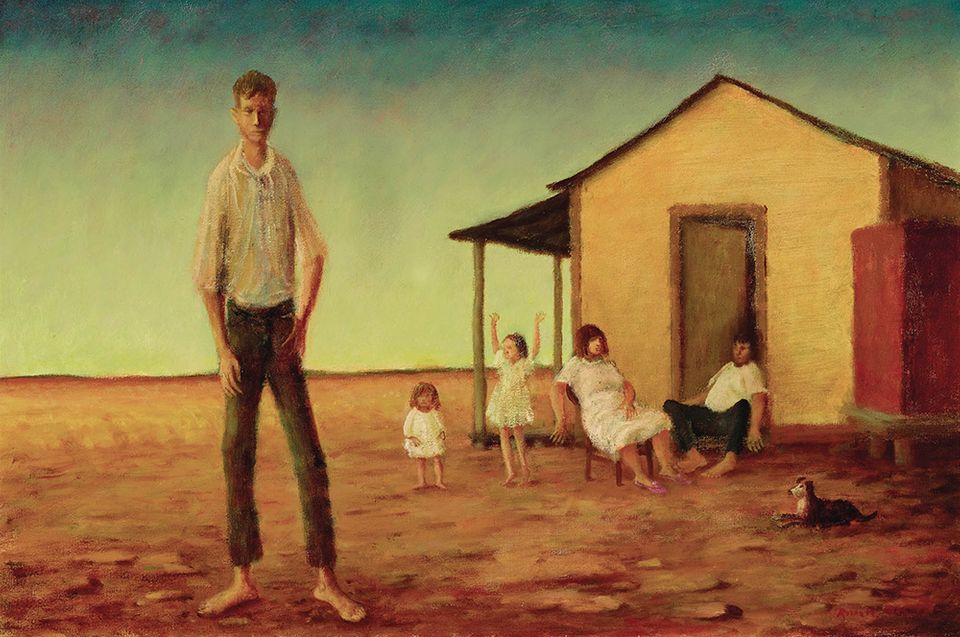 Drysdale, among the best known Australian artists for his depictions of the harsh beauty of the outback, helped put Menzies on the map when the firm was founded two decades ago. According to the managing director and auctioneer Cameron Menzies, this canvas “is one of the most exciting discoveries the auction house has made in recent years”. This oil painting, held in a Sydney collection since the 1970s, has never been shown or offered at auction. The verso of the work bears a label from Joseph Brown’s gallery of Melbourne, Drysdale’s longtime dealer. The canvas captures a “desolate landscape [with] desperate figures inhabiting it, much [like] the artist’s emblematic depictions of the drought-ravaged Australian interior from the 1940s, which hold a pride of place in Australia’s leading public art institutions”, says Menzies, adding that it is of comparable quality to well-known works of the artist’s oeuvre that are held in major collections, such as Sunday Evening (1941) in the collection of the Art Gallery of New South Wales. The now-defunct Mossgreen achieved the artist’s record last year with a similar oil composition called Grandma’s Sunday Walk (1972), which made A$2.5m (est A$1.8m-A$2.2m). 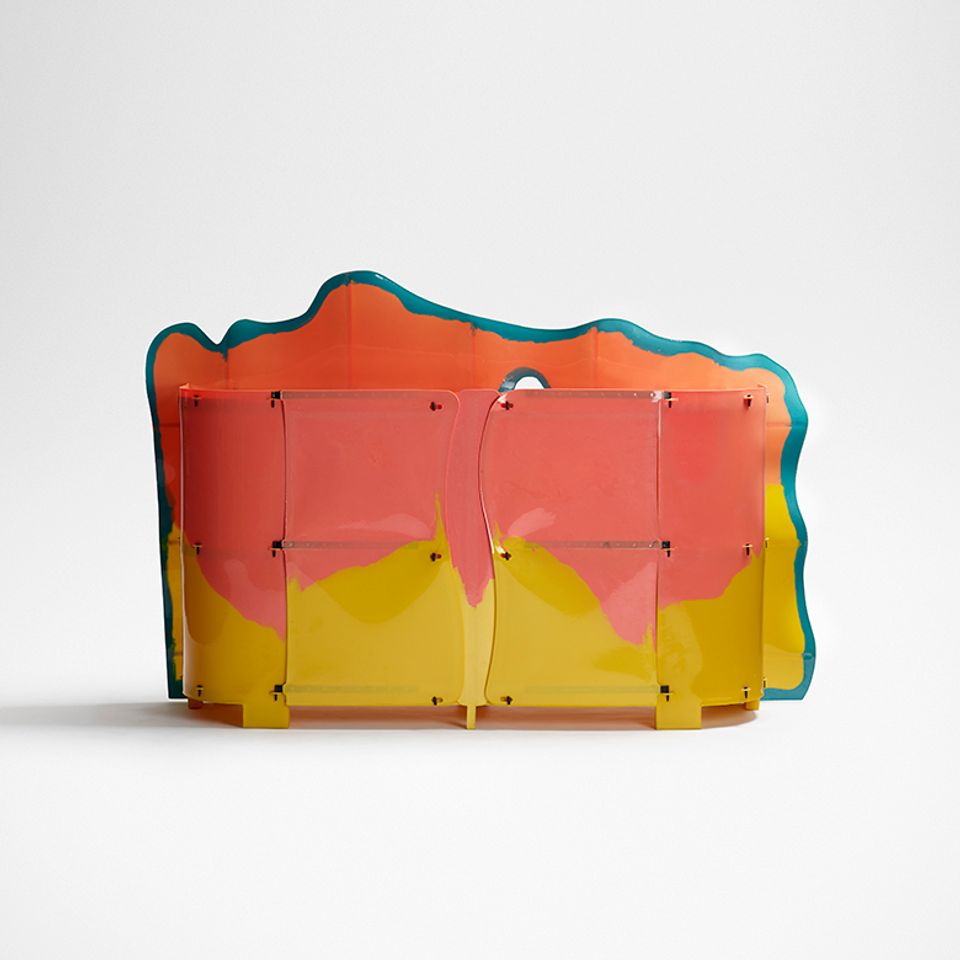 This psychedelic cabinet from the collection of the late US dealer and design consultant Jim Walrod—known for his eclectic and often esoteric taste, and as a dealer to David Bowie—was devised by the Italian designer and architect Gaetano Pesce for a collection called Nobody’s Perfect by Zerodisegno that celebrates man’s diversity and singularity. The collection encompasses various pieces of polyurethane resin furniture that “are all born separate different from each other, unique, separable, changeable and aromatic, sensitive and polychromatic: none is perfect”, wrote Zerodisegno. The collection was produced from 2002 for nine years, and each piece is unique. In 2005, Neumeister Kunstauktionen of Munich auctioned a table (complete with tablecloth, placemats, candleholders and armchairs) that made €12,000, and Sotheby’s London sold a similar cabinet in 2015 for around £7,000. Michael Jefferson, the auction house’s senior vice president, says that Pesce and Walrod “are and were revolutionaries—Walrod championed and admired Pesce, and, in many ways, helped solidify Pesce’s connection in New York, [by] collecting his designs and placing works with his top clients”. 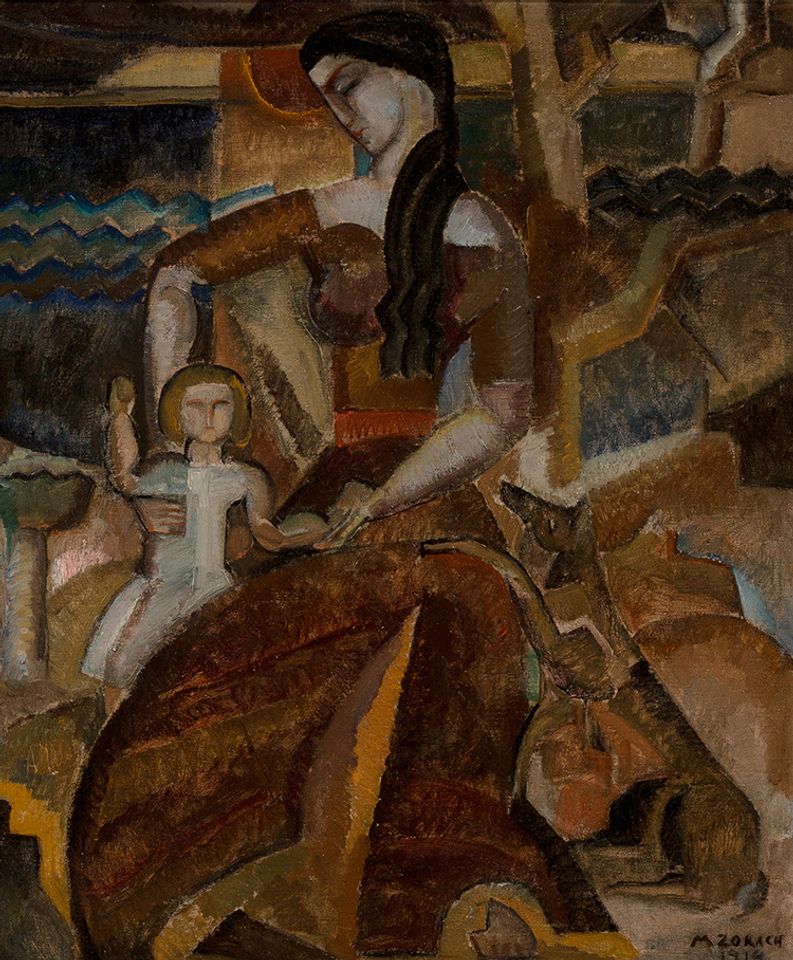 The US artist Marguerite Zorach produced this rhythmically composed oil painting of an anonymous mother and child in the decade after her inclusion in the inaugural Armory Show in New York in 1913, which “remains the artist’s best and most sought-after period”, says Aviva Lehmann, the auction house’s director of American art. A year before that pivotal exhibition, the artist had returned to New York from Paris and married the artist and writer William Zorach, also featured in the show. William was the more commercially successful of the couple, but interest in Marguerite’s Fauvist-influenced output, obscured during her lifetime, has risen in recent years. According to Lehmann, Zorach, who also practiced fashion and textile design, is an “undervalued and under-researched early female American Modernist—most people still only think of Georgia O’Keeffe when they consider the women artists of that time.” The mother and child in this painting show the influence of Zorach’s studies in early 20th-century Paris and bear a stylistic resemblance to her auction record-setting oil painting Two Nudes (1922), which made $264,000 (est $60,000-$90,000) in 2009 at Barridoff Galleries of Portland, Maine. This 24 in tall painting has never been offered at auction and last traded hands in the mid-1980s. Similar works of the period can be found in major collections, including the Smithsonian Museum of American Art in Washington, DC. As Zorach frequently used both sides of the canvas, the verso of this work features a vibrant but partially obscured painting.