Ahead of UK leaving the European Union, Art on the Underground programme looks at what it means to be "on edge" The 2019 Art on the Underground programme, comprising commissions by established and emerging artists for platforms and other parts of London's tube system, focuses on the implications of Brexit prior to the UK’s departure on 29 March 2019. The theme of next year’s works, by artists including Laure Prouvost and Bedwyr Williams, is On Edge.

“As we approach the prospect of the UK leaving the European Union and edge towards an uncertain future, the 2019 programme will explore what it means to be ‘on edge’, individually, collectively, politically and socially,” according to a project statement.

The Turner Prize-winning artist Laure Prouvost has composed a song based on Brexit. “The details are still in development but Laure has written a song that will be performed with the Transport for London choir, as part of her commission,” a project spokeswoman says. Her works will be shown on digital screens and posters, encompassing large-scale installations at Heathrow and Stratford stations.

Meanwhile, the Welsh maverick artist Bedwyr Williams will create a new drawing, for the December 2019 cover of the pocket tube map; his exhibition at the 2013 Venice Biennale, when he represented Wales, explored stargazing and the cosmos. The British-Ghanaian artist Larry Achiampong will reimagine the London Underground logo, transforming 63 roundels dotted around Westminster station as part of his ongoing series Pan African Flag for the Relic Travellers’ Alliance. 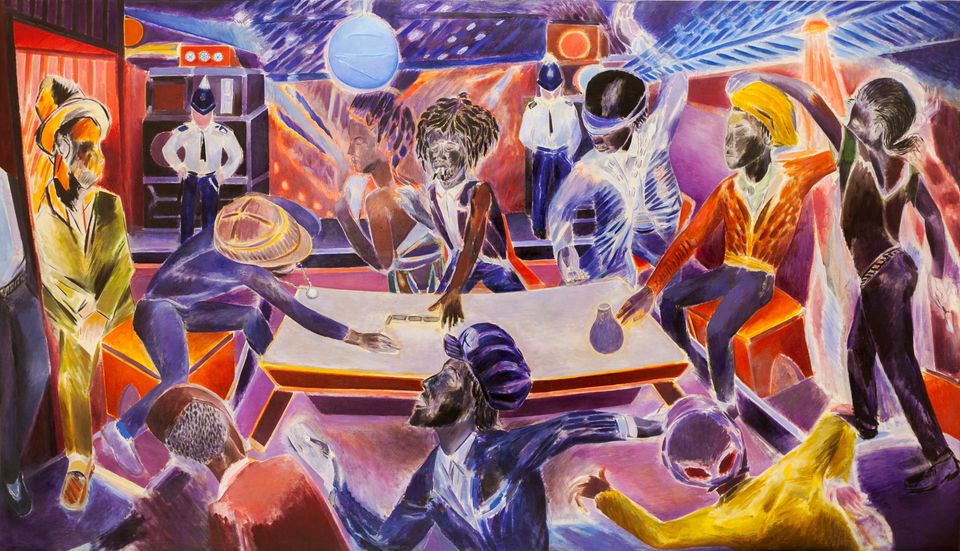 Denzil Forrester will present a new version of his 1982 painting Three Wicked Men which depicts the death of Winston Rose, a friend of the artist’s who died in police custody. Forrester told The Guardian earlier this year: “[Rose] was a friend of mine; we lived in the same house on Rectory Road in Stoke Newington in the 1960s. I hadn’t seen him for a few years and I saw in the local news he was dead. He was killed by police, but it was called ‘misadventure’.” The piece is part of the Brixton mural programme.

The UK artist Nina Wakeford’s research programme, part of the Northern Line extension project, explores LGBTQ+ communities in South London. Eleanor Pinfield, the head of Art on the Underground, says in a statement that “through our 2019 commissions, the programme interrogates questions applied unequally in society; who is unprotected, overlooked, ignored or mistranslated, and what artistic positions might counter this?”