Fortunately, even at Art Basel in Miami Beach, $5,000 is still worth something—a lot, in fact. For $3,000, Crown Point Press will deliver a gorgeous aquatint abstraction by the US artist Mary Heilmann, for example, and the Israeli artist Gideon Rubin’s small faceless portraits on cardboard can be yours for just $2,900 at Galerie Karsten Greve. Here is our pick of the budget-friendly works to be found this week. 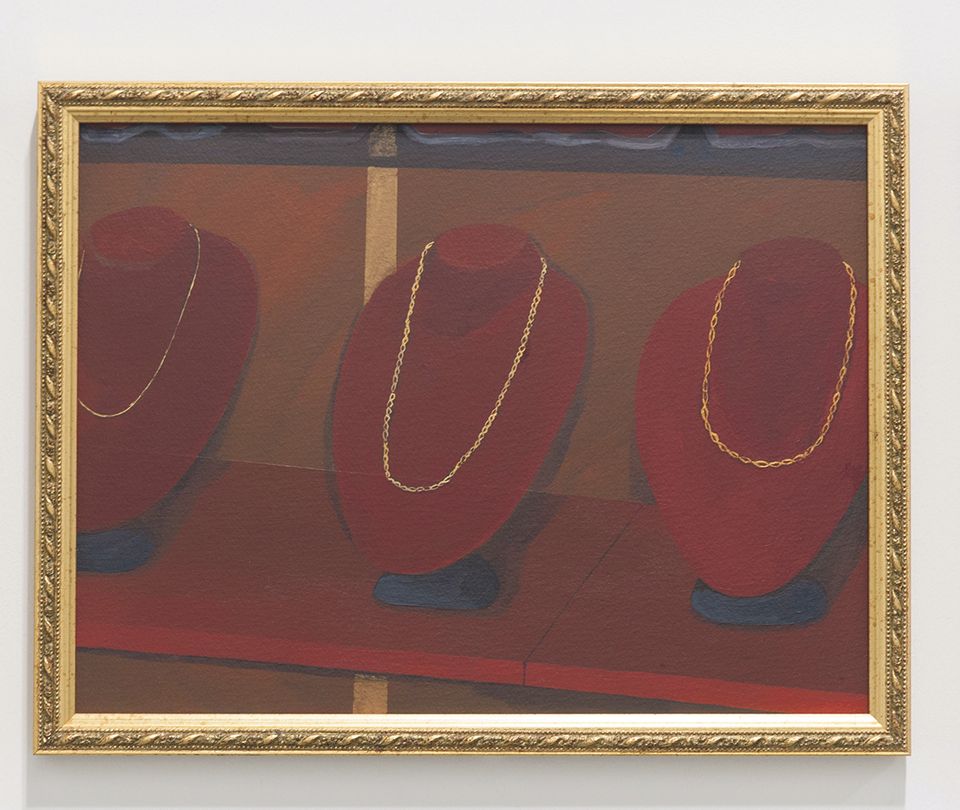 In her cosy diaristic paintings in the Kabinett sector, executed with nods to David Hockney and set in vintage frames, Farida El Gazzar reflects on life—past and present—in Alexandria, Egypt, where she was born and raised. Her simple views of gold necklaces, rings and bracelets are wistful references to jewellery shops and the political climate since the Arab Spring. “It’s a romantic view of the Alexandria where she grew up, but it’s slowly disappearing across the Middle East,” says the gallery’s co-owner Arsen Kalfayan. 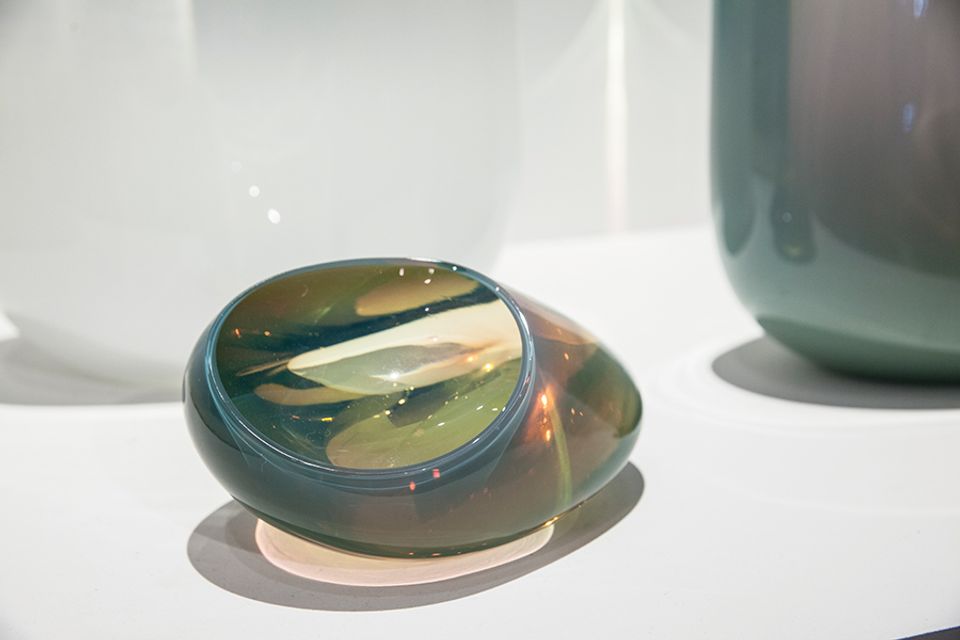 The designer John Hogan produces works in glass that are highly sensitive to the various ways we perceive this visually shifty material. Mere is a one-of-a-kind object, a suave decorative study in a brownish-caramel colour. Many of Hogan’s designs are rooted in that same principle of non-repetition. “It’s about this broader base of work that strives hard not to duplicate itself,” says the gallery’s owner, David Alhadeff. “What becomes signature for him is the experimentation, the continuously playing around and toying with glass.” 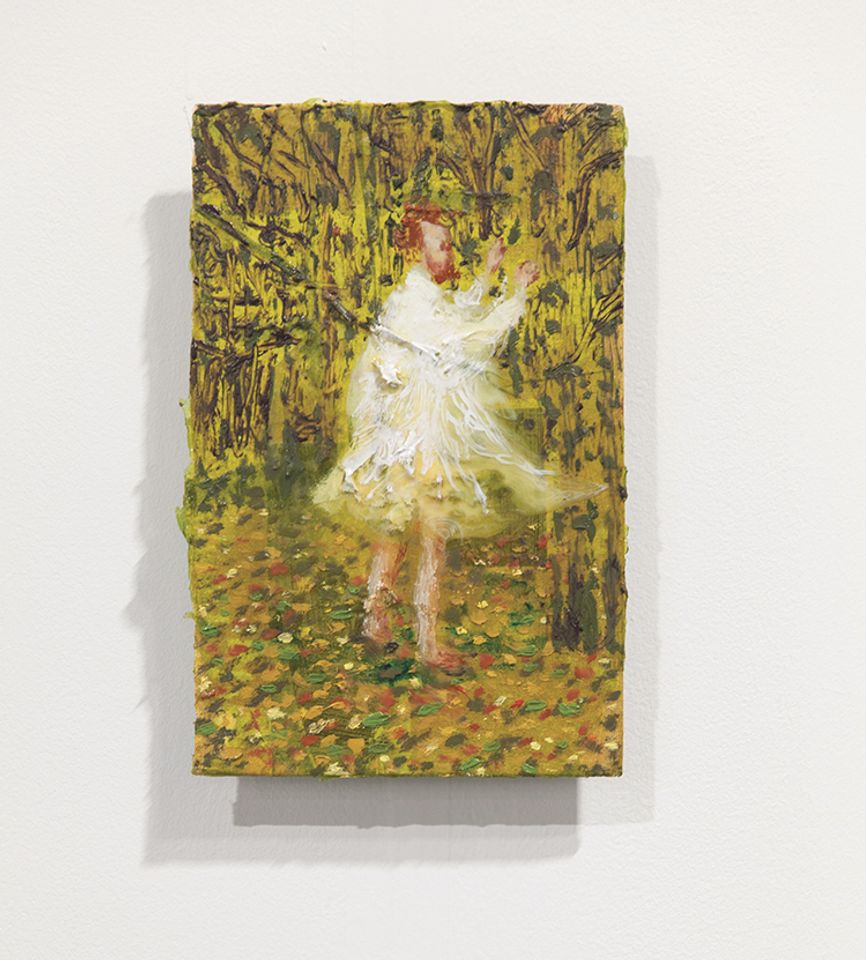 The gallerist Richard Ingleby describes the Scottish painter Andrew Cranston as a storyteller with no story to tell. His pint-sized works on hardback book covers are touched with absurdity. “He writes these little paragraphs about each painting, usually after he has created it, that tell you what he was thinking,” Ingleby says. The Fall, for example, was inspired by an illustration from the novel Don Quixote, yet “this took my thoughts to Van Gogh, perhaps in the grounds of the Saint-Rémy hospital [where he was a patient]”, the artist writes. 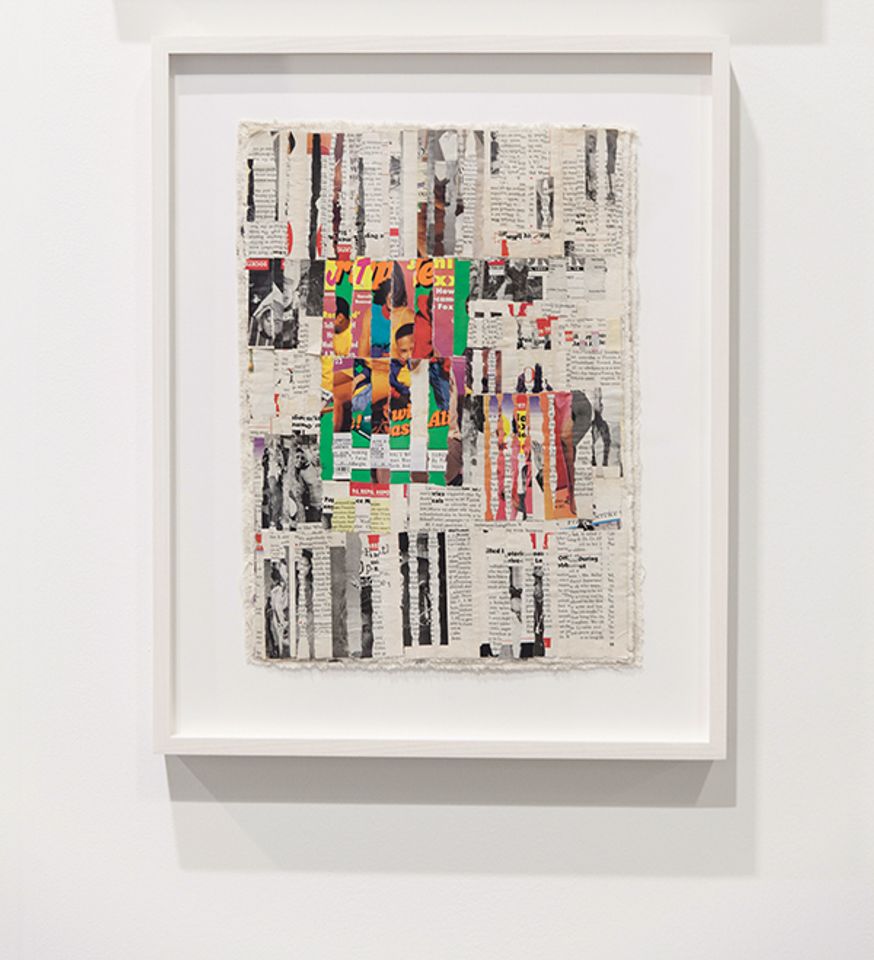 Jamal Cyrus systematically tore up a full issue of Jet magazine to create this textile-like collage on canvas. Founded in the 1950s, the magazine “started with the idea of producing positive images for black people”, says the artist, who is based in Houston, Texas. “It was also politically important.” It was Jet that published the historic open-casket photographs of Emmett Till, the African-American boy lynched in Mississippi in 1955. (These images inspired a controversial painting by Dana Schutz, shown at this year’s Whitney Biennial.) By the 1990s, however, commercial interests had engulfed the magazine with ads for cigarettes and alcohol geared towards African-Americans. 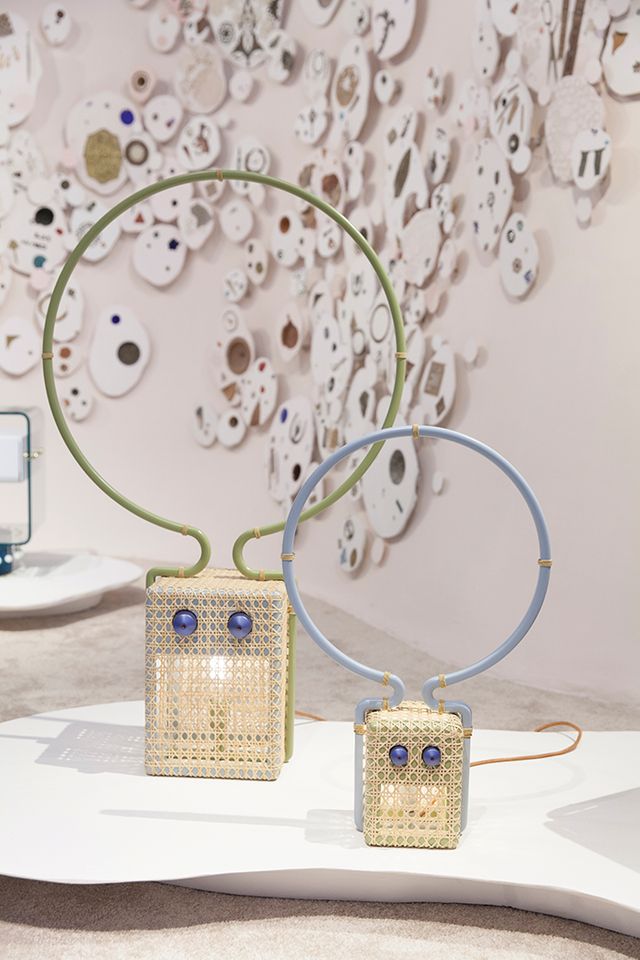 The young Lebanese designer Khaled El Mays has made lamps, inspired by the 1960s and priced at less than $2,500, for the Curio section of Design Miami. El Mays, who lives in Beirut and has a master’s degree from the Pratt Institute in New York, has hand-stitched and layered the object’s base with threads of wicker, making it look simultaneously retro, futuristic and traditional. “It gives the process a time-value that enhances the idea of the hands that have been involved in it,” he says.