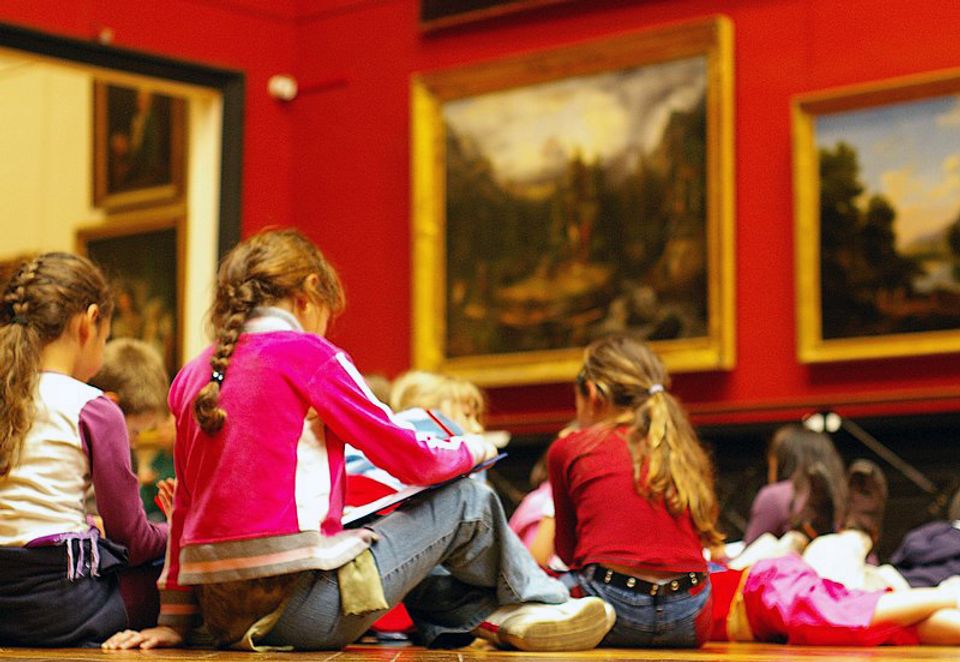 More than 1,200 art historians, educators and curators have signed an open letter urging museums and galleries worldwide to retain educators in light of “a growing trend of layoffs targeting education staff at major global museums”. The move follows a wave of redundancies at US museums forced to close during the coronavirus crisis.

Institutions such as the Museum of Modern Art in New York (MoMA), the Museum of Contemporary Art, Los Angeles (MOCA LA), the Massachusetts Museum of Contemporary Art (MASS MoCA), and the Serralves Foundation in Porto have recently reported redundancies, affecting numerous freelance and part-time educators, the letter states. “In the case of the MoMA, [there is] no horizon of re-employment,” the letter says.

It adds: “As those most in touch with communities outside of the museum, educators push criticality and innovation. Their work is regularly used to attract donors and supporters to many institutions. That they are first in the line of fire for layoffs, is disconcerting, to say the least.” The letter was initiated by Janna Graham who leads the undergraduate curating degree programme at Goldsmiths, University of London, and Carmen Moesch of the Mainz Academy of Arts at Johannes Gutenberg University.

Earlier this month, Hyperallergic reported that MoMA in New York had terminated all contracts with its freelance educators. A spokeswoman for MoMA says: “With the open-ended closure of the museum, there will be no new contract assignments to offer to a group of excellent freelance educators who work on [an] as-needed basis to give paid tours and lectures across New York City, including at MoMA.”

She adds: “Unfortunately, there is no work to offer them when the museum is closed, and we are unable to predict a safe reopening date or the rate at which visitation and tourism might recover in New York.” The department of education remains fully staffed, she adds and continues to engage and support communities, schools, teachers, and audiences through digital offerings.

But officials at the Serralves Foundation say that the references in the open letter to redundancies are “false and unfortunately misrepresent the situation”. Twenty-two of the individuals who have signed the letter describe their role as “art educator, Serralves Foundation”.

The Portuguese museum has meanwhile suspended all activities since 13 March. “Due to the Covid-19 pandemic, some external service providers—namely educational service monitors who are not employees of the Serralves Foundation and provide their services according to Serralves’ needs and their own availability—cannot provide their services,” a foundation spokesman says.

The Art Newspaper also reached out to MOCA LA and MASS MoCA for comment but they had not responded at the time of writing.

UPDATE: On 25 March, MASS MoCA announced that it had laid off 120 of 165 staff. Director Joseph Thompson says: "Layoffs affect every department, and all levels of management. MASS MoCA's education director/Kidspace curator remains part of the skeletal staff preparing to reopen MASS MoCA when the time comes.  In the meantime, we remain in close touch with community and school partners and are working in concert with local teachers and school administrators who have specifically asked MASS MoCA to develop a Covid-19 responsive arts programme for local students next fall."

UPDATE (4 May): The Team of Art Educators from the Serralves Foundation says in an email: "The Educational Service of the Serralves Museum is composed of only three full-time employees, responsible for the coordination, scheduling and production of activities and 25 freelance art educators. According to Portuguese law, when freelance workers have schedules decreed by the employer and respond to hierarchies, the employer is obliged to hire them on to a contract.

"Officials of the Serralves Foundation stated in the article that we do not work exclusively for them. Although this is true, we must clarify that not only the foundation demands we provide a minimum of three days a week for the service, we also work under this regime because the foundation does not offer us another option. This situation clearly exposed the unsustainability of this precarious model of employment.

"We regret this attitude taken by the Serralves Foundation towards its art educators, who are effectively at the frontline everyday and represent the face of the institution. The [Portuguese] state may eventually guarantee support measures in the context of the crisis in which we live, which in no way inhibits the Serralves Foundation from acting ethically and in a socially responsible way towards its employees."