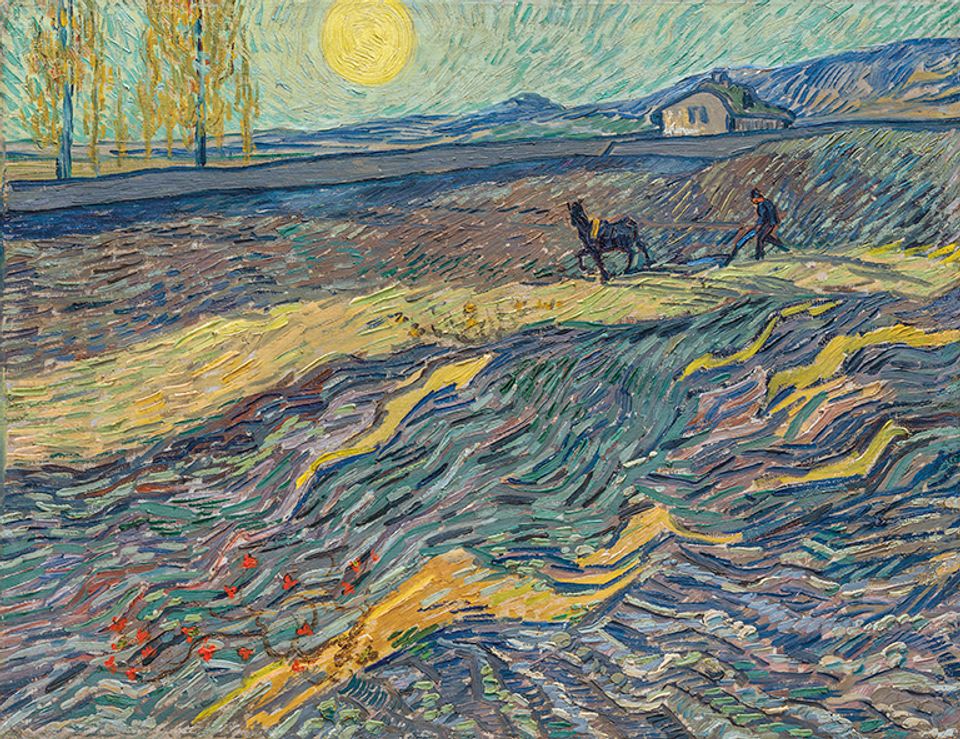 After encouraging results in London in October, the auction houses are approaching their key November sales of Impressionist and Modern and contemporary art with optimism. More stable economic conditions have contributed to discretionary sellers’ willingness to part with choice material, and in the Impressionist category, the overall pre-sale estimates at Sotheby’s and Christie’s are at a two-year high. “We’ve had a very busy gathering season”, says Jessie Fertig, the head of the Impressionist and Modern evening sale for Christie’s.

A vibrant Fernand Léger, Contraste de formes (1913), until recently on loan to the Metropolitan Museum of Art and consigned by the Anna-Maria and Stephen Kellen Foundation, leads the sale. From the artist’s key series, with a heavily impastoed burlap surface, Fertig describes the dynamic work as a “moment of Modernity, with Léger advancing beyond Cubism”. Its estimate of $65m goes some way toward the house’s highest pre-sale estimate in the category since 2006, between $360m and $496m on 68 total lots. Another big win for the house is the $120m Nancy Lee and Perry R. Bass collection, led by Labourer dans un champ (1889) by Vincent Van Gogh (estimate in excess of $50m). The Bass lots, tending toward strong and expressive colour, also feature a Fauvist portrait by Kees van Dongen (Portrait de Madame Malpel, 1908; est $7m-$10m) and a monumental 1933 Joan Miró collage, Peinture, estimated at $18m to $25m. There is also a “wonderful” Edouard Vuillard interior (est $7m-$10m) from the estate of William Kelly Simpson; all are emblematic, Fertig says, of the demand for top-quality works. 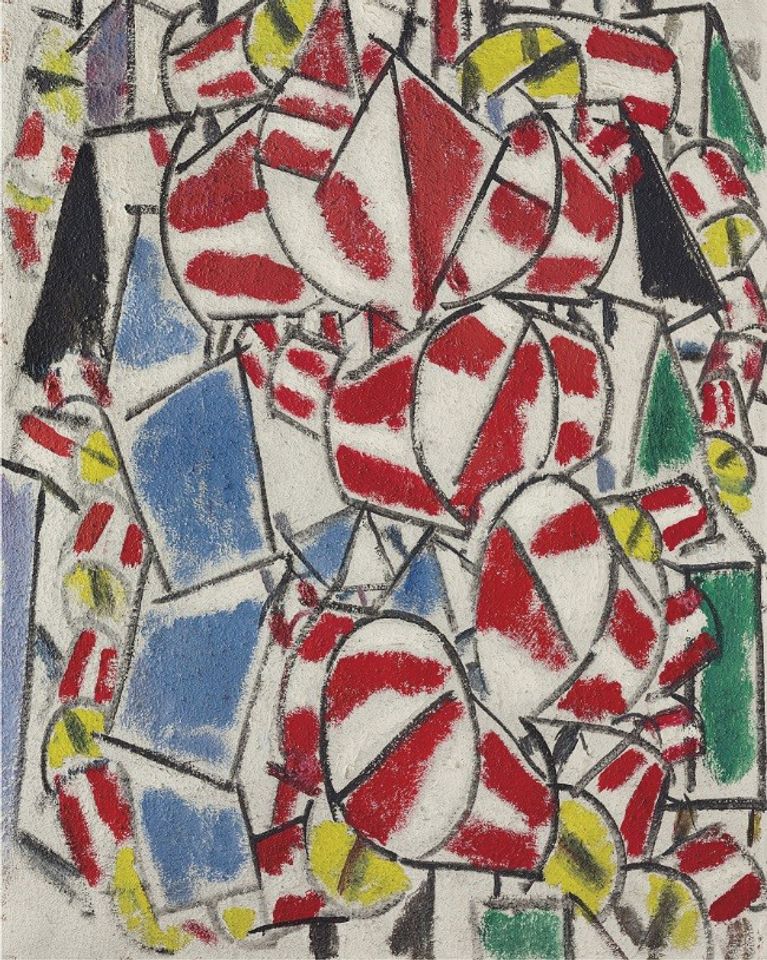 While the contemporary sale is headlined by a 500-year-old Leonardo da Vinci, accompanied by Andy Warhol’s monumental silk-screened tribute to the Renaissance master, Sixty Last Suppers (1986, est $50m), the more expected material includes some gems, particularly in the comprehensive group of Abstract Expressionist works collected by Heinz and Ruthe Eppler. Headlined by Franz Kline’s eight-foot-tall Light Mechanic (1960, estimate in the region of $20m) and Willem de Kooning’s Composition I (1955, est $4m-$6m), the array also contains a superb blue-and-green hued, Colour Field-esque painting by William Baziotes (Phantasm, 1951, est $800,000-$1.2m), an artist who has not yet seen his market tested in a New York evening sale context. "There hasn't been a breakout price for him because there hasn't been an A-plus example", says Sara Friedlander, the head of post-war and contemporary art for Christie's New York. However, she adds, for Baziotes or any other rediscovered artist, "if the individual work is not the best, the market isn't interested in re-investigating those names."

After the failure of a £60m Francis Bacon at Christie's London last month, Friedlander says she aimed for "a really layered, textured sale" composed not only of heavy hitters but also more modestly priced but attractive material. The $100m Da Vinci alongside Mark Rothko's radiant yellow Saffron (1957, est $25m-$35m) and a 1980s Julian Schnabel painting on velvet (Ethnic Type #14, 1984, $500,000-$700,000), she says, "tells a story about what the marketplace is after right now." 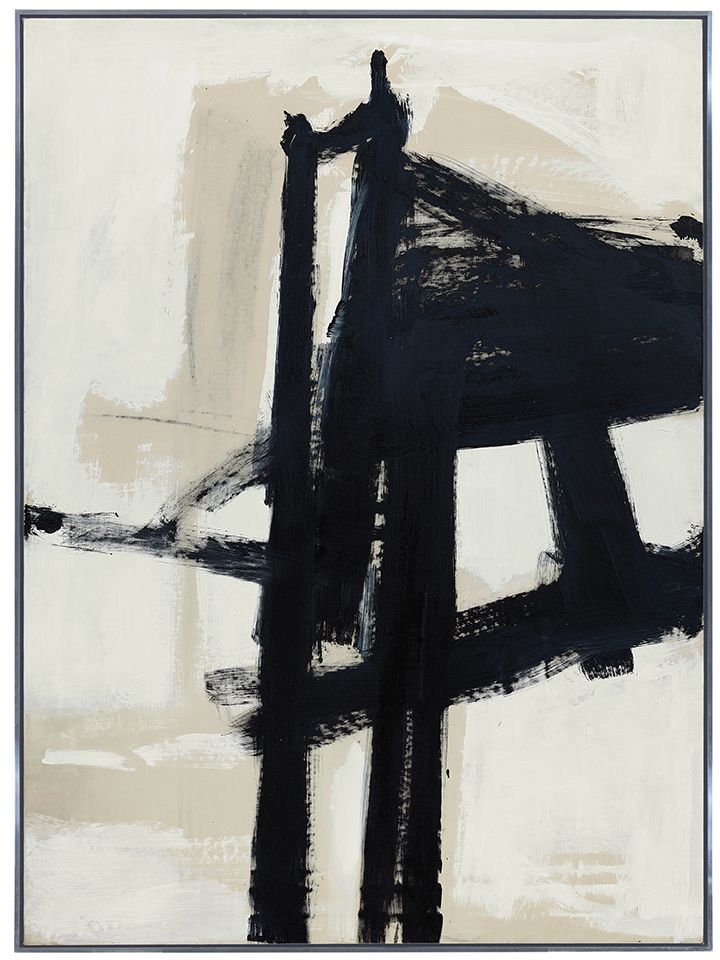 Chief among the highlights is Pablo Picasso’s Buste de Femme au Chapeau (est $18m-$25m), an oil portrait of Marie-Thérèse Walter from 1939. Jeremiah Evarts, Sotheby’s head of Impressionist and Modern evening sale in New York, says, “he’s sort of transitioning into the Dora Maar years—the hat, for instance, is something you see on Dora. There’s this wonderful softness of the Marie-Thérèse moment with some of the angularity of the Maar period entering from stage left...even though there’s this positive, optimistic palette, you also feel the underlying sense of unease, as Spain descends into civil war.” Never before offered at auction, and sold to benefit the American Society for the Prevention of Cruelty to Animals, Evarts expects it to do well: “The appetite for great Picasso portraiture has never been stronger.”

Another work with an equally lofty estimate is Les Glaçons, Bennecourt (1893) by Claude Monet, one of his 17 ice floes paintings. “It’s best in class for what it is,” Evarts says. “Even though it has all those colours, it has the effect of a wonderful Minimalist painting.” At the lower end of the spectrum, Evarts points to the Danish painter Vilhelm Hammershøi’s Interior with a Woman at the Piano, Strandgade 30 (1901, est $2.5m-$3.5m), reminiscent of Hopper and Morandi, which he says is “a remarkable painting from an artist we’ve never offered in an evening sale”. 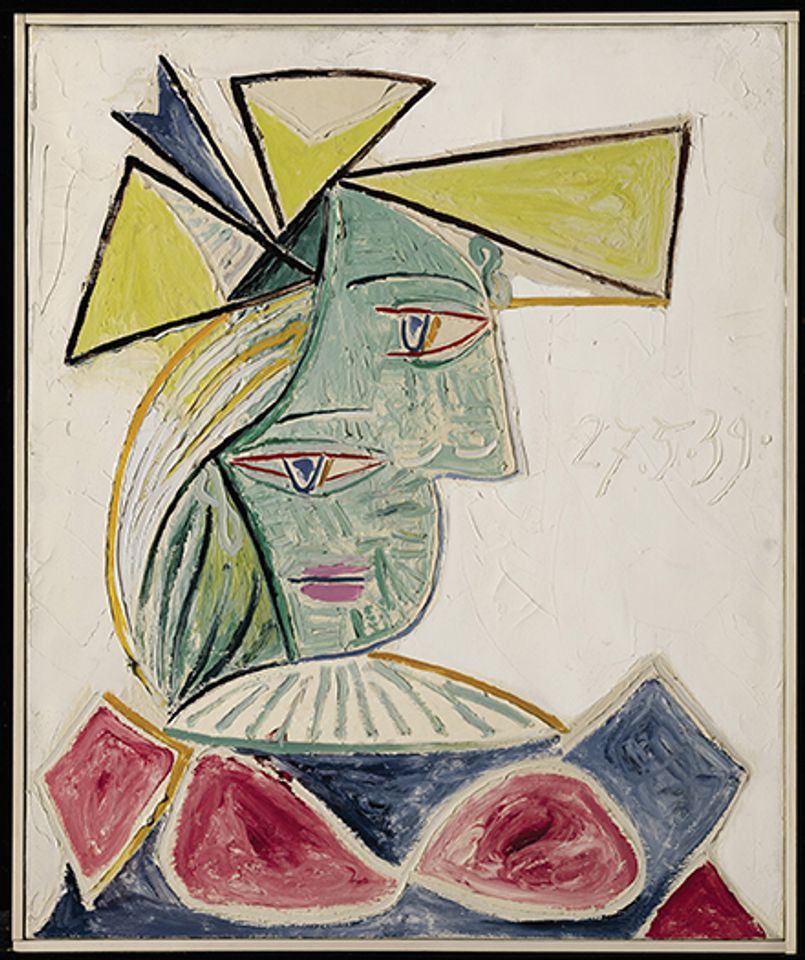 On the contemporary side, Sotheby's is offering a Francis Bacon triptych of George Dyer, one of five extant and one of three in private hands, bought by the consignor in 1967, the year after it was painted. Another triptych sold at Christie’s New York in May for $46m hammer; this one is tagged at $35m to $45m (and guaranteed by the house). “It’s absolutely magnificent”, says the head of contemporary art Grégoire Billaut. “He is at his best when painting the very close circle around him.” Other discoveries include a large Warhol Mao portrait, unseen in public since 1973 (est $30m-$40m) and Cabra (1981-82), a Jean-Michel Basquiat skull painting owned by Yoko Ono (est $9m-$12m).

Sotheby's is also presenting a strong slate of works on paper from the Dr. Barbaralee Diamonstein-Spielvogel and Ambassador Carl Spielvogel collection in its evening sales. Among the modern works is a suggestive gouache by René Magritte, La réponse imprévu (1963/4), estimated at $2m to $3m, while the contemporary material includes a late Rothko acrylic on paper mounted on canvas (Untitled, 1968, est $5m-$7m) and seven works by Jasper Johns, led by the richly textured Numbers (2006; est $2.5m-$3.5m).

Following its success with Peter Doig’s record-setting Rosedale (1991), which fetched $28.8m (with fees) at Phillips New York last May, the auctioneer will offer the artist’s Red House (1995-96) with an estimate of $18m to $22m. The worldwide co-head of 20th-century and contemporary art, Robert Manley, praised the painting's nuanced handling of space and light and says, "It's not always easy to make lightning strike twice, but we're going to try". 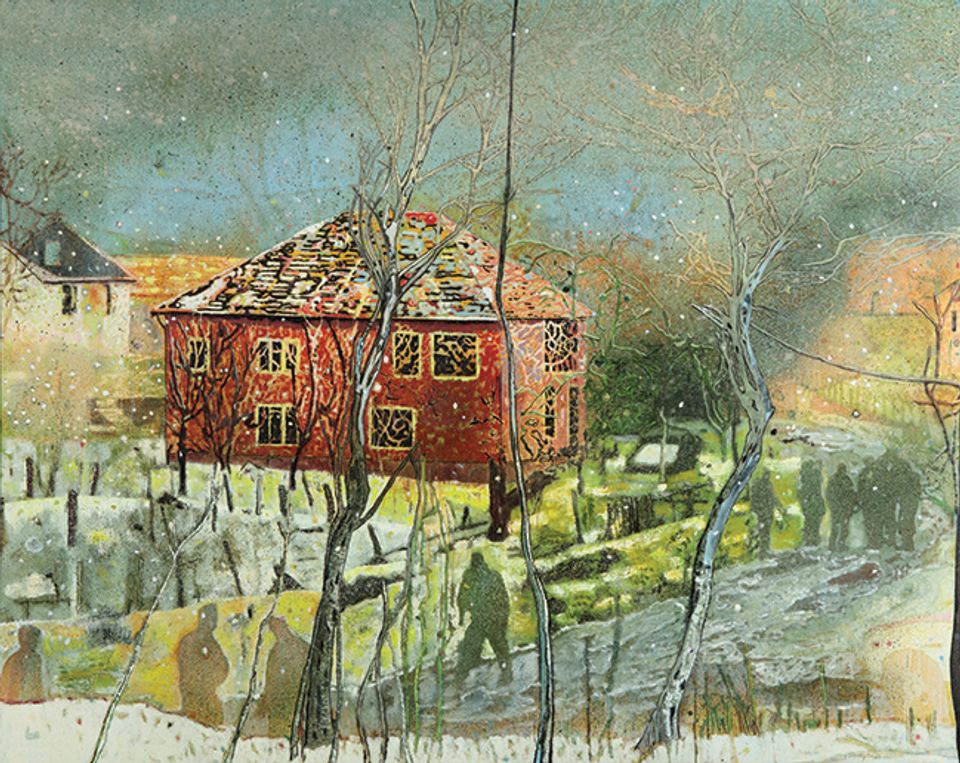 Franz Kline’s imposing Sawyer (1959, est $10m-$15m), is another potential leader, given the rarity of the artist's works (he died three years later, in 1962). The painting comes from a private East Coast collection and has been off the market for 18 years. Highlighting continuities between artists as disparate as Jean-Michel Basquiat and Paul Klee, the sale will feature newer pieces such as Joe Bradley’s Big Boy (2010, est $800,000- $1.2m) and Mike Kelley's Entry Way (Genealogical Chart) (1995, est $1.2m-$1.8m) while reaching back to mid-century Abstract Expressionist works by Joan Mitchell and Robert Motherwell. The latter’s oil on canvas A Sculptor's Picture, with Blue (1958), featuring two conjoined black forms, was dedicated to David Smith and has been interpreted as a kind of marriage portrait from the period in which he wed Colour Field painter Helen Frankenthaler; it is estimated at $2m to $3m. Frankenthaler, too, is represented with Warming the Wires (1976, est $900,000-$1.2m). 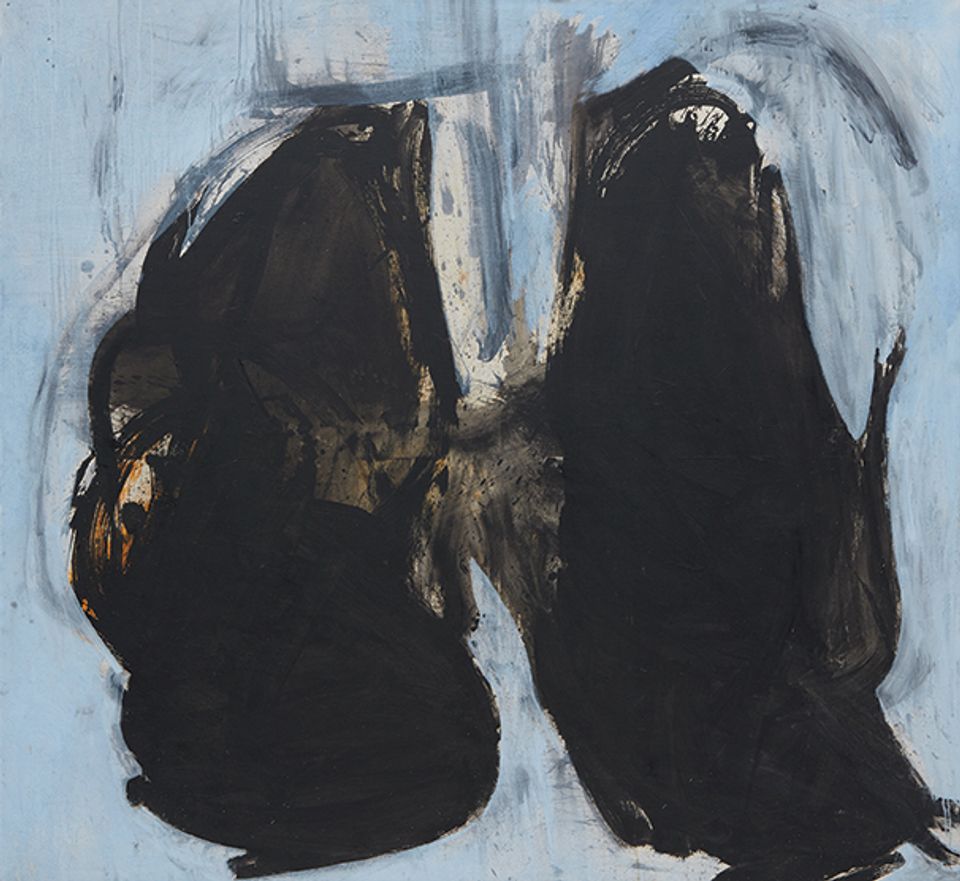