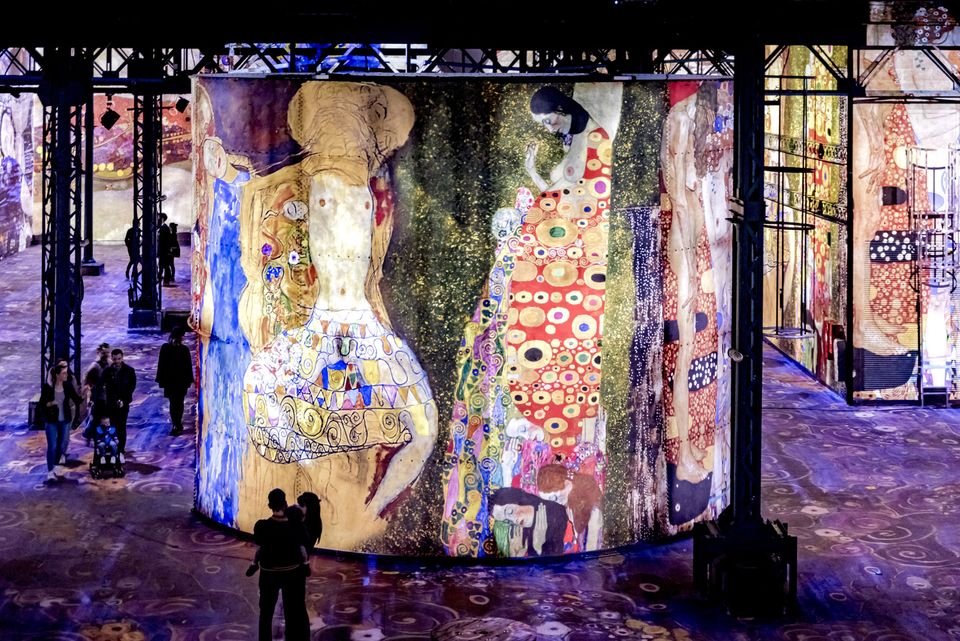 Fresh from the success of its inaugural digital exhibition at the Atelier des Lumières in Paris, the French museums management company Culturespaces is moving to expand its multimedia art centres internationally.

The Atelier des Lumières, a 2,000 sq. m former foundry in the 11th arrondissement, was launched last spring with a 30-minute immersive audiovisual experience of Gustav Klimt’s paintings, featuring mural projections of the images set to music by Wagner, Strauss and Beethoven. With full-price tickets at €14.50, it attracted more than 1.2 million visitors from 13 April 2018 to 6 January 2019.

The same Klimt show is now on view until 27 October in the Bunker des Lumières, a former bunker on South Korea’s Jeju island, which Culturespaces and the Korean operator Tmonet opened last November. It is the firm’s first multimedia art centre outside France.

Banking on the growing popularity of digital, experience-based art, Culturespaces plans to open another venue, the Bassins de Lumières, with support from the city of Bordeaux in spring 2020. Spanning 14,500 sq. m, it is located in a renovated German submarine bunker built mostly by Spanish and French prisoners during the Second World War.

Bruno Monnier founded Culturespaces in 1990, initially to manage the exhibition spaces of institutions including the Musée Maillol and Musée Jacquemart-André in Paris. The firm has developed and trademarked the Amiex (Art & Music Immersive Experience) technology for its digital exhibitions, holding the first on Gauguin and Van Gogh in a former quarry in Provence, the Carrières de Lumières, in 2012.

Rather than posing a threat to the museums that exhibit the original works of art, the multimedia experiences are intended as complementary, and target a broader audience. Asked about copyright, Monnier says: “We work either with image databases or directly with museums and institutions to which we pay [usage] fees.”

The Belvedere museum in Vienna, which holds the world’s largest collection of Klimt’s paintings, says: “There was no special request concerning the [Klimt] project of the Atelier des Lumières but they are allowed to take the pictures from everywhere. Belvedere has an open-content policy concerning pictures of artists who died more than 70 years ago for whom, by law, the copyrights have expired.”

The new digital exhibitions at the Paris venue—Van Gogh: Starry Night and Dreamed Japan: Images of the Floating World—opened today (until 31 December). The “short programme” on Japanese Edo art is projected in-between the “long programme” screenings of Van Gogh’s most famous paintings, which evolved under the influence of Japanese prints.