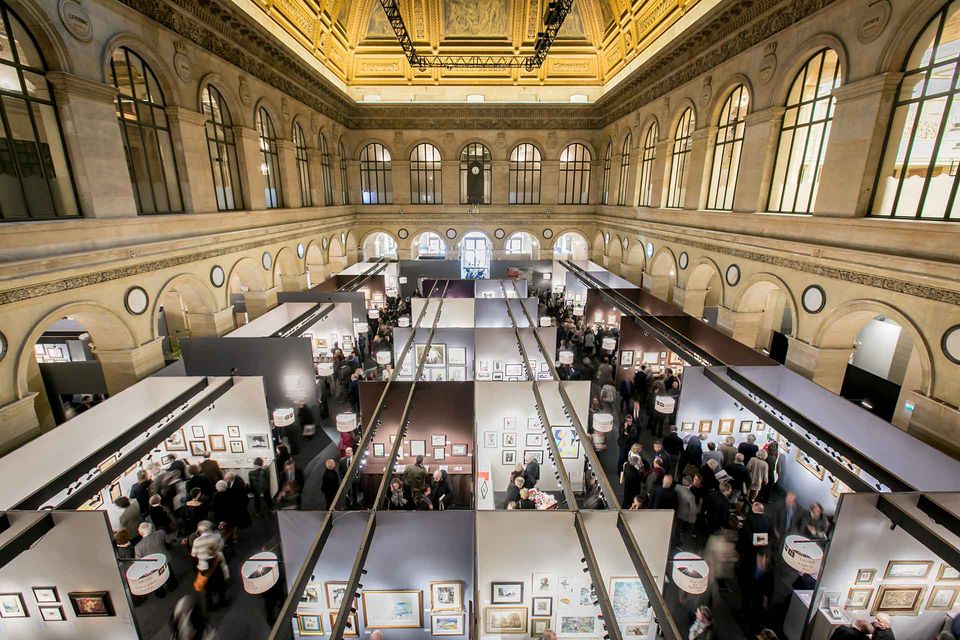 The Drawing Now Art fair in Paris (salon du dessin contemporain) is the latest fair to reschedule its dates in light of the coronavirus outbreak. The 14th edition, focused on contemporary works on paper, was due to take place from 26 to 29 March at Le Carreau du Temple; the new dates are 29 May to 1 June. Seventy-four international galleries are due to participate.

The fair organisers say in a statement: “The progress of the coronavirus epidemic is not very reassuring, neither in France, nor in Europe, and beyond; while stage three of the epidemic [full-blown phase] is looming, the conditions for opening the fair in an orderly fashion cannot be met.” The fair will take place in a future “packed schedule of events”, they add, raising the issue of an overcrowded art calendar later this year.

Meanwhile, a spokeswoman for the Salon du Dessin fair at Paris’s Palais Brongniart (25-30 March) says that the organisers are “in discussions about possibly changing the dates. They are consulting all parties including participating dealers.” Thirty-nine galleries specialising in Old Master, Modern and contemporary drawings—including Ary Jan gallery in Paris and Bologna-based Maurizio Nobile—are due to take part.

The move comes after the fair president, Louis de Bayser, told our sister paper, The Art Newspaper France, yesterday that “cancelling the salon would be a blow not only for the participating dealers… but also for the accompanying events taking place that week. I’m thinking especially of the parallel exhibitions around Drouot and in the Carré Rive Gauche, and major shows at Paris museums.”

Asked if he had drawn any lessons from Tefaf Maastricht, which took place last week in the Netherlands, he says: “There were fewer visitors than usual—25% less according to the organisers—but dealers made good sales. We’re not expecting the best edition of the Salon but staying open will enable exhibitors to show their works and above all, to stay the course.”

De Bayser says the fair will run in accordance with emergency government measures imposed to prevent the spread of coronavirus. “We will be able to adhere to the [government] directive banning gatherings of more than 1,000 people [because] at previous editions, there were never more than 1,000 visitors at the Palais Brongniart,” he says.