Antiques trade fought for judicial review of proposed ban, due to come into force in the coming months, but draft judgement will not be made until 31 October 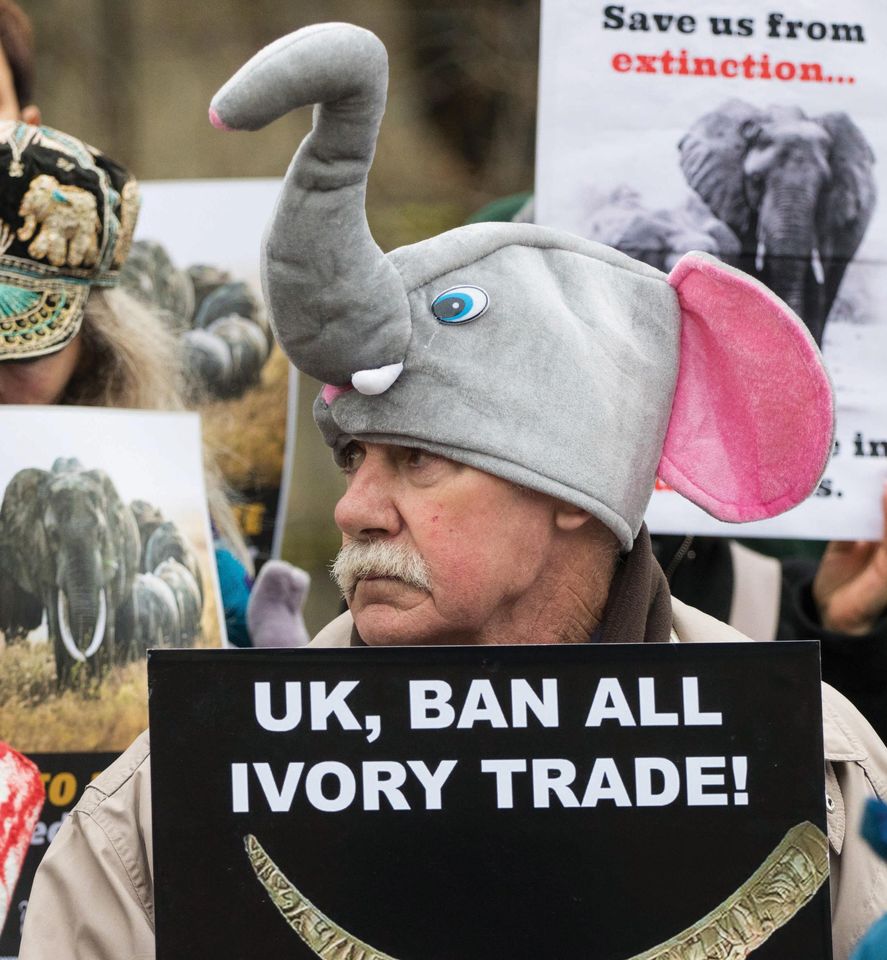 As activists protested at the entrance of London’s Royal Courts of Justice, it was a highly charged room that saw the review of the proposed—and contentious—Ivory Act [2018] this week.

On one side was the Department of the Environment, Food and Rural Affairs [Defra] determined to protect its new measure. A measure that raced through parliament with cross-party support and received Royal Assent at the end of last year, adjoined by a flurry of public celebration for “one of the world’s toughest bans on ivory sales.” Due to come into force late 2019 or early 2020, the act is unapologetic in stepping over and above pre-existing EU measures [2017], which allow trade in ivory “worked” before 3 March 1947 between member states, and instead banning all trade in antique ivory.

On the other side, the antiques trade. That is, the Friends of Antique and Cultural Treasures Limited [FACT], a company formed to represent a group of dealers and collectors. Whilst the group was clear that it was committed to stemming the illicit trade in ivory (no one disputes the horrific statistics available, including the number of elephants having declined by almost a third in the last decade) it contests the breadth and strength of the proposed legal instrument.

The task of judicial review seemingly weighed heavy on the judge, Mr Justice Robert Jay (also counsel to the Leveson enquiry), reminded the room: “There’s only one of me and more than 600 MP’s [who supported this act].” Maria Mossman, the founder of voluntary group, Action for Elephants UK, summarised the sheer commitment and fatigue evident in both parties on the morning of the review: “Today is really important for us, we have been to Downing Street twice already for this and planning for months. I don’t understand how it’s got this far.”

FACT’s first argument was technical; that EU law provided a fully harmonised regime for trade in antique ivory and did not allow the UK government to introduce more stringent measures. Defra argued that the relevant EU law simply set a minimum level of environmental protection, with the UK free to go further, as also recognised in CITES–the Convention on International Trade in Endangered Species of Wild Fauna and Flora. By the end of day one, the judge commented that “the wind is in your [Defra’s] sails” on this point.

The antique trade’s second argument was broader, challenging the “proportionality” of the proposed act in reference to the EU charter of Fundamental Rights. It argued that the impact of the measures had not been fully considered in the initial consultation and that they had felt compelled to commission their own report, which notably considered private collectors (not just businesses) and subsequently arriving “at a figure for total quantifiable economic loss of £390m.” Witness statements arguably enacted more of an impact on the room, notably that of antiques dealer Marion Gettleson who claimed the ban would, in turn, enact “a level of destruction [of heritage/cultural property] not seen since the reformation.”

Exemptions which do exist in the ban complicated matters further; that is, pre-1918 portrait miniatures; pre-1918 items of “outstandingly high artistic, cultural or historic value”; pre-1947 objects containing less than 10% by volume; sales to and between museums; and pre-1975 musical instruments containing less than 20% ivory.

It was asked why antiques could not be considered in a similar vein, monitored by less restrictive options, such as a tighter system of registration and authentication? That question threaded through the broader dispute over the extent to which the trade of antique ivory can be proven to (directly or indirectly) encourage or support trade in modern ‘fresh’ ivory.

Details aside, the government was clear in its overarching desire to show “leadership” in the fight against the illicit trade and solidarity with fellow nations that are known for holding a tough stance (namely the US and China). Indeed, the European Commission is currently re-evaluating its own regulations with the view of strengthening them.

Although a dense, tense two days (with no ruling as yet), the review has at least provided an opportunity to air concerns. “We are pleased to have had the opportunity to present the arguments of dealers and collectors, which were sadly given little regard in the parliamentary process,” says Richard Pike, a partner at Constantine Cannon, the lawyers acting for FACT. Defra were unavailable for comment, but a large number of supportive organisations were vocal in their support—“We’re extremely concerned about attempts by British antiques dealers trying to have the UK ban quashed and hope they’ll fail,” says Mary Rice, the executive director of the Environmental Investigation Agency.

The draft judgement is due on 31 October (the Brexit deadline), so it looks to be some time before a full decision is publicly announced. Will new legislation need to be written? The wait continues.