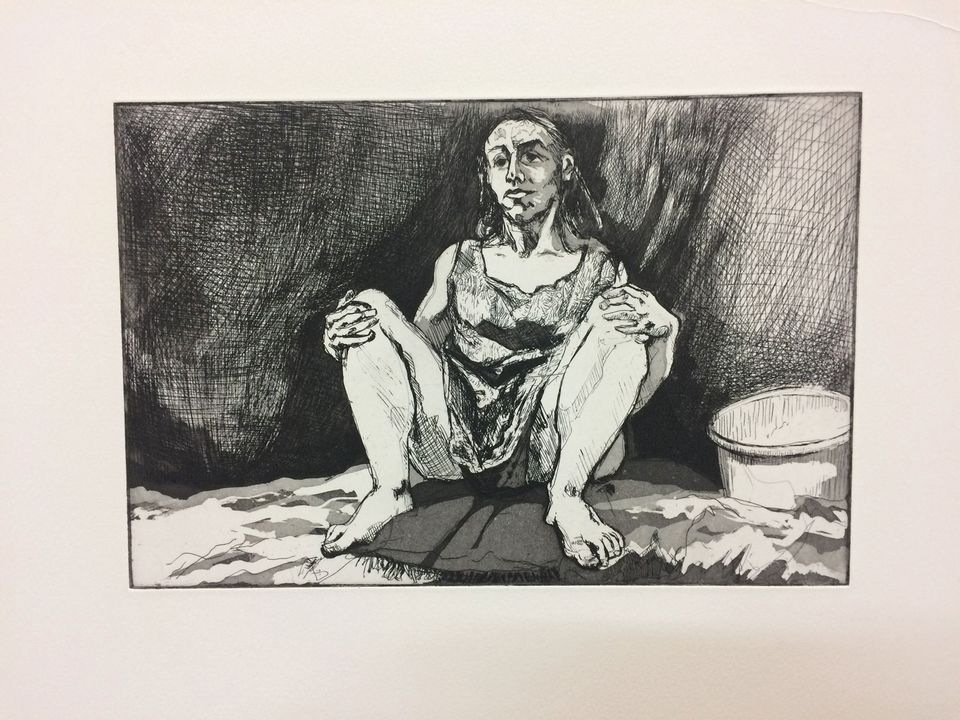 The London-based artist Paula Rego is donating 50 etchings of a woman undergoing a backstreet abortion to raise funds for Milton Keynes Gallery, where her first retrospective in the UK for 20 years opens next week.

The black and white prints, created in 2000 but never printed until now (£1,500 each), depict a clothed woman sat in a dingy corner with her knees to her chest, a bucket next to her. She appears stoic, the faintest of smiles on her lips. “Paula didn’t want to make the women look guilty or like victims. They are dressed, they are brave, it’s not sordid,” says Catherine Lampert, the curator of the Milton Keynes show.

Having grown up in Portugal, where abortion was illegal until 2007, Rego has campaigned for decades for abortion rights. She created her first work on the subject, a triptych, in 1998, the year of the failed referendum in Portugal, later making pastel drawings and prints in order to have the images disseminated widely. The triptych (on loan from Abbot Hall Art Gallery), three single paintings and a group of etchings are on show in Milton Keynes alongside a later work titled Girl with Foetus (2006).

Rego says the 1998 referendum “brought back all the pain”. She recalls how botched abortions were commonplace not only in Portugal (“a cousin of mine had aborted one of his girlfriends and he threw her in the sea and her [body] turned up with her belly full of water, all swollen on the beach”), but also when she was studying at the Slade in London in the 1950s.

Rego considers the prints among the best work she has done “because they are true and they were effective in helping to change the law in Portugal”. Abortion was finally legalised in Portugal in 2007, despite the turnout for the second referendum being too low to be legally binding.

Is Rego surprised, then, that her works continue to be so relevant in light of the wave of anti-abortion laws sweeping the US? “I’m disappointed that after so much trouble to get these rights for women, and after so much suffering that women had to endure, that judges feel the need to criminalise what has always happened,” she says. “Banning abortions in proper clinics is cruel and unjust.”