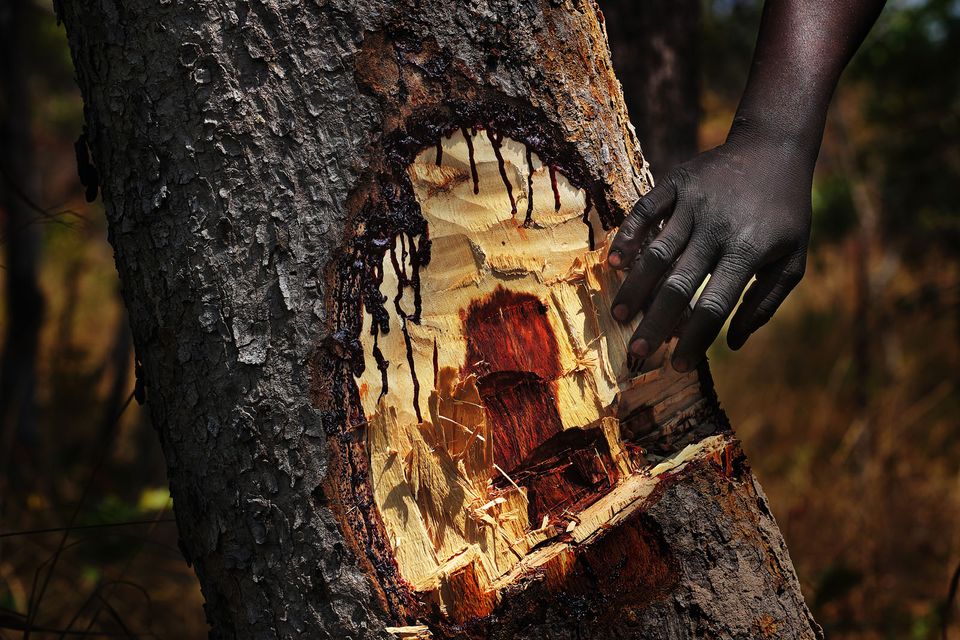 A new project by the award-winning photojournalist Lu Guang, made in collaboration with Greenpeace, exposes how the Chinese appetite for luxury furniture is devastating African forests. Blood Wood, on display at Shanghai’s Beaugeste Gallery (until 23 February 2018), documents the logging of bloodwood from Mukula, a slow-growing hardwood tree, from the forests of Cameroon and the Democratic Republic of the Congo.

China imports 75% of Africa’s Mukula, which is used as a substitute for the mahogany traditionally used in prized furniture. “Real mahogany or sandalwood costs millions,” says Jean Loh, the owner of Beaugeste Gallery. “China has now spent 20 years exhausting the wood of Laos, Burma and Cambodia, through both legal and illegal logging,” he says. “Every year you hear of arrests; there is no more logging in China—forests are protected here now.”

While Chinese poaching of African ivory and rhino horn have attracted more attention, the timber trade’s sheer volume has wide-reaching implications, and wood is China’s third largest raw material import. “The Chinese mafia have moved from tusks and horns to bloodwood.” Loh says. And they often hollow out the trees to smuggle other contraband, he adds. 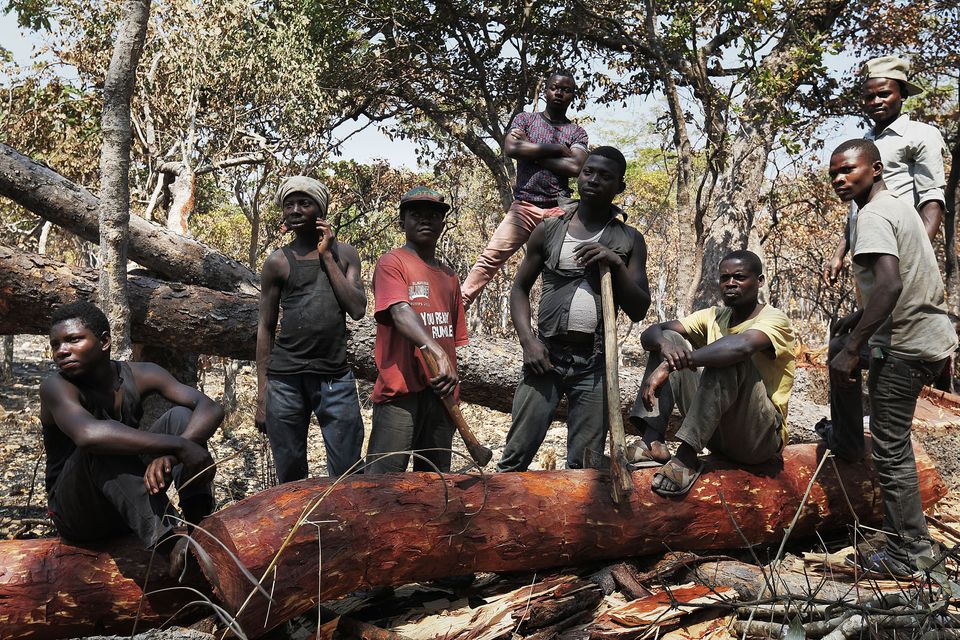 Lu Guang is best known for his 15-year project exposing environmental pollution in China. In 2004 he won the First Prize Stories, Contemporary Issues award at World Press Photo for his series documenting poor Chinese peasants infected with HIV after selling their blood.

Greenpeace, which has been working to combat the African deforestation crisis, recruited Lu in 2016 to spend a month photographing Mukula logging. Lu “has experience playing hide and seek” from making his pollution series and documenting the 2008 Wenchuan earthquake, Loh says, which proved useful in Africa. “It will be more difficult for photographers who follow. There is a lot of corruption. The village heads are bribed with cigarettes and alcohol, or a scooter—or, if they’re smart, they ask for a school.” 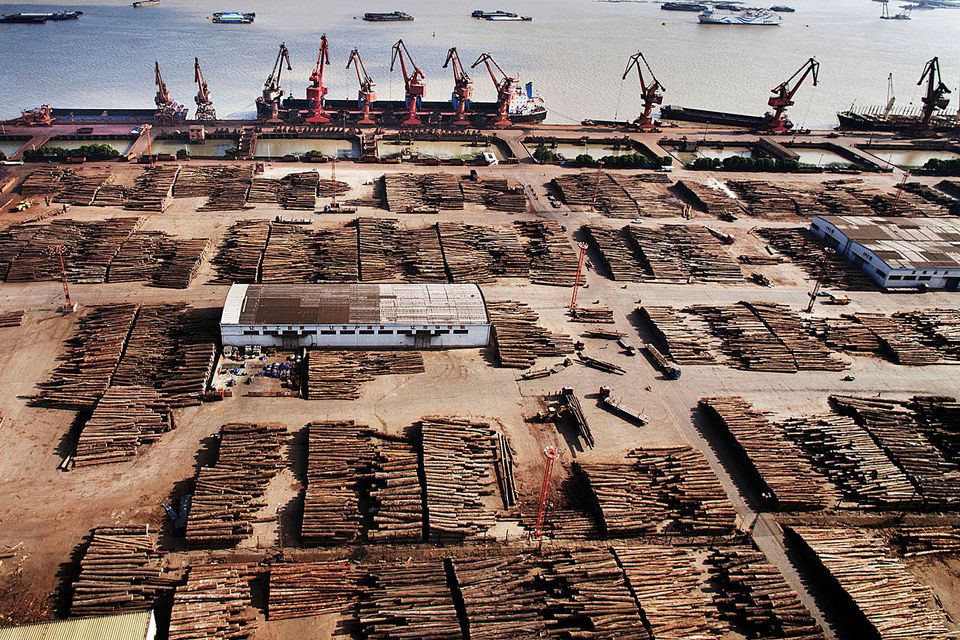 The exhibition shows the logging processes in the two countries. Cameroon permits chainsaws, which can fell a 300-year-old tree in 20 minutes, while in Congo loggers use rough axes. Loggers then debark the trees to their red cores for shipping. It takes 20 people half a day to load one truck manually. Loggers display injuries for which there is no legal recourse, and create a forest god to whom they jokingly pray for forgiveness. Swatches of untouched forest, one of the globe’s great green lungs along with the Amazon, juxtapose with logged sections. Lu follows the wood to China, and the port of Zhangjiagang, where Mukula is sold wholesale for 17,000-22,000 yuan ($2,600-$3,300) per ton. Demand remains brisk.