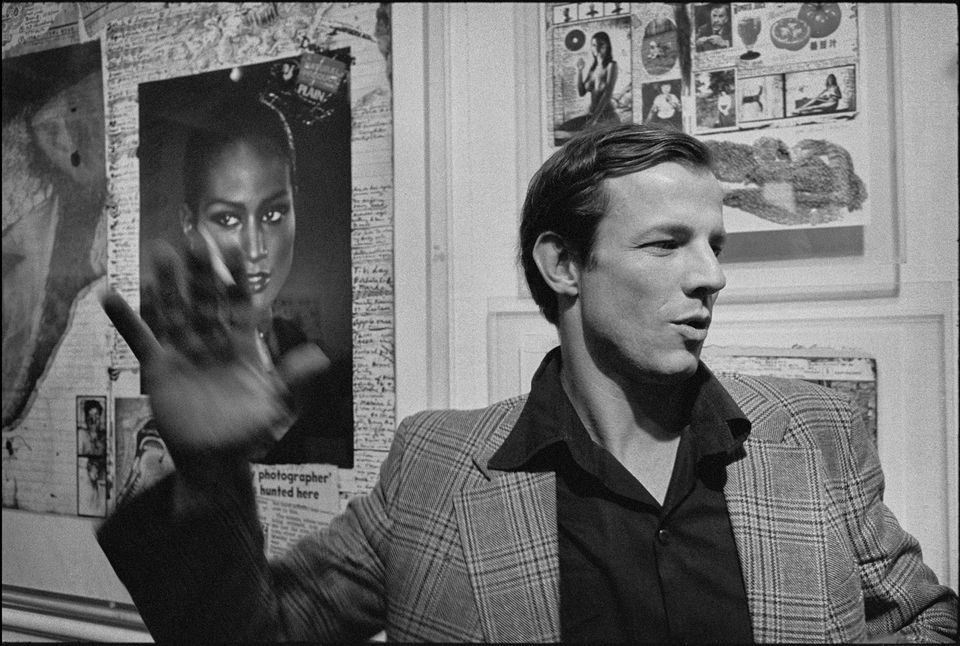 Peter Beard at the opening his exhibition at New York's International Center of Photography in 1977 © Photo: Chuck Fishman/Getty Images

The wildlife photographer, artist and adventurer Peter Beard—the subject of numerous paintings by Francis Bacon—has died, aged 82. Beard was found dead yesterday, almost three weeks after he disappeared from his home in Montauk on the East End of Long Island, according to the New York Times. He had been suffering from dementia.

A statement released by his family says: “Anyone, who spent time in his company, was swept up by his enthusiasm and his energy. He was a pioneering contemporary artist, who was decades ahead of his time in his efforts to sound the alarm about environmental damage.”

The New York-born Beard was known especially for his wildlife photography, documenting the man-made destruction at Kenya’s Tsavo National Park in his 1965 chronicle The End of The Game. According to Beard’s website, in the second iteration of the publication in 1977, he documented a “massive population die-off in Tsavo of 35,000 elephants and 5,000 rhinos as the animals succumbed to starvation and stress, and density-related diseases”.  In 2015, on its 50th anniversary, the book was reissued by Taschen which is also publishing this month a large-format volume of its 2006 monograph titled Peter Beard.

His friendships with key artists are also illuminating. Francis Bacon painted at least nine portraits of Beard, according to the Hugh Lane Gallery in Dublin where Bacon’s Reece Mews studio is housed. More than 200 photographs taken by Beard were found in the studio, the contents of which were donated by John Edwards, Bacon’s heir, in 1998. According to the gallery website, “Beard’s aerial photographs of dead elephants particularly impressed the artist.”

Bacon first met Beard at the Clermont Club in London in 1965 though Beard told Interview magazine in 2016 that: “I got really into doing Bacons in 1956, ’57 at Felsted [private school]. I was just trying to copy Bacon, but it’s very difficult to copy.” Bacon’s portrayals of Beard include Three Studies for a Portrait of Peter Beard (1975) owned by the Abelló Collection in Madrid.

A 1976 portrait of Beard by Bacon sold for $15,000 at Phillips auction house last April in New York. But Beard also captured Bacon; a platinum print by Beard showing the artist on the roof at 80 Narrow Street, London (1972) fetched £80,500 at Phillips London in November 2014.

“I’m the one person, by the way, who Bacon ever let photograph his work in progress,” Beard told the author Steven Aronson. “I shot a painting of his called The Last Man on Earth, which he then went and ruined that same night—he came home pickled, and painted over it.”

Beard also frequented the Studio 54 nightclub in 1970s New York, becoming a fixture on the Manhattan party scene with his friend Andy Warhol. Beard’s Polaroid print of Warhol—Andy Warhol at Home in Montauk (1972)—sold for £16,250 at Phillips London in 2018. The pair met in 1963 at a screening of Jean Genet’s Un Chant d’Amour. According to Another Man magazine, Beard said: “I thought Andy was a freak. He was dressed in all leather. He was very white and slightly scary.”

Salvador Dalí also took a shine to Beard. “I was exhilarated when I lucked into a friendship with him. He was the idea man of all time. He kept insisting, weirdly enough, that I was his dead brother,” Beard once said. The late photographer was also the subject of solo exhibitions at the International Center of Photography in Manhattan (1977) and the Centre National de la Photographie in Paris (1996).

about 9 hours ago
Was QAnon—America's most dangerous conspiracy theory—inspired by Italian artists?