Artist Saul Fletcher—who is believed to have committed suicide at Blum's country home—killed her in his Berlin flat where her body was found, reports say 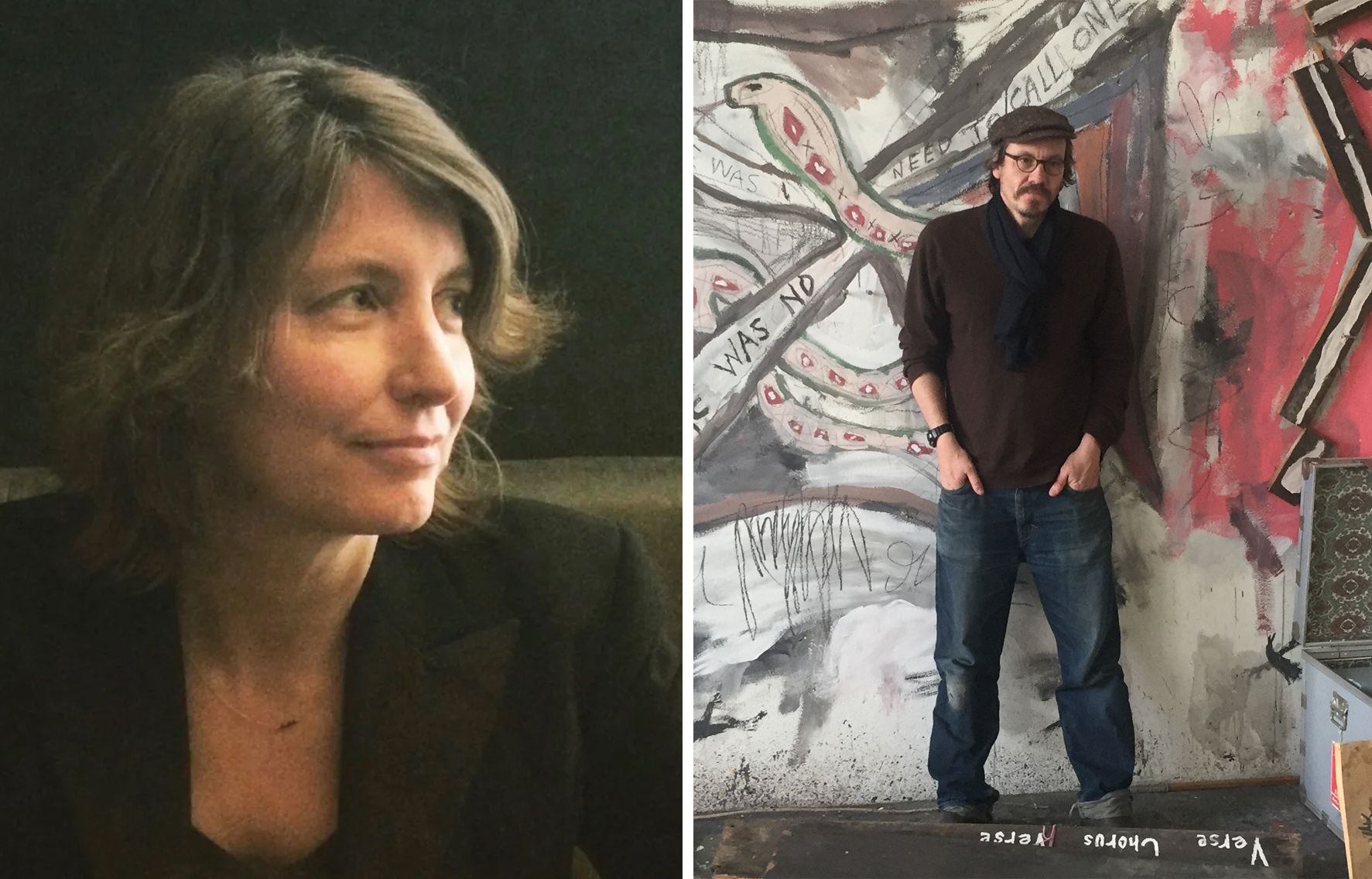 Rebeccah Blum (left) and Saul Fletcher in his Berlin studio (right) Blum: © and courtesy of Emma Blum. Fletcher: © the artist

Rebeccah Blum, a noted arts curator, and Saul Fletcher, a British photographer, have died in Berlin. Although it has not yet been officially verified, multiple media sources reported Blum, 53, was murdered by Fletcher, 52, at his Berlin flat. He is believed to have subsequently committed suicide at Blum’s country home in Brandenburg, west of Berlin. Their bodies were discovered on 22 July.

Fletcher, whose friends say suffered from serious mental health issues, and Blum had been in an on-off relationship for many years. Berlin authorities confirmed that they are not seeking anyone else in conjunction with the case, and Blum's daughter confirmed her mother's death on social media.

Blum, the mother of two children, was born in 1967 and was raised close to Philadelphia. She studied art history in Washington DC before moving to San Francisco to work in an art gallery, supporting herself with restaurant work.

Blum moved to the German city of Düsseldorf in 1992, at the age of 25, before settling in Berlin in 1995, where she co-founded the non-profit arts organisation Base e.V. and the independent publishing platform txt.de. Blum became a director of the ScheiblerMitte gallery Aurel Scheibler in 2007 before founding her own art management firm, Blum Fine Art Management. As a freelancer, she supported the Berlin office of publisher Verlag der Kunst amid countless other projects.

The Berlin-based Mexican artist Julieta Aranda, a friend and colleague, says in an Instagram post that she pays tribute to Blum on behalf of the Berlin artistic community. Aranda remembers “a woman with a name, a profession, a rich life and a precious smile that we want to share with everyone. We are here to express our condolences and sorrow, to pay respect to her achievements and to honour her memory, as the brilliant woman she was and as a dear friend for many. We want to recall her name, and firmly condemn the brutality that took her life away, a too well known violence that needs to stop.”

Emma Blum, 22, one of Rebeccah’s two daughters, used Instagram to remember a committed mother, a ceaselessly inventive cook and an adventurous and enthusiastic lover of life “who supported me through every crisis, who raised me and loved me unconditionally."

"I love her so much and I miss her so terribly,” Blum’s daughter wrote. “She was just taken from me, without warning and in such a violent way by one of the people she loved. I can never forgive this and I can never forget this. I want her name to be remembered and nobody else’s.”

Fletcher was born in 1967 to a working class family in the village of Barton-upon-Humber, Lincolnshire, and spent his early adulthood ferrying coal on cargo ships in Hull harbour. His earliest photographs, made after he joined an amateur photography club, were of North Lincolnshire's docks.

After moving to London in the early 1990s, he set up a makeshift studio in Crouch End and began to explore a form of carefully constructed portraiture, of himself and others. He supported himself by assisting the photographer Juergen Teller.

Fletcher moved to Berlin around the turn of the millennium. Those close to him remembered a warm but erratic man who often seemed happy and content but, at the depths of depression, would rarely leave the confines of his home or studio, where much of his work was created.

Most of his photographs used the walls of his studio as a canvas or backdrop for self-portraits. He would arrange found objects, vegetation, dead animals, Polaroids, paintings, drawings or pages torn from his notebooks, before photographing the composition, or himself in the midst of the composition, with an obsessive repetition.

After gaining representation from New York’s Anton Kern Gallery, Fletcher gained critical recognition for shows at London’s Courtauld Gallery; the Atlanta Contemporary Art Center; the Hessel Museum of Art, New York; MUMOK, Vienna; and the Carnegie Museum of Art, Pittsburgh, among others. He gained some populist fame for his visual work for the London-based alt rock band Placebo and, recently, a friendship with the actor Brad Pitt.

Fletcher’s last solo exhibition, titled Four Loom Weave, went on show at Anton Kern Gallery, New York, in Autumn 2018. Fletcher told the Financial Times at the time: "I use whatever I have to hand, trying to create something, trying to make something good out of something bad.”

Fletcher’s most recent artwork, titled Don’t Let the Darkness Get You Down, is part of the exhibition Untitled 2020 on show at Punta della Dogana, Venice, until 13 December 2020.