Three discoveries have been made about the paintings by Pieter de Hooch, as a result of the first exhibition of his work in his hometown of Delft. Pieter de Hooch: From the Shadow of Vermeer runs until February at the Museum Prinsenhof Delft. 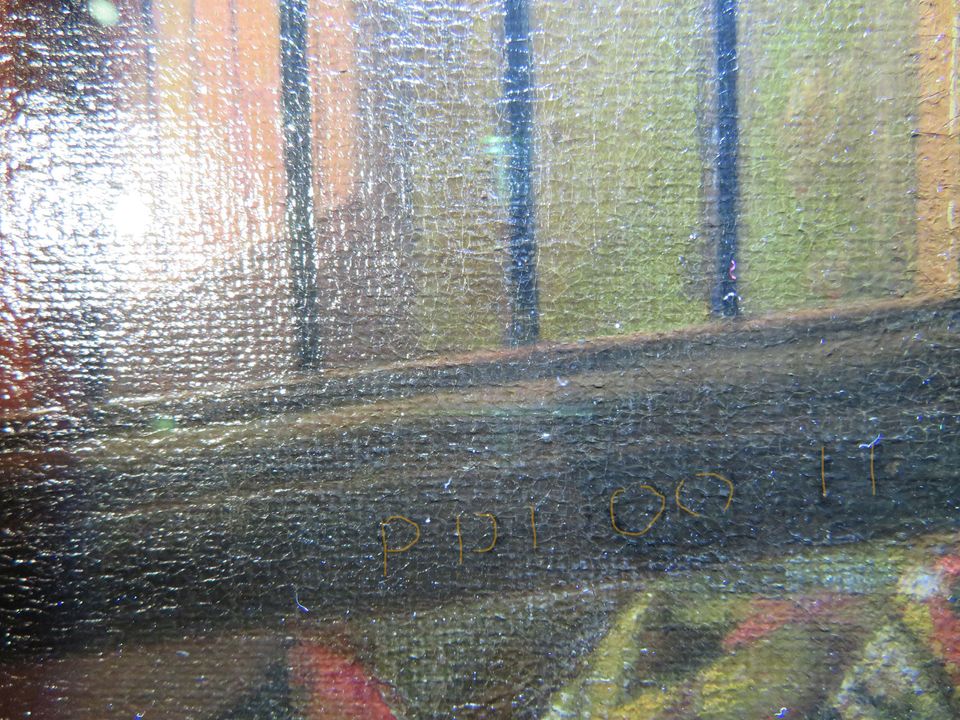 De Hooch’s signature was found in A Woman weighing Gold and Silver Coins (Gemäldegalerie Staatliche Museen zu Berlin, around 1664). Fragments of text were noticed for the first time on the bottom of the open window frame, probably reading “P.D.Hooch”. The painting is the most Vermeer-like of his works and in the 19th century was considered to be a Vermeer. 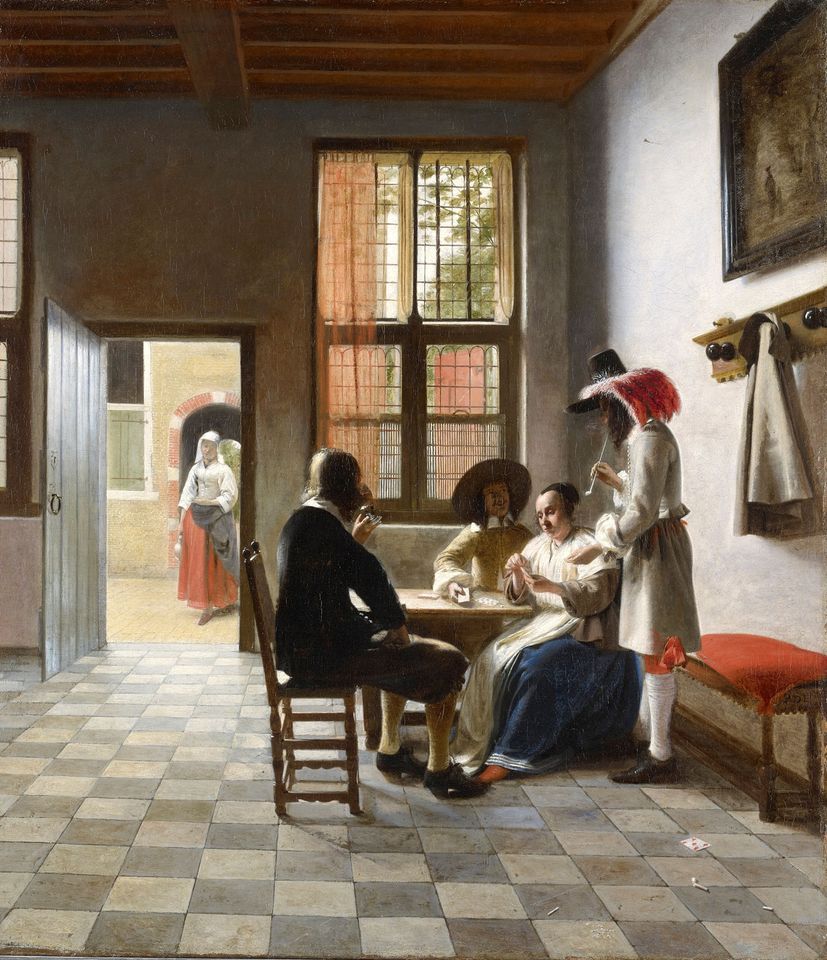 A fingerprint was discovered on Cardplayers in a sunlit Room (Royal Collection, 1658). In the lower right, near the pieces of a broken clay pipe, conservators spotted what is probably a thumbprint. This was made before the picture was varnished, so De Hooch probably left this trace when he lifted it from his easel while the paint was still wet. 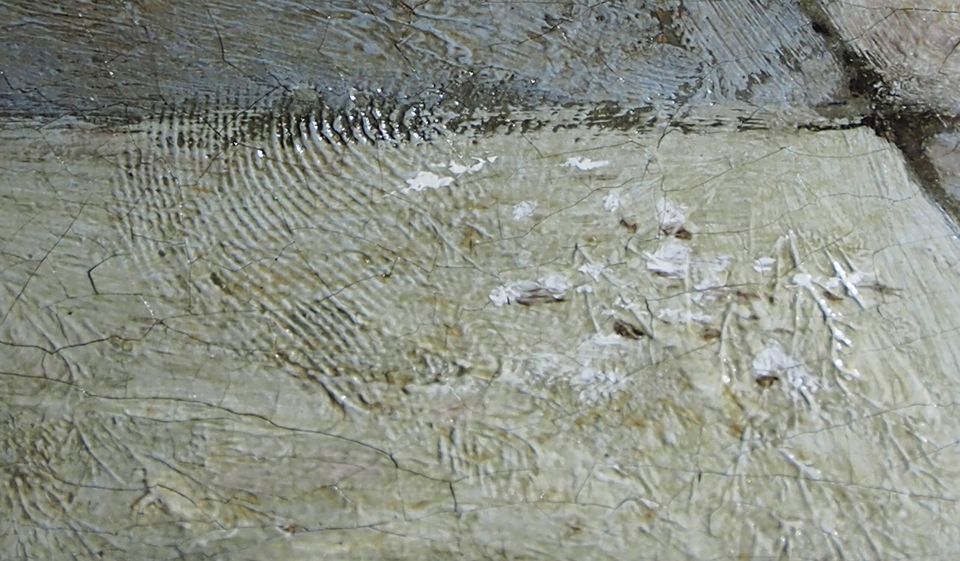 Infrared imaging has revealed an earlier painting of a ship’s masts in A Dutch Courtyard (National Gallery of Art, Washington, DC, around 1658-60). They appear in the upper left of the sky and are of rigged ships which would have been too large to sail into Delft in the 17th century, so this suggests that De Hooch may have reused the canvas intended for an earlier painting. 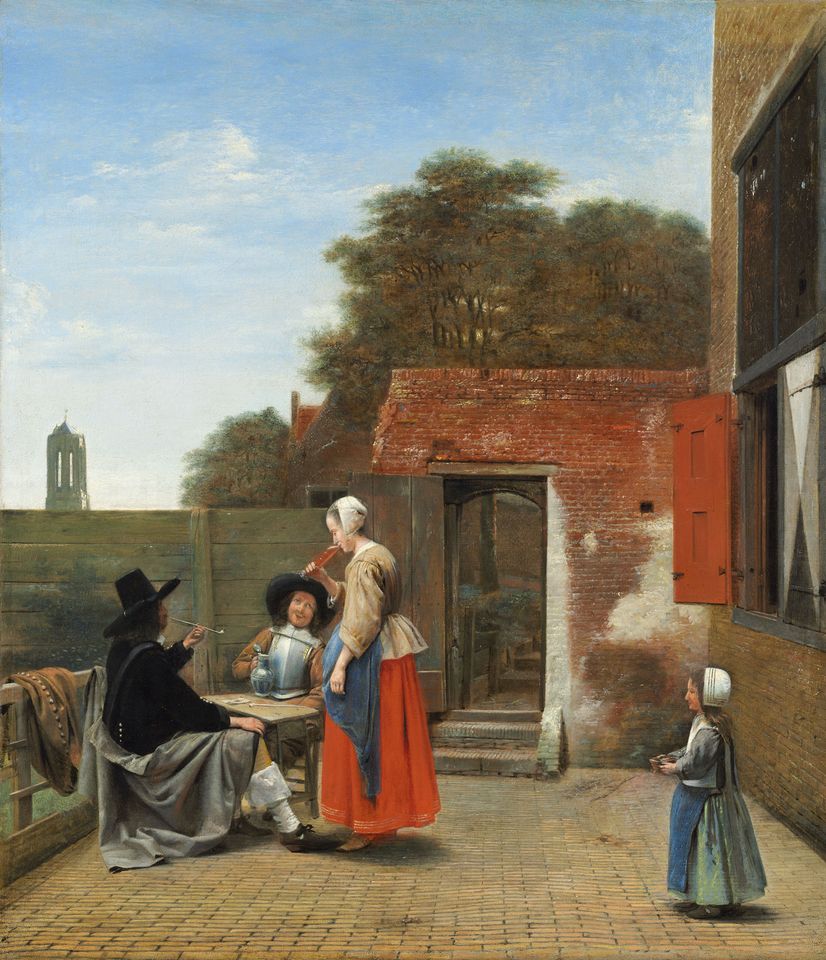 The discoveries are a result of bringing together 29 paintings by De Hooch for what is the largest retrospective of his work ever held in the Netherlands. • Pieter de Hooch in Delft: From the shadow of Vermeer, Museum Prinsenhof Delft, until 16 February 2020