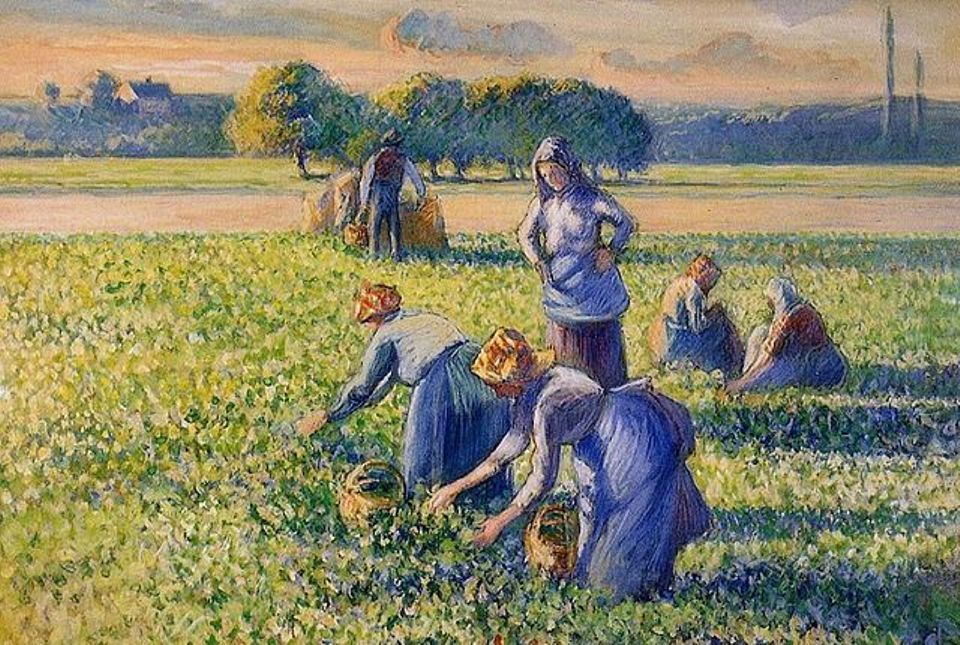 The European court of Human Rights is being called to examine an order by the French High Court for the restitution of a looted landscape painting by Camille Pissarro.

Ron Soffer, the lawyer representing the American collector Bruce Toll, tells The Art Newspaper that he will sue France in the European court arguing that the French judgement violates the ownership and defence rights of his client. Toll, a real estate developer from Pennsylvania, intends to comply with the restitution, but will ask the French state to compensate him for damages and the loss of a painting worth an estimated $1.7m.

On Wednesday, the French High Court ruled that Pea Harvest must be returned to the heirs of the Parisian collector Simon Bauer from whom the painting was seized in 1943 under anti-semitic laws. In 2017, the Impressionist landscape, loaned by Toll to the Marmottan Museum in Paris for a retrospective, was seized anew by French authorities.

The collector said he had purchased the work in good faith at Christie’s in 1995. But the High Court upheld the terms of a 1945 order annulling all acts of plunder that occurred under the German occupation. Therefore all subsequent sales of a looted item are considered null and void, according to the High Court, and “no buyer can pretend to be a legitimate owner”. The court asserted that the right of ownership, guaranteed by the constitution, is preserved as the holder “can always file a procedure against the seller”. In this case, however, the statute of limitations had expired since the contract with Christie's was signed in 1995.

Soffer maintains that the 1945 provisions deprive the collector of his defence rights as he is automatically considered a “holder in bad faith” in regard to the Bauer family. He says that France committed a series of wrongdoings by issuing an export licence for the painting when it was first sold by Sotheby’s London in 1966 by the American dealer Peter Findlay. At the time, a French judge ruled in Findlay's favour when the Bauer family made a claim for the painting.

Ultimately, Soffer says, France’s responsibility is all the more central because “the first crime was committed by the French state”. The looting of Simon Bauer’s collection was ordered and executed by the French Commission of Jewish Affairs working hand in hand with the Nazis.