Plans ‘in the trash can’: remote learning forces US college museums to get creative 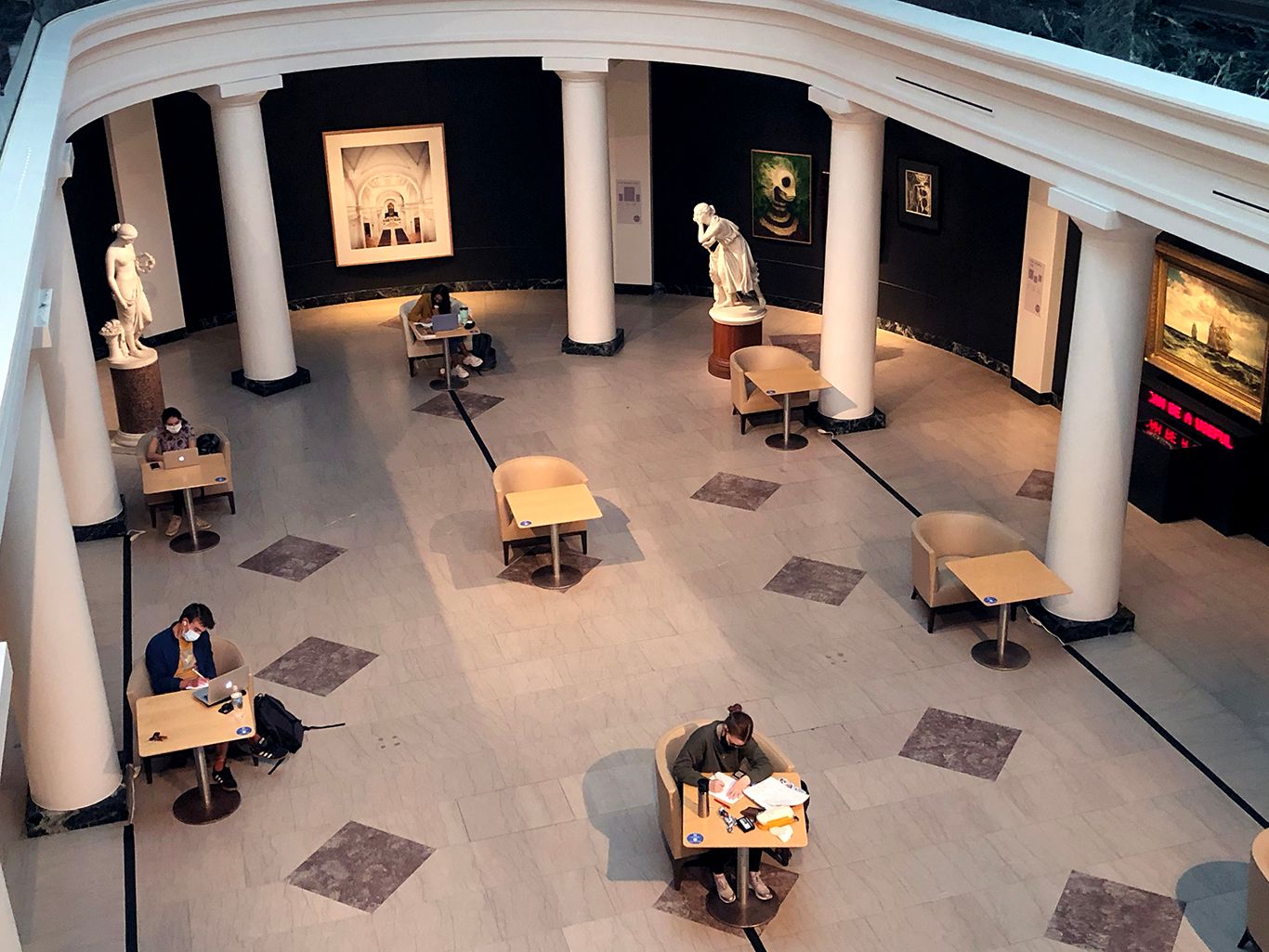 The move by America’s colleges and universities to go partially, or entirely, remote this autumn has thrown college museums into a period of prolonged uncertainty.

Spelman College in Atlanta had planned to reopen its campus in August, but those plans were overturned just weeks before the new school year amid a surge in coronavirus cases. For the Spelman College Museum of Art, that has brought considerable heartache. The museum had recently opened a traveling exhibition conceived by Theaster Gates before the Covid-19 pandemic forced it to close in mid-March. The exhibition, Theaster Gates: The Black Image Corporation, an exploration of the archives of Johnson Publishing, had come from stops at the Prada Foundation in Milan and Gropius Bau in Berlin, and was a major coup for a small museum with a staff of just four.

“It was a moment of love and attachment, followed by loss,” says Andrea Barnwell Brownlee, former director of Spelman’s campus museum, who was just named director and chief executive of the Cummer Museum in Jacksonville, Florida. The exhibition was an immediate hit with the students, many of whom did not grow up with Johnson Publishing’s iconic magazines Ebony and Jet, according to Brownlee.

The Spelman museum remains closed through the end of 2020, at minimum, and is making objects in its collection available to students via online presentations. Brownlee says the institution has chosen to focus on digitising the museum’s collection rather than developing an extensive program of online events. “The last several months have been very complicated,” she says, “but we’ve relished the opportunity to be quiet and inward. We didn’t feel the impulse to get out in front of the Zoom superhighway.”

Bowdoin College, a small liberal arts college in Brunswick, Maine, has partially reopened its campus, and its museum is allowing timed entry to students and faculty only—but its programming has been significantly reduced. In normal times, the museum would be opening 10 to 12 exhibitions a year. Since March, it has been able to open just two exhibitions in its galleries: displays of medieval objects and art from West and Central Africa, both incorporating loans from the Wyvern Collection whose shipments had arrived before the virus spiked on the East Coast. 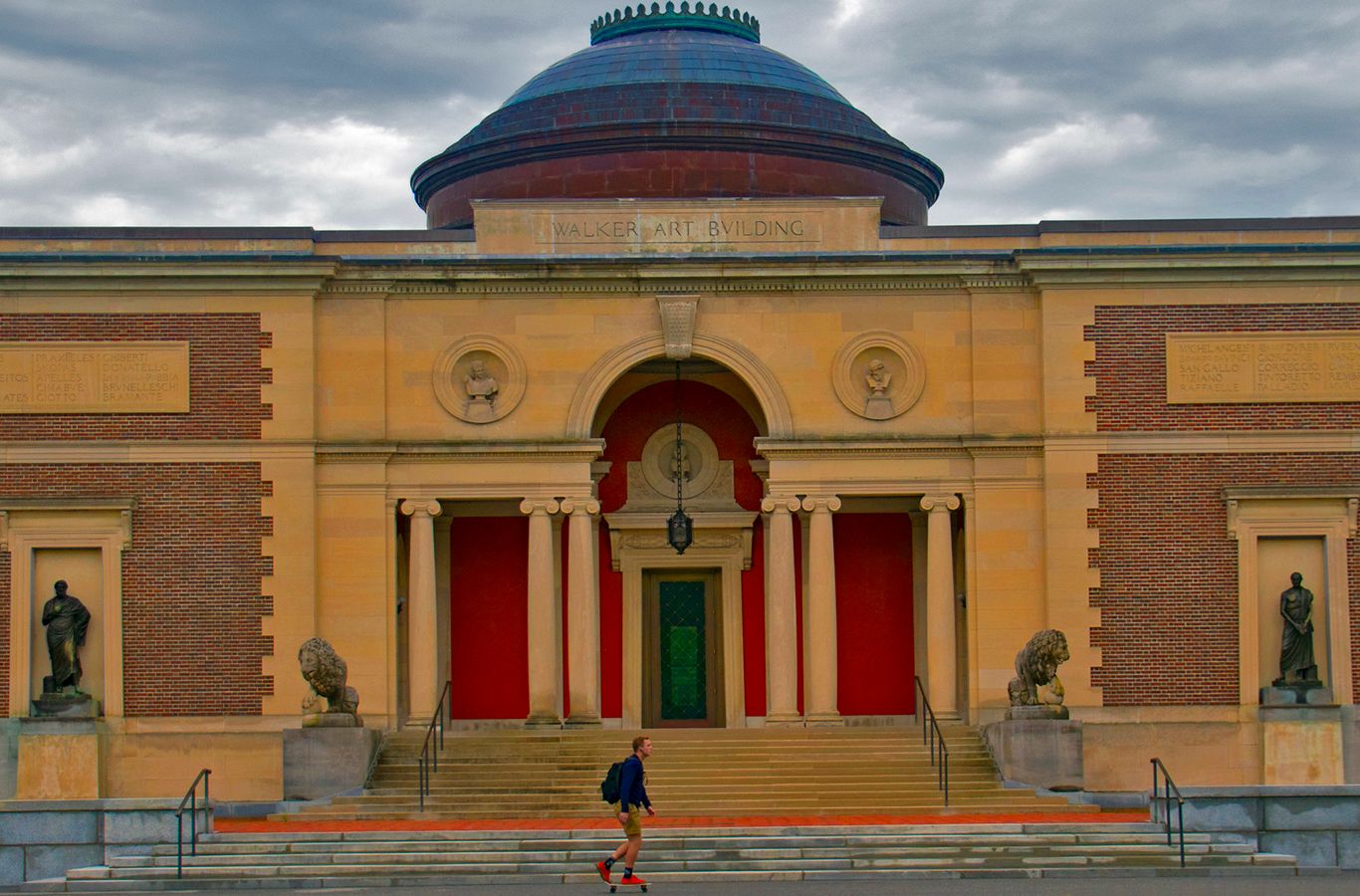 The Bowdoin College Museum of Art in Brunswick, Maine

“If we could show you the number of plans we have drafted, thinking that right around the corner we’d be able to implement these plans—and how many of those plans have ended up in the trash can,” says Frank Goodyear, who is co-director of the museum alongside his wife, Anne Collins Goodyear. The campus is currently in code yellow, but if it moves to code orange—indicating rising coronavirus numbers and an elevated risk of contagion—the museum will close to students once again.

If that happens, the Goodyears will be prepared. During the lockdown, the directors organised the purchase of two 3D scanners to help with what they describe as explorations into “a new frontier of teaching” via e-packets of materials. In recent classes, students have been invited to virtually “handle” three-dimensional models of historic medals. (The directors noted that previous experiments with other forms of 3D modelling at the museum had led one student to an exciting discovery about the function of a pre-Colombian vessel.)

Indeed several college museums, whose primary purpose is to serve students with objects for study—and which tend to be more financially secure than many small arts institutions since they depend on funding from a wider university ecosystem—say they are taking advantage of empty galleries and cancelled programming to digitise their holdings and rework their online platforms.

“This closure showed me how far behind the libraries we were,” said Susan Dackerman, director of Stanford University’s Cantor Center for the Arts, which remains closed until further notice, along with Stanford’s entire campus. The institution has been developing 3D tours led by student guides, as well as curator- and faculty-led videos exploring works from the collection, and live online panels and talks.

The University of Michigan Museum of Art (UMMA) is similarly beefing up its online presence and digital materials—including the launch of a newsletter, Art in My Inbox, that has picked up 20,000 subscribers. It has also partially reopened its space, allowing entry to a limited number of students and faculty as well as members of the public on weekends. Socially distanced study pods have been set up in the museum’s atrium so that students starved of campus space for study and reflection can book slots.

The museum’s director, Christina Olsen, says that while the museum has reopened, the pandemic’s impact on its operations has been tremendous, including the postponement of a major Romare Bearden show to 2021.

The University of Michigan is home to an important medical centre that was turned over to Covid-19 during the height of the first wave. With the university budget under strain, Olsen has had to advocate for the value of the arts in times of great need. “Many people see the work that we do as not critical to the moment,” she says. “There was a lot of advocating to do even within the university around the importance of students having access in the fall, the importance to people’s mental health, and the importance to how we interpret this moment.”

A recent exhibition that opened at UMMA underlines the value of material culture across numerous disciplines and areas of study far beyond art history. “Curriculum Collection,” pulled from the museum’s own holdings, features historical objects that relate to a broad array of fields—a calligraphic mural intended for study by data scientists, for example, or a mid-20th-century painting of downtown Detroit that is being analysed by a social work class on neighbourhoods this semester.  “It’s an embodiment of one of the main animating ideas of campus museums,” says Olsen, “that collections are very capacious in terms of what you can teach and learn from them.”

For that potential to be fulfilled, students and objects need to be in close contact, whether via digital portals or physical encounters. “I believe that art collections are only thriving if they’re meeting a public, and in the eyes and minds of people,” Olsen explains. “People really do need art–it’s not just a thing I say.”

The Goodyears of the Bowdoin College Museum of Art also underscore the particular need for artists and collections at an exceptionally fraught moment in history. “We’re all craving forms of creative expression, whether that be theatre or film or the visual arts,” says Mr. Goodyear. “Artists are essential workers.”