The Austrian artist Martin Roth says the aim is to create a space to discuss violence in the US and help visitors, including school children, take action 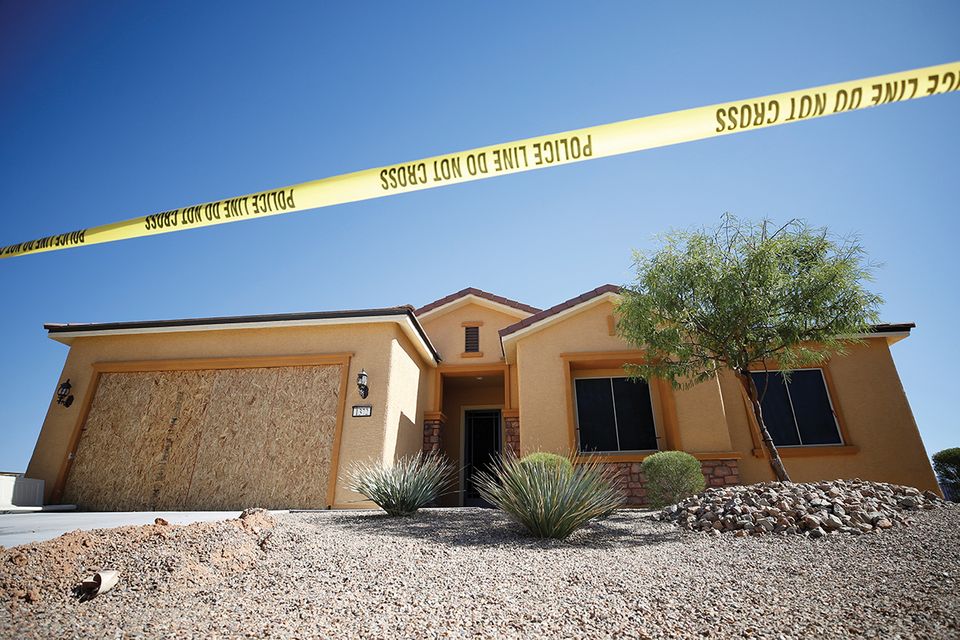 A desert plant taken from the garden of Stephen Paddock, the man behind last October’s mass shooting at the Route 91 Harvest Festival in Las Vegas, Nevada, will be the centrepiece of an immersive anti-violence installation by the Austrian artist Martin Roth. The artist recently launched a successful crowdfunding campaign on Kickstarter to raise $5,500—half the cost of the exhibition that is due to open on 31 March at Yours, Mine and Ours gallery in New York's Lower East Side (until 13 May). According to Roth, the project, called Desert Holly after the plant the artist collected in November 2017, aims “to bring the viewer as close as possible to Paddock’s actual garden in Mesquite”, a retirement town around 80 miles from Las Vegas.

One month after the shooting, which left 58 people dead and many others injured, Roth set out to find Paddock’s home. “I was curious to see what type of garden he had,” says the artist, who regularly works with plants in his projects. By the time he found the mass killer’s house, the media and police were no longer stationed in front of it. “His garden was very stark compared with the others in his community,” the artist says. 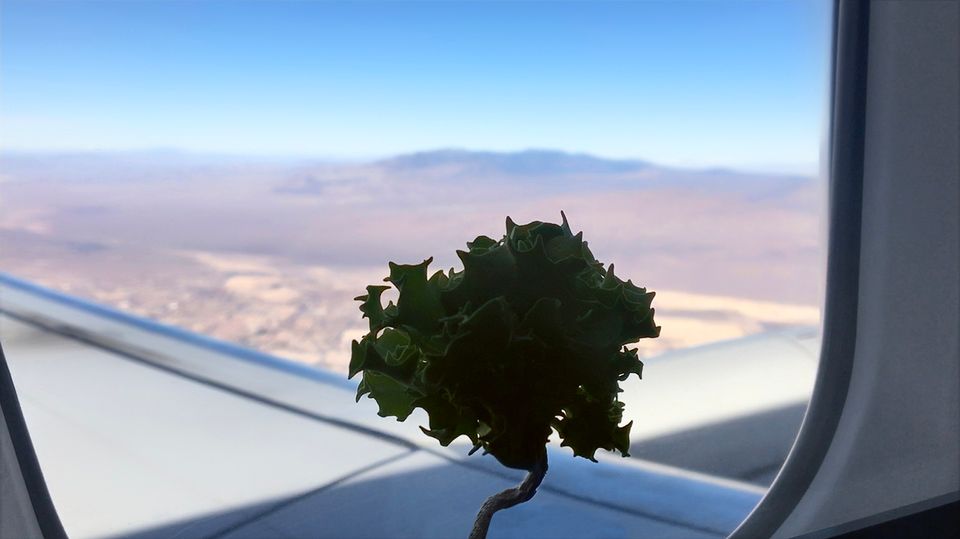 Atriplex Hymenelytra, or the desert holly, is one of the most drought resistant plants in the US. “I want this plant to act a symbol of hope or healing, to help us out of the hopelessness and to find a less violent future,” Roth says. Martin Roth

Roth removed a small bush from the garden and brought it back to New York wrapped in wet paper towels. There, he identified it as Atriplex hymenelytra, or desert holly, one of the most drought-resistant plants in the US. “I want this plant to act as a symbol of hope or healing, to help us out of the hopelessness and to find a less violent future,” the artist says.

Roth’s installation will recreate the hallway carpets of the Mandalay Bay hotel, where Paddock used his room as a sniper’s perch during the shooting, and where he eventually killed himself before police arrived. The artist wishes to stress that he wants the exhibition “not to be about destruction or death, but to approach the discussion about violence from a different perspective”.

Following the deadly school shooting in Parkland, Florida, the work has taken on a more activist bend, with the artist planning to distribute pre-stamped protest postcards at the gallery that visitors—including school children—can write or draw on and mail to politicians and companies that continue to support the National Rifle Association (NRA).

Speaking before the shooting in Parkland, that killed 17 people on 14 February, Roth said: “The mass shootings in the US seem to be nearly constant; they’re taking innocent lives and affecting our consciousness in a significant way. There is a sense of hopelessness that we are still unable to effect political change. I am not suggesting that the answer to the question is in this plant, but maybe there is a way to make progress in this debate by reframing the dialogue as a conversation about healing.”

Since the national school walkout protests against gun violence, Roth adds that he is "very inspired by the actions of the high school students all over the country". The artist says that, as well as serving as a space for reflection, he hopes the installation can also help contribute to direct action. "We want to give out information on how to contact local elected officials in order to urge them to change gun laws, how to contact companies that support the NRA," Roth says. He adds that he is planning to bring students from local schools to visit the exhibition to talk about how they have been affected the shootings. And if the installation is eventually sold to an institution, Roth says he "would like to donate that money to the Las Vegas victims’ fund".