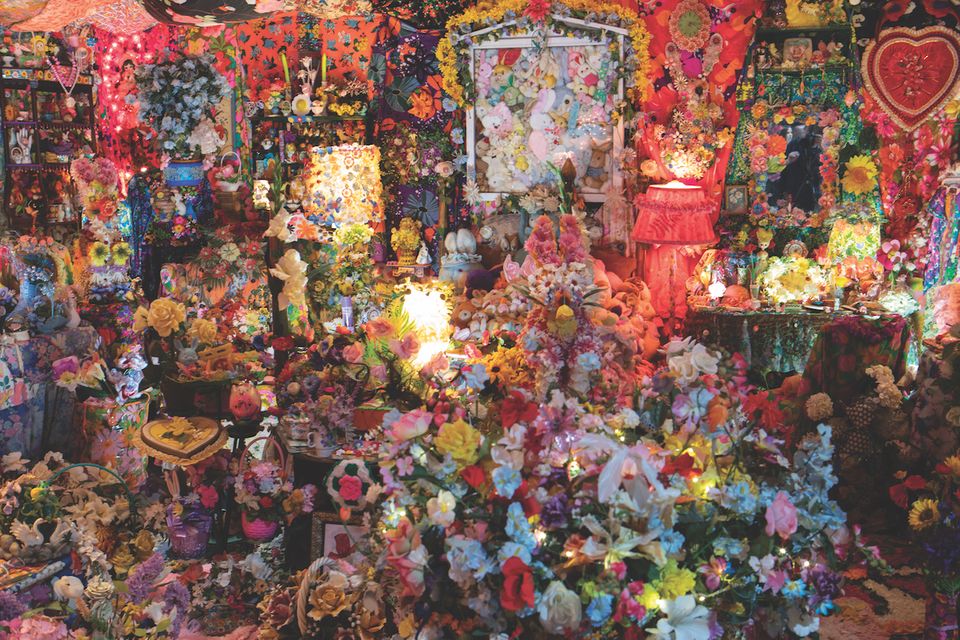 Portia Munson’s The Garden (1996) is appearing at P.P.O.W. gallery in the Meridians section Photo: David Owens

Munson’s work is a bed of roses—and more

“The Garden found a home! I’m over the moon excited!” the artist Portia Munson announced on Instagram yesterday, after her work in Art Basel in Miami Beach’s Meridians section was snapped up by the collector and founder of 21c Museum Hotels, Steve Wilson, for $225,000. Munson’s bountiful bedroom, overflowing with stuffed animals and florals of every shape and variety, “looks at how a feminine character is typically represented, and the clichés associated with these representations”, says the sector’s curator Magalí Arriola. The piece also acts as a comment on how society’s preoccupation with material goods is slowly killing the planet. “Love it!” Wilson posted on social media about his recent acquisition. “A 15x15 room with 15,000 pieces of little girl pink ‘stuff’.” E.S. 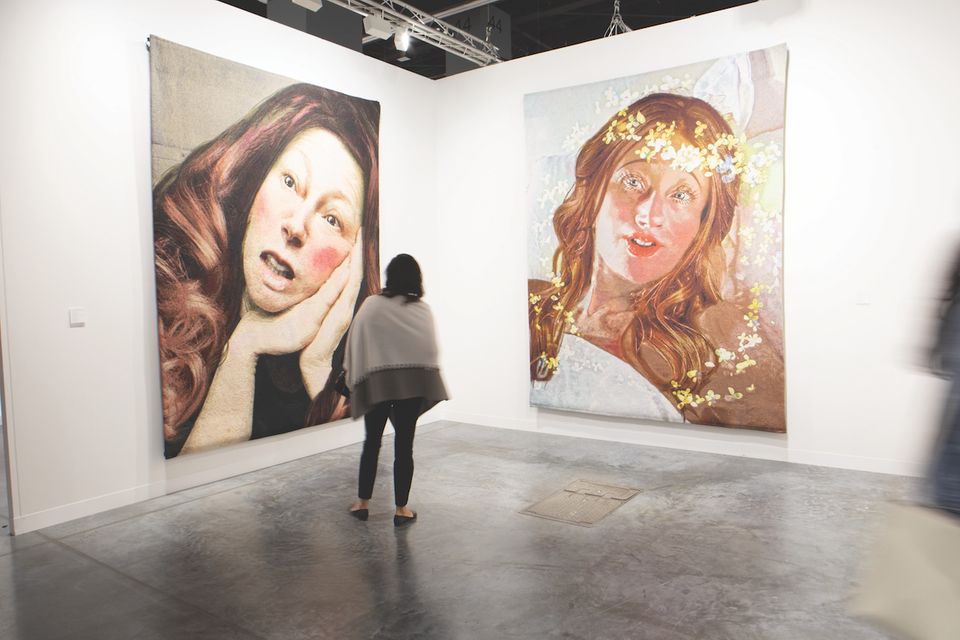 Cindy Sherman’s face in its many guises has previously been transferred onto porcelain dinner services and commemorative-style plates. For her latest body of work, the US photographer has turned to textiles for the first time. Two enormous tapestries bearing Sherman’s face blown up nearly 3m high and 2m wide are on show at Metro Pictures at Art Basel in Miami Beach (priced between $100,000 and $200,000). They are possibly a comment on art-as-commodity, but, as Sherman has previously said about her work: “I’m not going to go around espousing theoretical bullshit.” A.S. 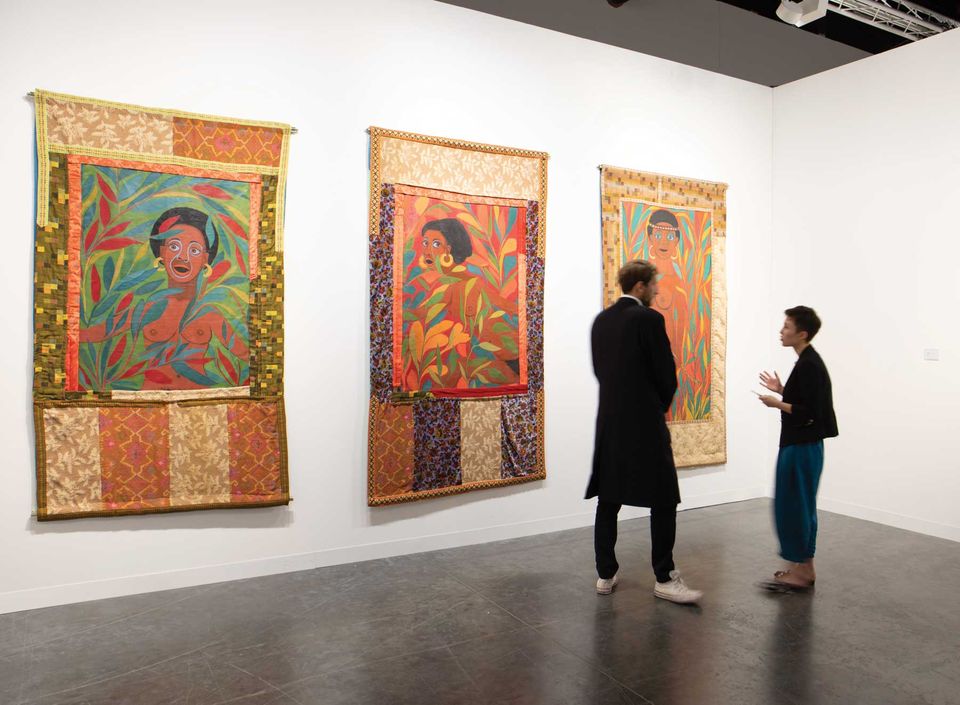 A group of works by the African American artist Faith Ringgold are making a break in their global museum tour to appear at Art Basel in Miami Beach. Pippy Houldsworth Gallery is exhibiting three Slave Rape (1972) Tibetan thangka paintings alongside The Flag is Bleeding #2 (American Collection #6, 1997) and Early Works #16: A Man Kissing His Wife (1964). All were in Ringgold’s Serpentine Gallery show in London this year and will now travel to the Bildmuseet, Umeå, Sweden and the Glenstone Museum in Potomac, US. The Slave Rape works were sold to a private collector for an undisclosed sum, as was The Flag is Bleeding #2. A.B.

about 14 hours ago
Lockdown easing: the best gallery shows to see in London right now