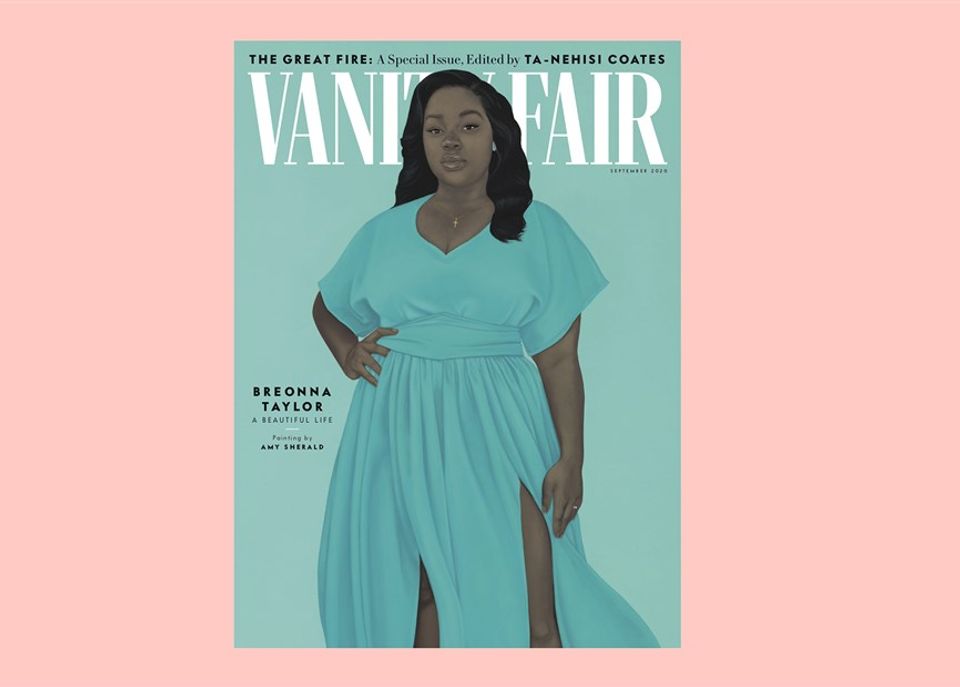 A portrait of Breonna Taylor, a 26-year-old emergency technician who was fatally shot in her bed by US police in Louisville, Kentucky, will grace the cover of Vanity Fair for its September issue.

The painting by the US artist Amy Sherald, whose 2018 portrait of the former first lady Michelle Obama currently hangs in the National Portrait Gallery in Washington, DC, celebrates the life of Taylor, whose death has formed one of the focal points of the Black Lives Matter movement and its demands to "defund the police".

"I made this portrait for her family," Sherald tells Vanity Fair. "Producing this image keeps Breonna alive forever."

Taylor was killed by three Louisville Metro police—Jonathan Mattingly, Brett Hankison, and Myles Cosgrove—on 13 March this year. The officers entered Taylor's apartment on a "no-knock search warrant" related to a drug charge for a house 10 miles away. Nationwide protests and online petitions have since proliferated in response to Taylor's death. Around 500 protestors have been arrested by the Louisville Police Department. None of the police officers involved in Taylor's shooting have been prosecuted.

Vanity Fair's September issue will be edited by contributing editor Ta-Nehisi Coates, an author and journalist who writes largely on Black race relations and histories. He came to prominence for his essays published in the Atlantic, Fear of a Black President (2012) and The Case for Reparations (2014), which highlighted the historic and ongoing wealth disparity between Black and white Americans. The September issue of Vanity Fair will focus on art and activism in the 21st century.