The first phase of the campus expansion master plan has been delayed and there will be an estimated $1m to $2m in hurricane-related expenses, but storm preparations saved the museum from more costly damage 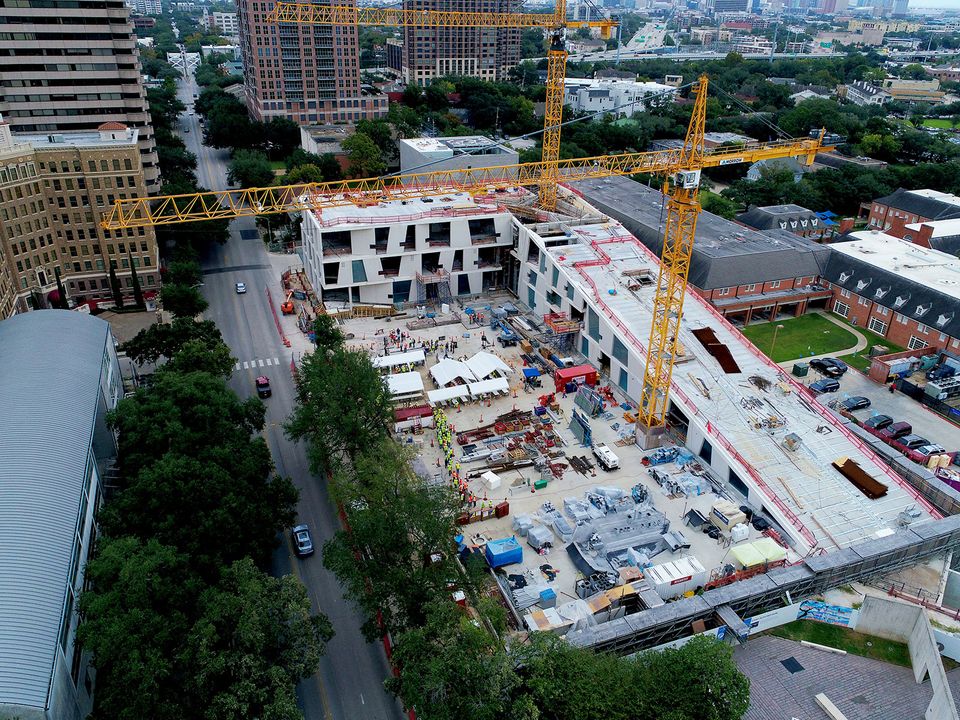 “Everything has changed in Houston post-Harvey,” says Gary Tinterow, the director of the Museum of Fine Arts, Houston, referring to the hurricane that devastated his city in late August. Before the storm hit, the museum was in the middle of a $450m transformation of its 14-acre campus, overseen by Steven Holl Architects, and had been on schedule to open the first phase in January 2018. It has now moved the inauguration of its new Glassell School of Art to May and Tinterow estimates there will be $1m to $2m in hurricane-related expenses added to the overall construction budget.

Quick storm preparations saved the museum from more costly damage and delays, and the surrounding neighbourhood from greater flooding. On the Friday before the storm hit, contractors built a 12-foot concrete wall in the open pit of the excavation site for the new Modern and contemporary art building named for Nancy and Rich Kinder to try to contain water from backing into the tunnel that leads to the recently completed garage under the Glassell School.

“What we didn’t anticipate was taking on 2 million gallons of water,” Tinterow says. The site became known internally as “Lake Kinder”, and some water breached the makeshift wall and damaged mechanical systems in the garage elevators, which had to be replaced. But the huge retention pond prevented the water from otherwise collecting in the streets and entering the museum’s main Mies van der Rohe-designed building, which is raised only a few inches above the curb. “We were able to keep the water out of the lobby just with Wet Vacs,” he says, adding that they were able to pump the temporary lake out into the sewer system once the city began to drain. A model view of the MFAH's future Fayez S. Sarofim Campus, with the Glassell School of Art (left) and the Nancy and Rich Kinder building (right) Courtesy of Steven Holl Architects

The museum’s master plan, scheduled to be completed by early 2020, also includes the museum’s first dedicated conservation center by Lake l Flato Architects, a series of interconnected plazas by Deborah Nevins & Associates, and two new underground tunnels linking the new buildings to the existing ones.

Holl's dramatic L-shaped building housing the Glassell School—which runs the well-respected post-graduate Core Residency Programme and includes artist alums like Julie Mehretu, Leslie Hewitt and Trenton Doyle Hancock—rises to three stories, with one side serving as a massive ramp that connects the rooftop garden to a new street level plaza. Among the recent acquisitions for the public green space is Anish Kapoor’s towering and reflective “Cloud Column”.

“We see it as a High Line-type feature where people can walk up the ramp to the roof garden,” Tinterow says, noting that the ramp will be planted with deep-green Asian Jasmine. “It loves the heat and humidity,” he says. “And it can take blowout floods.”