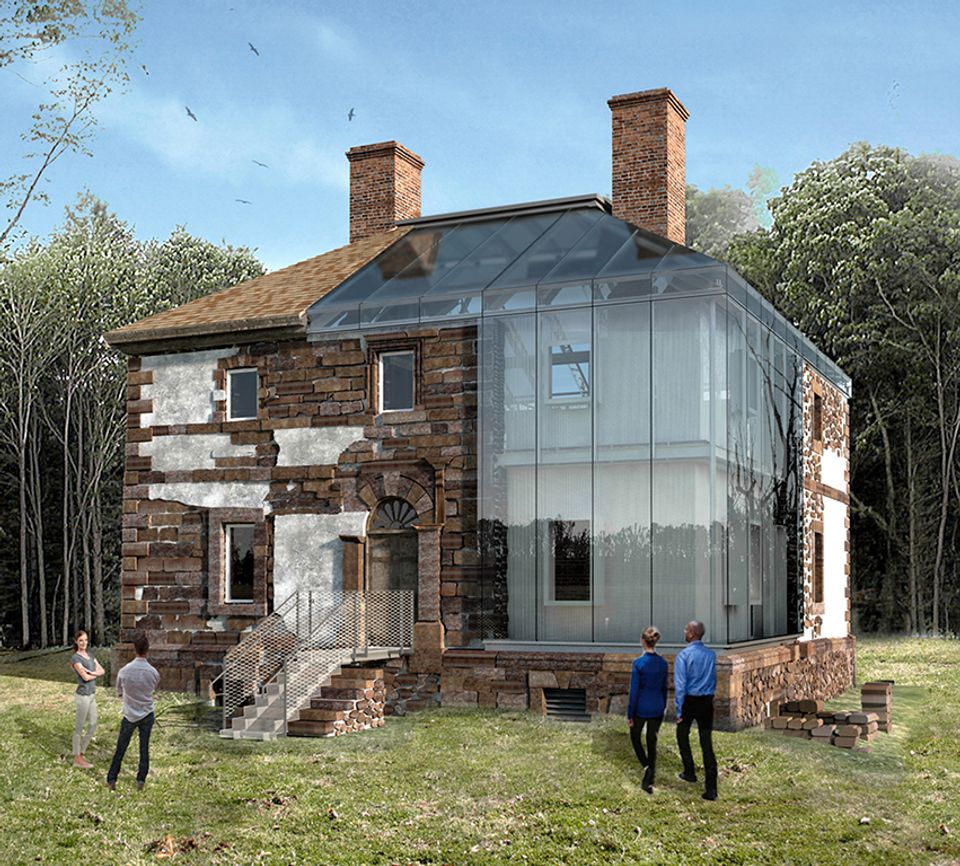 An exterior rendering of the Menokin Foundation’s Glass House Project, which is expected to open to visitors in 2023 Courtesy of Machado Silvetti

Construction work has begun on a project to transform the ruins of Menokin, a 1769 house in Virginia that was owned by the Declaration of Independence signer Francis Lightfoot Lee, into a model for reinterpreting historic sites.

Dubbed the Glass House Project, the $8.5m effort involves preserving the stone, brick and timber remains of the collapsed house while replacing missing walls, floors and sections of the roof with structural glass. The glass will serve not only as a protective covering for the remaining structure but also as a window for peering into the layered pasts of the people who built, worked and lived on the property. That history includes black slaves who toiled there on a tobacco plantation and members of the Rappahannock tribe, who lived on the land for centuries (dubbing it Menokin) before Lee built the house.

The remains of the structure, protected by the nonprofit Menokin Foundation since its founding in 1995, were declared a National Historic Landmark in 1971 and lie on 500 acres of agricultural fields, woodlands and waterways near Warsaw in the rural Northern Neck of Virginia. The foundation removed many trees that had sprouted within the house and built a protective roof over its ruins in 2000 but chose to forgo a traditional reconstruction in favor of something that might prod the imagination of a contemporary audience.

Designed by the architecture firm Machado Silvetti, which previously oversaw the renovation and expansion of the Getty Villa in Malibu, California, the Glass House Project is intended to be a guidepost for exploring new techniques in the dynamic preservation of historic landmarks. The innovative structural glass supporting and offering a window onto the original elements was designed by the engineering firm Eckersley O’Callahan.

Sam McKelvey, executive director of the Menokin Foundation, says that visitors will one day be able to gaze upon fingerprints of the slaves who built the house, embedded in bricks, as well as the marks etched by their hand tools on the timbers. Hog and horse hair gathered by slaves will be visible in the mortar, he adds. “Menokin is big on trying to evoke emotion,” he says of the foundation’s approach. “Our goal is making history visceral, real and relevant.”

McKelvey says that the team might also showcase archaeological finds from the era of the Rappahannocks, which have ranged from a pipe imprinted with an image of a deer to shards of pottery to projectile points. Members of the tribe will lead the way in deciding what artefacts should be put on display, he adds.

After the property was taken from the Rappahannocks through the granting of a land patent to the colonist John Stephens in 1657, McKelvey says, evidence suggests that the property was purchased by a slaveowner in the 1730s. The acreage was later acquired by Lee’s father-in-law before it was given to Lee and his wife as a wedding gift before the couple had the house built in 1769.

Because the foundation does not want to prioritise owners over labourers or one period over another (and the house will in any case not be airtight), McKelvey says, there are no plans to display period furniture in the interior. The structure will be largely empty, with projected images and audio highlighting the full dimensions of its history. “All of this can’t be told without looking at the entire sweep of what Menokin represents,” he says. “Only looking at one family (like the Lees) could not give you that jaw-dropping realisation that individuals were probably sold with the land more than one time in their lives.”

Menokin’s approach to historic preservation is also exemplified by its so-called Remembrance Structure, a pavilion erected on the property in 2018 above the archaeological footprint of an 18th-century field slave dwelling. To avoid disturbing the archaeological site, the structure lacks a permanent foundation. Wrapped in a translucent fabric, it is illuminated by solar lighting at night, glowing in remembrance of the former plantation’s enslaved inhabitants. A group of African American history scholars, local black community members and descendants of the enslaved took part in generating that concept.

Research continues. “We’ve found original lists of slave labourers from the time of the slaveowner who owned the house right before the Civil War,” McKelvey says. “Some of them came back [after being emancipated] and worked as sharecroppers. We want to know more about them.” 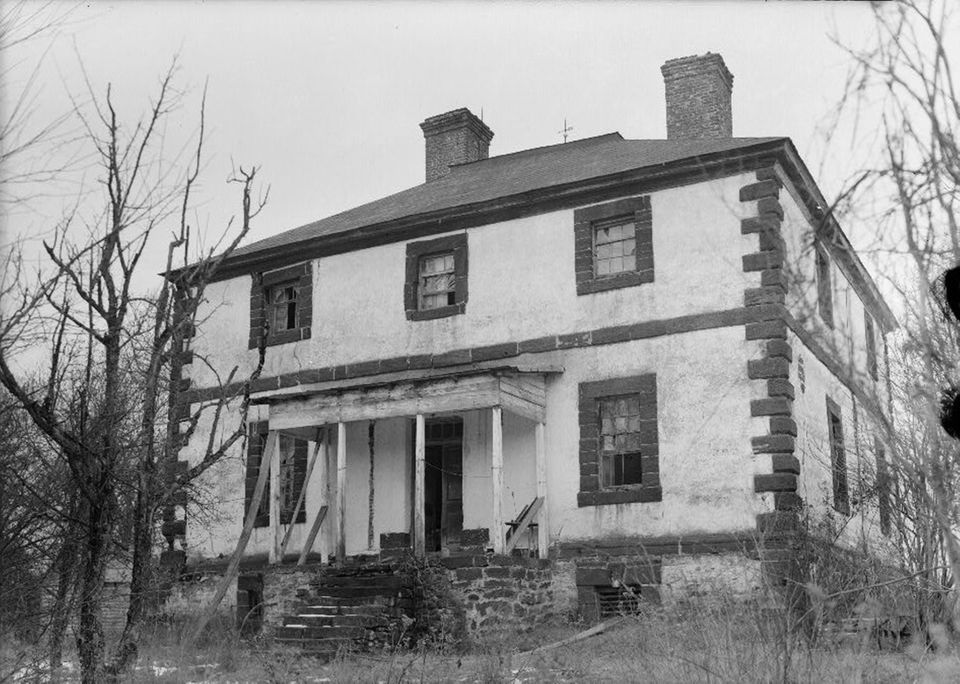 The foundation’s innovative approach to preservation has won plaudits and led the National Endowment for the Humanities to award it a $500,000 grant last year to advance the Glass Building Project, provided that the foundation raised $1.5m on its own. It has collected about two-thirds of that figure so far, McKelvey says.

The first challenge since work began this spring has been to remove scaffolding supporting the house and start disassembling the structure’s stones before reassembling them one by one to be plumb and therefore stable, he reports. Workers will then measure the stones, timber and walls so that measurements can be sent to an overseas glass contractor.

The house is expected to be ready for visitors by 2023.