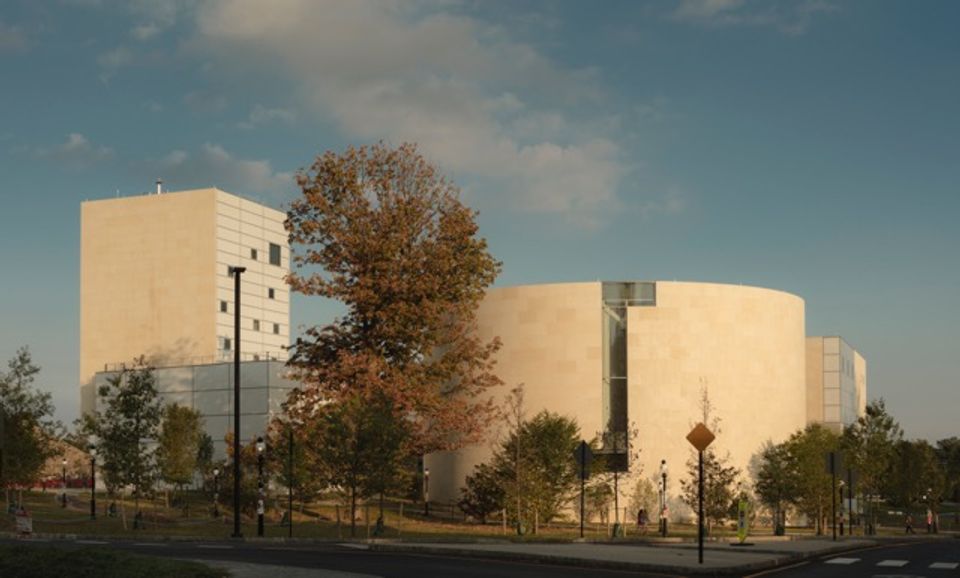 Princeton University fulfils a decade-long dream to grow its creative programmes today (5 October) with the launch of the Lewis Center for the Arts. The 145,000 sq. ft complex is designed by Steven Holl Architects and named in recognition of the lead $101m gift from the late US businessman and philanthropist Peter Lewis.

Princeton’s first purpose-built arts facility in its 217-year history realises the 2006 vision of its President Emeritus Shirley Tighlman to give the arts an identity and a home on campus. In a report presented to the university board at the time, she said that the initiative would establish “the creative and performing arts as an essential part of [Princeton’s] educational mission” and a complement to other disciplines. Until now, visual arts, dance, theatre and music events have always occupied renovated spaces at the university.

The new complex anchors a 23-acre, $330m arts and transit development and is made up of three buildings—one for theatre and dance, one for music and one for the arts. They are connected at the underground level, where there are flexible spaces that can host exhibitions, installations, performances and collaborations within and outside the arts. The Princeton faculty member and poet Paul Muldoon imagines these spaces may spur pioneering work from the most unlikely partnerships, for example between engineers and painters or poets and pianists.

The complex has a park-like setting with extensive landscaped plazas, pathways and green spaces. The artist Maya Lin has been commissioned to design an outdoor installation that will welcome classes and performances in the grounds.

To mark the opening, the university is hosting a four-day public arts festival (5-8 October), including more than 100 exhibitions, concerts, performances and film screenings. Among the offerings is a display by Steven Holl Architects of the firm’s concept sketches, models and construction drawings for the centre (Designing the Lewis Center for the Arts, until 15 October). Meanwhile, Douglas Gordon’s video installation 24 Hour Psycho, which slows down Alfred Hitchcock’s 1960 film to fill exactly 24 hours, inaugurates the new Hurley Gallery (10am-8.30pm daily until 22 October).