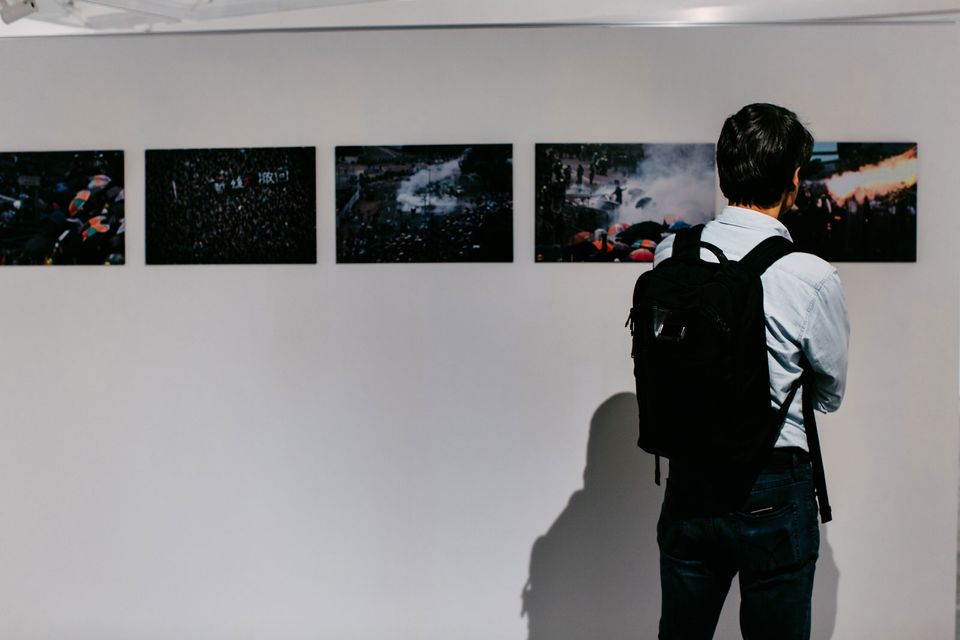 As the political crisis deepens in Hong Kong, a group of anonymous activists has defied the authorities by mounting a show of protest ephemera in a venue located in the Central district of the Special Administrative Region. The show at WMA Space, entitled Stand With Hong Kong: Global Newspaper Exhibition 2.0, is due to close today (14 August).

The group, known as Imagine Hong Kong, has organised the pro-democracy exhibition, featuring a series of print advertisements calling on the UK government to “uphold the freedoms guaranteed by the Sino-British joint declaration” (the advertisements were financed through crowdfunding campaigns). The exhibits include a statement published in The Washington Post, which says Stand with Hong Kong at G20 (the last summit of G20 countries was held in Osaka in June).

“This is a story of HongKongers; the ones who keep turning back even after rounds of tear gas, their bloodshot eyes showing nothing but determination to save the city,” a wall text in the show says.

Anti-government protests began in June in response to a proposed extradition bill which has since been suspended but not withdrawn. The demonstrations have since developed into a wider pro-democracy movement, with an estimated two million people taking to the streets.

An earlier exhibition—Stand With Hong Kong: Global Newspaper Exhibition 1.0—also featuring newspaper material ran in the Art and Culture Outreach space in early July. In 1.0, open letters in 18 international newspapers were shown under the theme "Stand with Hong Kong at G20", alongside a timeline charting the anti-extradition bill protests.

A spokesman for Imagine Hong Kong tells The Art Newspaper: “Fortunately, we've been able to find independent gallery spaces so the exhibition has not been censored. But given the current triad situation in Hong Kong, we do have safety concerns, which is why we have specifically arranged security for the exhibition.” He adds that the organisation is “planning to do more… we can say for certain that we're working on an archive.”

The Imagine Hong Kong spokesman tells us: “No one can predict what will happen in the coming few days. It is definitely getting worse though. Every weekend the situation escalates. Police are getting increasingly brutal and over 700 protestors have been arrested. Each day Hong Kong is being driven further away from the rule of law and freedom.”