Five demonstrators will go to court on charges of theft 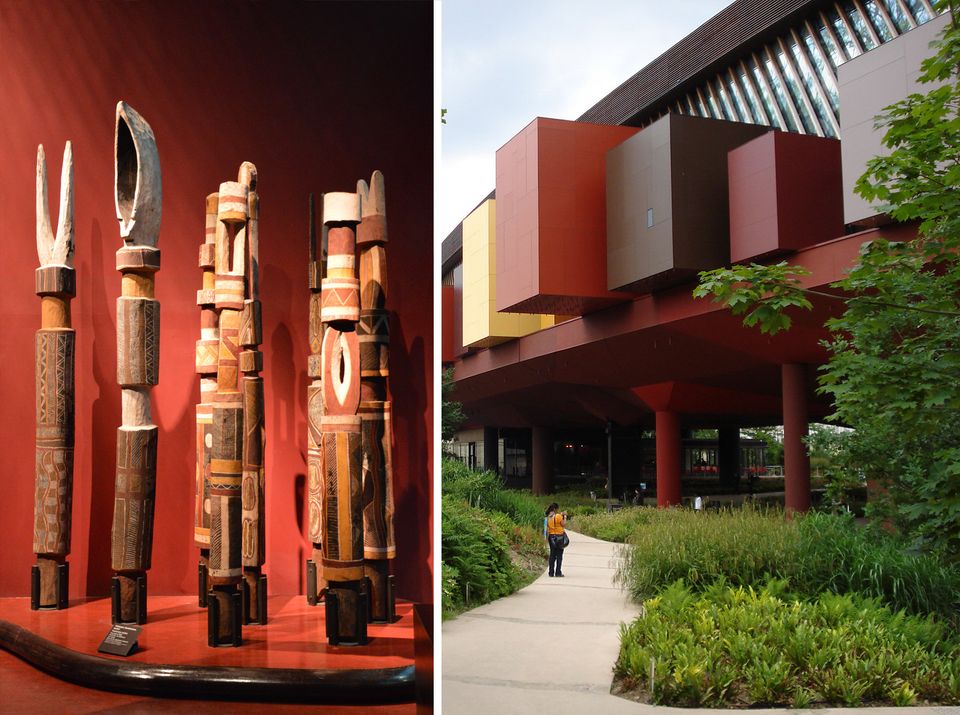 A group of demonstrators who stormed the Musée du Quai Branly-Jacques Chirac in Paris last Friday say they tried to seize an African funeral pole from the museum because “most of the works were taken during colonialism and we want justice”. The five protesters were stopped before they could leave the museum with the work.

In a statement, the French Ministry of Culture says that five people tore a 19th-century Bari funeral pole from its base at the ethnographic museum. “They formulated political messages and disputed the presence of this work, and others, in French collections,” the ministry says. The incident comes in the wake of Black Lives Matter demonstrations sparked by the death of George Floyd.

The African activist Mwazulu Diyabanza led the protest group known as Les Marrons Unis Dignes et Courageux, which describes itself as “a pan-African organisation which fights for the freedom and transformation of Africa”.

Congo-born Diyabanza tells The Art Newspaper that “colonialism has stripped us of our identity. I will bring to Africa what was taken.” The five protestors were arrested and are due to appear in a Paris court on 30 September charged with attempted theft, Diyabanza says.

The French Minister of Culture, Franck Riester, says that he “strongly condemns the attack on a work in the collections of the Musée du Quai Branly-Jacques Chirac and the instrumentalisation of heritage for political purposes”. The work, which has been returned to the museum, suffered no significant damage, the ministry adds.

The incident brings the issue of restitution to the fore once more with a renewed call for Western museums to consider returning works to their countries of origin. The newly appointed president of the Musée du Quai Branly-Jacques Chirac, Emmanuel Kasarhérou, told The New York Times that any restitutions would have to be considered on a case-by-case basis. “I’m not in favour of objects being sent out into the world and left to rot,”Kasarhérou said.

Meanwhile, President Emmanuel Macron said in a televised speech that “the [French] republic will not erase any trace, or any name, from its history... it will not take down any statue”. Police are protecting some statues including a monument dedicated to Jean-Baptiste Colbert located near the River Seine in Paris. As the general controller for finance under King Louis XIV, Colbert drew up the Code Noir which defined the conditions for slavery.