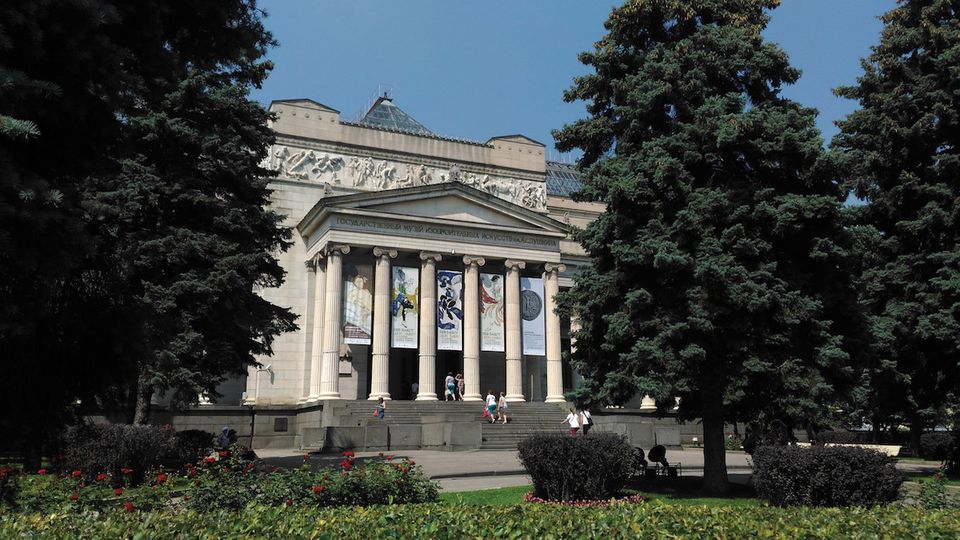 The Pushkin State Museum of Fine Arts in Moscow will soon take over the running of Russia’s National Centre for Contemporary Arts, whose nine branches extend from Kaliningrad on the Baltic Sea to Tomsk some 4,000km east. The merger, which follows plans to open a “Pushkin Modern” inspired by Tate Modern in London, confirms the museum’s broad ambitions in contemporary art.

“We are in the process of understanding the opportunities, which are huge, of working across our country’s considerable expanse,” and particularly with young people, says Marina Loshak, the Pushkin’s director. Several new NCCA branches are under discussion for the university cities of Khabarovsk, Tyumen and Novosibirsk. Rather than “simply bringing masterpieces” to the regional art centres, the Pushkin wants to “use the local energy” to develop projects with communities, Loshak says.

The Russian culture minister, Vladimir Medinsky, announced the merger in July, saying that NCCA staff had appealed for the transfer from Rosizo, the ministry’s exhibitions branch, to the Pushkin. The NCCA, founded in the early 1990s by Soviet Nonconformist figures, has been shaken by a series of ideological and financial scandals. The legal handover to the Pushkin is due to be completed early next year.

It is not yet clear how the NCCA will be funded after the move. Local governors are supportive, Loshak says, “since all of this is connected with regional development”. She said in July that new partners were lined up to “fully subsidise” the NCCA’s expansion. Talks have already been held with the federal trade and industry minister to expand the Ural Industrial Biennial in Yekaterinburg, a signature project of the NCCA there.

The regional centres could also be a platform for international projects such as artist Alexander Ponomarev’s Antarctic Biennale, Loshak says, in which “the artist is the main actor, not a bureaucrat or a politician”. She hopes to build on the federally-funded initiative Nemoskva (More than Moscow), which has brought international artists and curators to Russia’s regions, by establishing broad exchanges with locations beyond the traditional European art hubs. “I dream of marrying Nemoskva with a Neparizh and Nelondon,” she says.