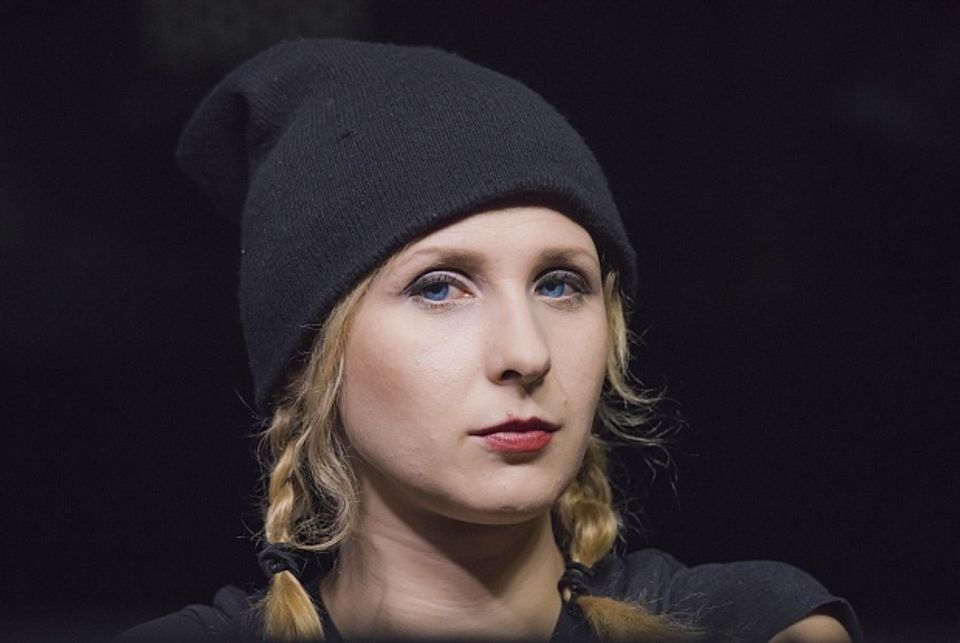 UPDATE: On 9 August, Pussy Riot tweeted the following: "Despite the official ban to leave Russia, Masha Alyokhina has found a way to escape, and she is flying to Edinburgh right now! Our residency with Riot Days Show at the Edinburgh Fringe begins on 10th! Until 19th daily!"

The Pussy Riot member Maria Alyokhina was blocked by the Russia’s Federal Security Service (FSB) from leaving Russia on Wednesday, when she was on her way to Edinburgh's Fringe festival (until 27 August) to perform from her book Riot Days.

In a tweet from Moscow’s Domodedovo airport she wrote that “the guys from the FSB border service told me that I am barred from leaving the country.”

Tickets for the show, which is scheduled to run from 10-19 August, are still available on the Fringe site, which describes it as merging “punk, electronica, theatre, documentary footage and protest.”

Alyokhina and Nadezhda Tolokonnikova spent nearly two years in prison after being arrested and convicted of of “hooliganism motivated by religious hatred” for their “punk prayer” against Vladimir Putin at Moscow’s Christ the Savior Cathedral.

They have since become activists for prisoners’ rights, starting a news website called MediaZona that documents trials and abuses and staging protests and performances against torture.

On 7 August, Alyokhina and Dmitry Tsorionov, a former Russian Orthodox fundamentalist activist who has become her boyfriend and ally, protested in front of Russia’s Federal Penitentiary Service, unfurling a banner equating it to the Soviet Gulag and posting photographs or prisoners who have recently been subject to torture.

In a Facebook post about the protest, Alyokhina wrote that the prison system is “a meat grinder that destroys the person in a person” and that “today in Russia anyone can end up behind bars,” that “for this it’s not even necessary to sing a song against Putin” because “you can be imprisoned for a post, a repost, a solitary picket, or for speaking with your friends about politics at McDonald’s,” referring to a current case against a group of students accused of plotting aginst the Russian government.

After being stopped at Domodedovo, Alyokhina, who had been travelling abroad without difficulty, told The Insider, a news site, that most likely the FSB had “stepped things up after yesterday’s protest.”

The Federal Bailiff Service told the the official Tass news agency on Wednesday that Alyokhina was temporarily barred from leaving the country for failing to fulfill the court-ordered community service as punishment for holding two previous protests in front of FSB headquarters on Lubyanka Square in Moscow.