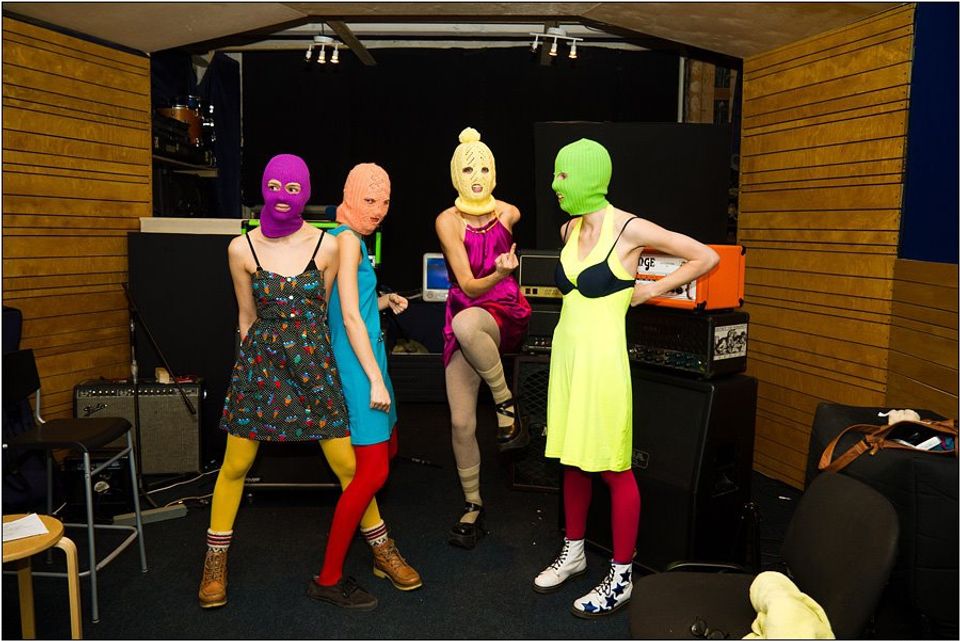 Pussy Riot will receive 37,000 euros in compensation plus legal fees from Russia Wikicommons

The Russian activist group Pussy Riot will receive 37,000 euros in compensation plus legal fees from Russia following a European Court of Human Rights (ECHR) ruling that was upheld in Strasbourg on 4 December.

In a surprising statement, Russia’s Justice Ministry said it would pay up. "There are no procedural ways to appeal the ECHR ruling," the ministry’s press service told the Interfax news agency on Wednesday. "The Russian authorities diligently implement all ECHR decisions, regardless of who the applicant is."

Russian officials have repeatedly threatened in the past year to withdraw from the Council of Europe and the ECHR for rulings against Russia.

Irina Khrunova, a lawyer who represented Pussy Riot members Nadezhda Tolokonnikova, Maria Alyokhina and Yekaterina Samutsevich at the ECHR told the Interfax news agency that that they would also prod Russia’s Supreme Court to overturn the 2012 conviction that sent Tolokonnikova and Alyokhina to prison for nearly two years for a “punk prayer” against Vladimir Putin at Moscow’s Christ the Savior Cathedral.

Russia had been seeking to appeal the ECHR’s 17 July ruling that the prosecution of Pussy Riot had violated the group’s human rights both in their pre-trial detention and treatment in court as well as their right to freedom of expression, but the court refused to send it up to its Grand Chamber.

Russia has three months to pay €16,000 each to Tolokonnikova and Alyokhina and €5,000 euros to Samutsevich as well as to compensate them for €11,750 in legal costs.

In a tweet, Tolokonnikova referred to Pussy Riot’s lawyers as "legal magicians", and in a Facebook post praised them at length for pursuing the case. She said that Khrunova had visited her at the prison camp at a hopeless moment when she was chastising herself for being a failure at her forced labor in a penal sewing sweatshop.

“I reproached myself then for not being able to sew, instead of immediately refusing to work in slave-like conditions on machines that fell apart in our hands,” Tolokonnikova wrote. “It’s stitched into many of us girls in Russia to be submissive, to turn our aggression against ourselves.”

Hegumen Philipp Ryabykh, who represents the Russian Orthodox Church at the Council of Europe, told Interfax that the ECHR ruling undermines religious freedom.

"Instead of searching for a balance, the European Court has defended the freedom of a minor group of people at the expense of the freedom of millions of other people," he said.