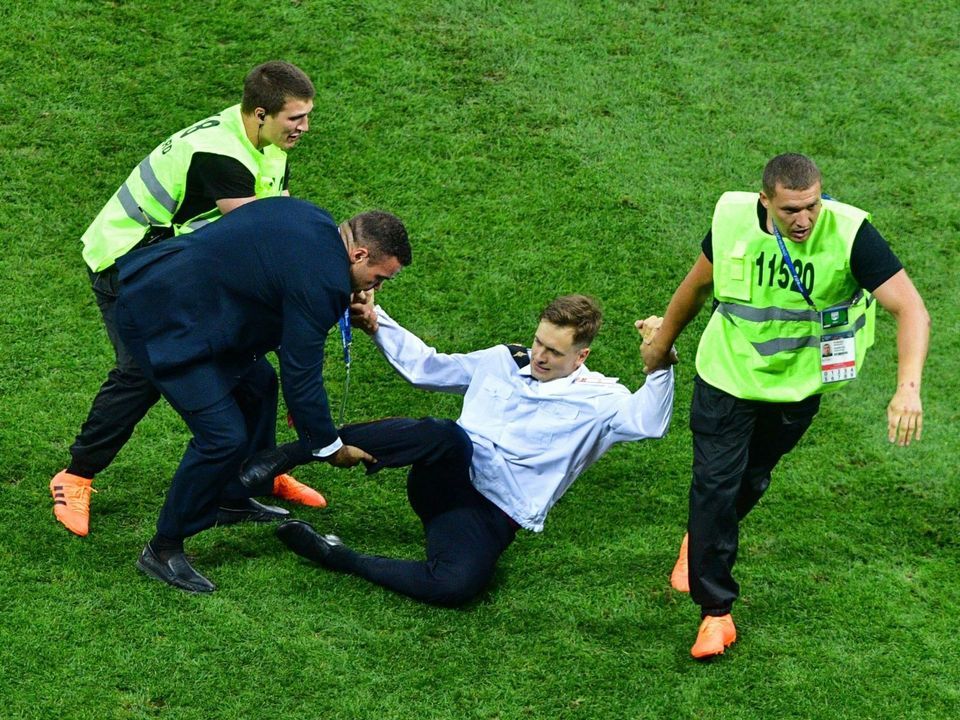 Pyotr Verzilov, known for his role in supporting Pussy Riot, the Russian feminist artists’ collective famous for its outspoken protests against President Vladimir Putin, is likely to have been poisoned, the German doctor treating him in Berlin told reporters on Tuesday, according to Russian media reports.

“This is a case of poisoning with a high degree of probability,” Kai-Uwe Eckardt of the Charite clinic said at a news conference, the Interfax news agency reported. The doctor said that the source of the poisoning had yet to be determined. “It might have been medicines or some natural causes,” he said.

Verzilov was flown to Berlin for treatment on 15 September after falling ill in Moscow last week. The flight was arranged by his father, according to Veronika Nikulshina, a Pussy Riot member who is believed to be Verzilov’s girlfriend, Interfax reported.

According to Interfax, Einhäupl said that drug tests on Verzilov were negative and that it might not be possible to identify precisely the toxin or how he was exposed.

"We are quite confident that he will fully recover," Eckardt said.